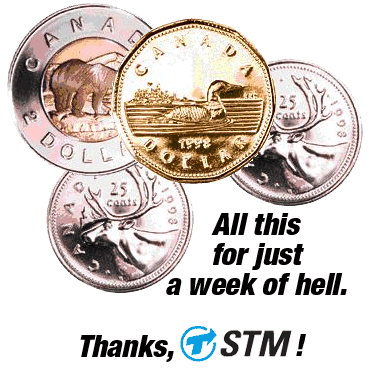 As expected, the STM is offering a $3.50 refund for people who have May 2007 bus passes and had to endure a four-day maintenance workers’ strike that shut down service for more than half the day.

The details are in this STM press release, which, following their “Fuck You Anglos” policy, is available only in French.