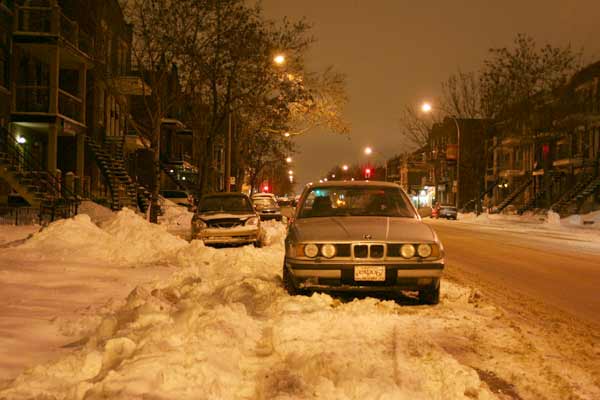 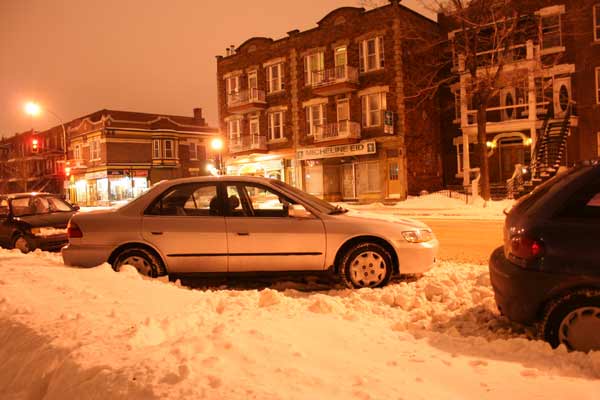 This was pretty mild compared to the diagonal parking going on. 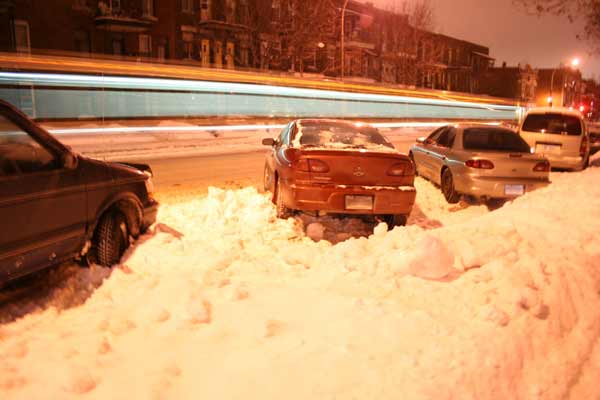 Aside from the coolness factor of a bus passing by as I took the photo, this shows clearly that one diagonal parker begats another. 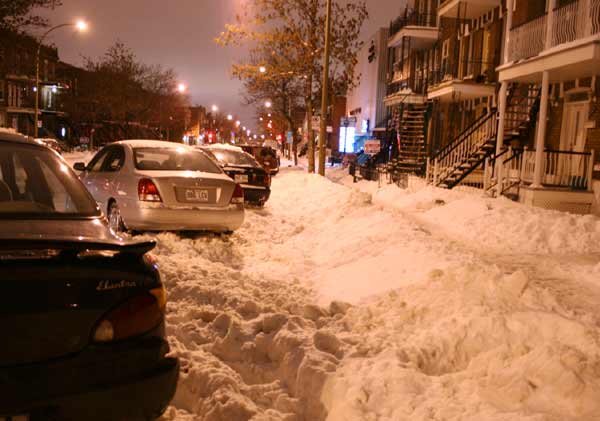 Though there are deep snowbanks here, each car clearly has another three or four feet at least behind it. 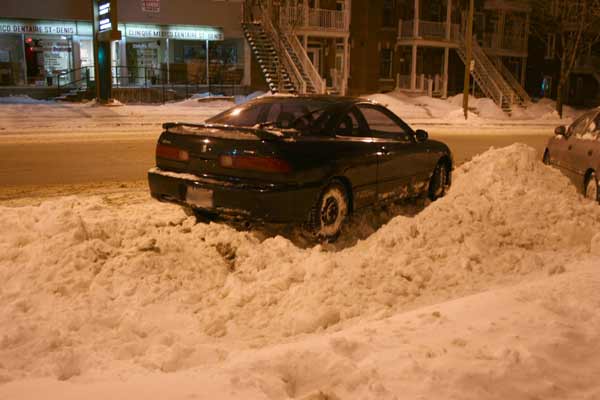 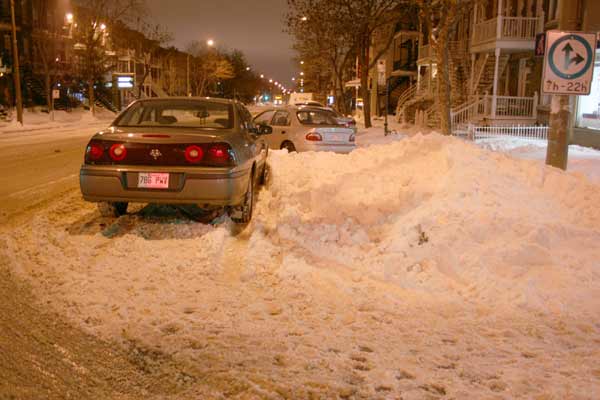 I had to measure this one. There isn’t a single part of this car less than 10 feet (3 metres) from the curb. The law gives a maximum distance of 30 cm. 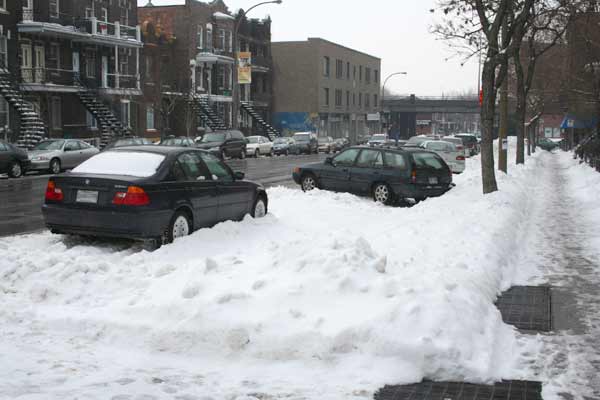 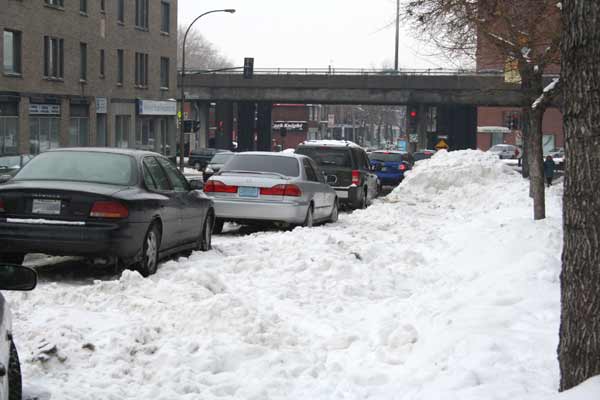 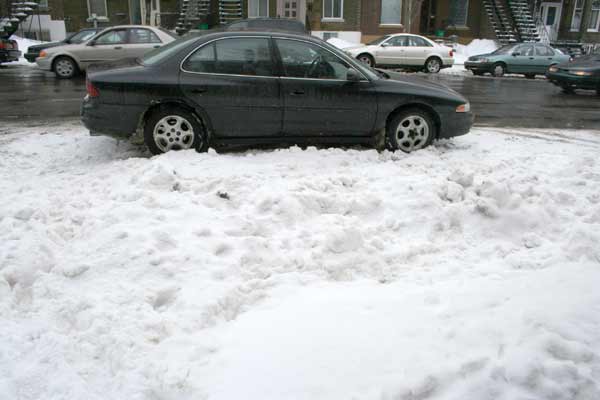 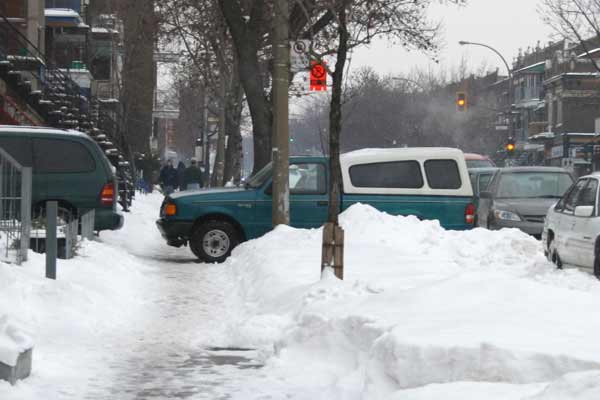 I can’t begin to describe how illegal this park job is.

Should this be tolerated?

Even though these vehicles were all parked illegally (and drastically so), not one had a ticket in the windshield. It seems police quietly tolerate such activity during snowstorms, giving drivers a break, at the expense of traffic and especially large traffic like buses and trucks which have to squeeze through what little space is left on the road.

Is this right? Should some short-term anarchy be tolerated because of the difficulty in finding alternative spaces to park? Or should drivers be screwed over, forced en masse to find some other solution that either doesn’t exist or is already being used to capacity?