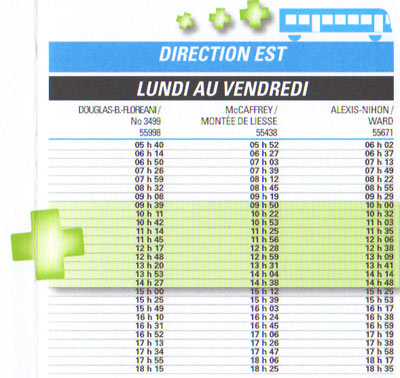 New schedule for 175 bus with added departures highlighted (via CPTDB)

The STM has announced some changes to bus lines, primarily in the area of the St. Laurent industrial park:

Also approved by the STM’s board of directors last week is the creation of a new line, the 467 Express Saint-Michel, which would provide limited-stop service along St. Michel Blvd. during rush hours. The 67 Saint-Michel is the busiest single bus route in the entire STM network with about 40,000 riders a day (the Côte des Neiges, Parc Ave. and Pie IX Blvd. axes have more ridership split over regular and rush-hour reserved lane routes). Expect this new line to come into service either in January or March.