In November, when Canwest announced it would be cutting 5% of its workforce, everyone at The Gazette started getting nervous. Would there be layoffs? How many people is the paper going to lose?

The last round of buyouts was less than a year before, and the paper is still paying those people not to work for it anymore.

Shortly after Canwest’s announcement, details of a buyout offer were circulated and people started applying. In the end, more people applied than The Gazette was willing to part with, and that number was less than some had feared (it’s less than 5% of the newsroom, probably in part because of those buyouts last January).

The cuts in the editorial department number only three. Of them, only one is a reporter. But, as Editor-in-Chief Andrew Phillips pointed out, combined they represent 95 years of service to The Gazette.

As of Jan. 1, all three are unemployed, albeit with a sack full of cash. 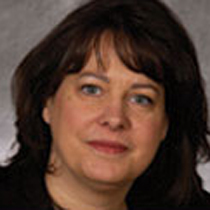 Elizabeth Thompson was The Gazette’s Ottawa bureau chief, and as it turns out she will be its last. With the establishment of Canwest News Service in Ottawa, coverage of Parliament Hill at Canwest newspapers has been centralized reporters from the regional papers have been sent home. Even the Ottawa Citizen has cut down its Parliamentary staff.

On one hand, it just makes sense to avoid duplication. In the United States, the number of reporters covering Washington has plummeted as smaller regional papers decide to simply rely on wire services than go through the expense of setting up their own bureaus.

On the other hand, Quebec-Ottawa relations are complicated to say the least, and Thompson had carved a niche for herself covering the Bloc Québécois and other Quebec interests in Ottawa. Her final story, which appears in Friday’s Gazette, is an interview with Official Languages Commissioner Graham Fraser. It includes a video.

I spent Thursday evening with Thompson, resolving some issues about the Fraser video which for some reason couldn’t be read or uploaded. Because she was based in Ottawa, her presence in the office was rare (we’d communicate over the phone), but she was in town so she stopped by the office. During various uploads, downoads and processing cycles, I asked her what she’ll be up to next. Though she has a few ideas, nothing is set in stone beyond a few freelance gigs she’s lined up. But she says that, for now, she’s not leaving journalism and she’s not leaving Parliament Hill. She’s promised to let Fagstein readers know when future projects launch.

UPDATE (Jan. 24): Thompson has accepted a job as a parliamentary reporter for Sun Media.

In her final goodbye post at her On the Hill blog, Thompson looks at the history of The Gazette’s Ottawa bureau, and the legacy that is leaving with her. She mentions the difficult choice she had to make, between returning to Montreal with The Gazette and leaving altogether.

The buyout money probably helped with that decision. 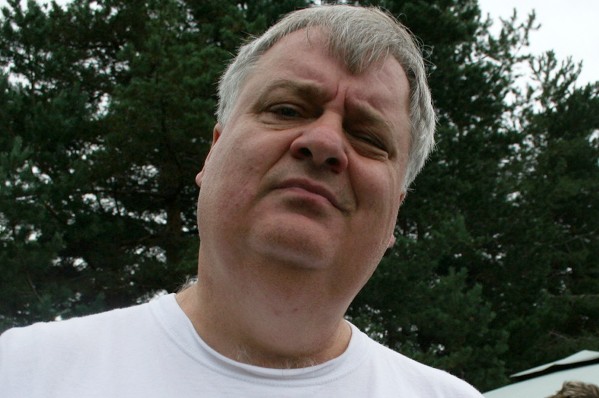 Peter Cooney was The Gazette’s Insight section editor, soccer blogger, as well as the author of its weekly Bluffer’s Guide. He was also the person who setup the Quark-based publishing system that’s still being used to put out the paper (with Quark 3.32!)

He was also one of my journalism professors at Concordia, where he taught me a class on, funny enough, copy editing. He taught me British words like “lorry” and “petrol” and “spot on” and “Wolves rule“. I promptly forgot everything he taught me.

Cooney doesn’t have the foggiest idea what he’ll be up to next, though he plans to keep blogging for The Gazette for now. If you have any suggestions, let me know and I’ll pass them on.

Finally, Leon Harris is the Ted Stevens of Gazette copy editors, and worked for the paper most of his adult life* (almost half of those 95 years of service are his). He retires as a copy editor, though I knew him best as the night assistant city editor, which meant he was the guy who city reporters filed their copy to in the evening.

Harris had a reputation as being a grumpy old man (hence the Stevens reference), but also someone who demanded a lot of his reporters, especially younger ones. Summer interns would quickly learn to fear him, with the knowledge that every error, every weak lead or insufficiently explained fact would be called out with an angry demand that it be fixed.

On the other hand, when he handed out praise, even faintly, those same reporters would take that as a badge of honour, knowing they achieved a near-impossible task.

Harris was also, due to his decades of experience, a walking encyclopedia about Gazette style, Gazette history and Montreal in general. Many questions would be more easily answered by asking Leon than by looking it up in a book.

Since he was close to retirement anyway, the buyout was almost a no-brainer. For a man who doesn’t even own a computer at home, the revolution in the media landscape gave extra incentive to take the money and run.