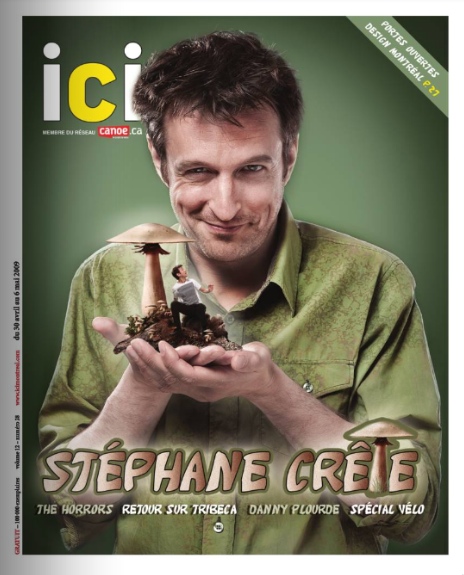 Quebecor has just announced that it is shutting down Montreal alt-weekly ICI, with its last print edition coming out tomorrow. From then on, columns will be published online and in an insert in the Thursday edition of 24 Heures, another Quebecor paper. The move results in nine layoffs of permanent employees as well as a loss of income for 15-20 regular freelancers.

Quebecor’s release takes great pains to say that the company did whatever it could to prevent the paper’s shutdown. I guess that’s supposed to include forcing freelancers to sign abusive contracts, a move that led a high-profile columnist to leave. AJIQ, which represents independent journalists, didn’t mince words in blaming ICI’s downfall on its treatment of freelancers, which I think is pushing it a bit.

In the end, it probably made little sense for Quebecor to produce two free newspapers in Montreal in addition to the Journal de Montréal. So ICI is being canibalized in favour of 24 Heures.

The big question now is what happens to The Mirror, the anglo alt-weekly which is also owned by Quebecor. This move leaves two anglo weeklies (Mirror and Hour) and one franco (Voir). Voir and Hour are both owned by the independent Voir Communications.

Then again, The Mirror is older than ICI and the disparity in readership on the anglo side isn’t as high as it was with Voir and ICI. Quebecor confirms this, saying there’s no question about The Mirror being shut down.

It’s unclear where ICI’s voices will head now, though most are expected to stay with Quebecor in some capacity. Sophie Durocher will (continue to*) have a column in the Journal de Montréal’s weekend section, and Pierre Falardeau is expected to stay on in some capacity, according to Le Devoir. Two journalists will move to 24 Heures. ICI’s show on Videotron’s Vox channel, Ici et là, will also continue for the time being.

UPDATE: The final issue is on the stands, and sadly it looks like the plug was pulled after the issue was put to bed, because there’s not the slightest hint that this is the final issue. There are even mentions of future issues: 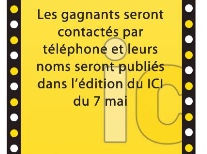 Some of ICI’s contributors didn’t find out about the closing until Quebecor’s press release caused journalists to ask them for comment.

UPDATE (May 5): Michel Vézina gives his take in his Montréal Express column.

Elsewhere in the blogosphere (no doubt this list will get bigger):

*UPDATE (Sept. 25, 2010): Sophie Durocher wishes to clarify that her Journal de Montréal column predates the lockout, so she isn’t replacing any unionized workers. Earlier versions of this post also contained a comment about her that, in hindsight, was somewhat unfair, and may have led people to the wrong impression about her Journal column.