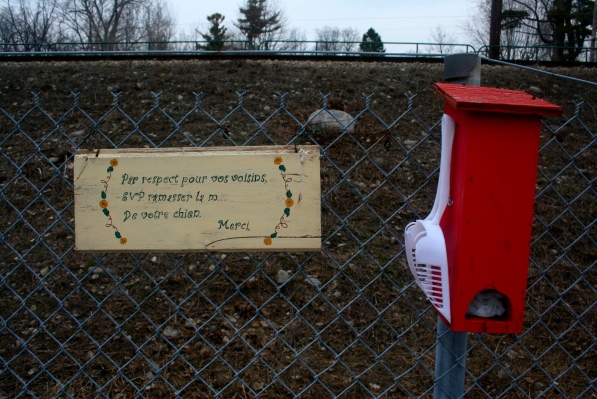 Patrick Lagacé has a column in today’s La Presse (and accompanying blog post) about a fake blog put together by a marketing company to promote Montreal’s Bixi bicycle rental system.

Lagacé chronicles the various methods used to pull the wool over people’s eyes: fake authors with fake Facebook pages and a fake story about how they met. He tries to get professional marketing experts to denounce the practice and cites rules for marketers that prohibit astroturfing like this. Patrick Dion also outright condemns the practice.

But curiously, the company behind this fake campaign defends the blog, apparently suggesting that the creation of fictitious personalities does not qualify as deception. Lagacé rightly tears Morrow Communications a new one for that.

So why go through all this trouble?

The answer is mentioned in passing by André Morrow:

What kind of self-confidence problem must you have that you need to create fake personalities because you’re convinced nobody will like you?

Of course, I reject the premise of what he’s saying. I subscribe to plenty of marketing outlets. I get press releases from public transit agencies, official notices from the government, blogs from newspaper editors promoting their content, even some CNW feeds. I do this because I want the official word from the company, and in a lot of cases that’s where the news comes out first.

The problem is that this stuff is informative but boring. It’s not edgy or creative, won’t get you talked about in the news or win any marketing awards.

But you can be creative and still be honest. Even knowing it came from a marketing agency, this video of a bike racing the 24 bus (legally) is still impressive. And there are plenty of other examples of this kind of marketing, even clearly labelled as such.

Morrow Communications needs to grow up and realize that they don’t have to pretend to be someone else just so we’ll like them. Be honest with us and we’ll appreciate them for who they are.

UPDATE: More reactions in the blogosphere:

8 thoughts on “Why do marketing companies hate themselves?”