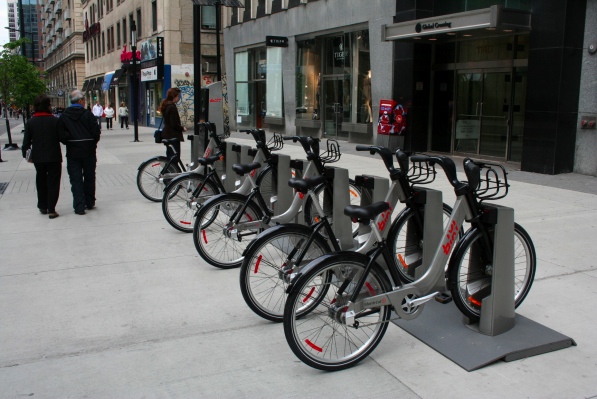 A couple of weeks ago I walked through downtown on a nice day to check out the new Bixi bike rental stands. I saw a few random people go by on these new bikes and it seemed a lot of people were at least trying them out, which was good.

Among them was a young woman who spent a few minutes checking the bikes out and then decided she wanted to try them. So she went to the terminal and pressed some buttons. 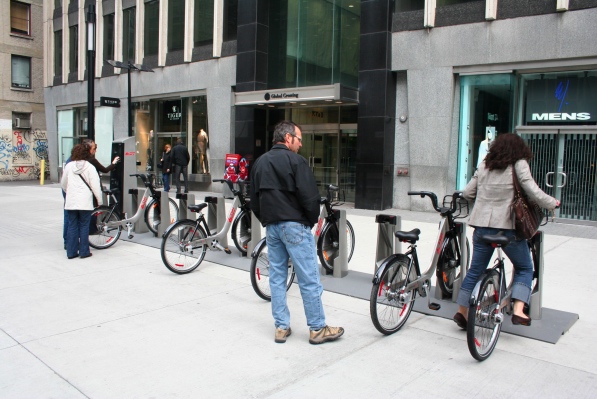 It took a while before anything happened. Probably because Bixi has a 50-page service agreement you have to read before you can take out a bike. After a few minutes, she swiped her credit card and picked up a ticket.

The ticket didn’t come with instructions, apparently, so she wasn’t quite sure what to do to get the bike out. Had one been unlocked for her? Was she supposed to have a key? 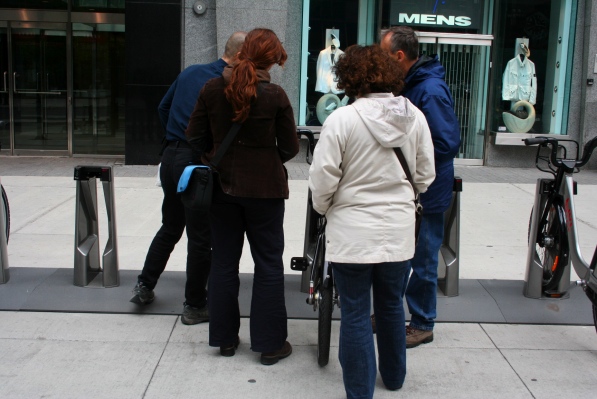 A team of four couldn't free this Bixi bike

Eventually some others tried to help her out. They tried all sorts of things, including waving the ticket in front of the machine in case it had an embedded RFID chip or something. They tried keying in the code printed on the ticket, but that didn’t work either. They tried again with another bike stand.

After about 15 minutes of wasted time, she gave up and left.

I figured this was a fluke. Perhaps she had problems reading instructions, or something was wrong with the stand or something.

But The Gazette’s Andy Riga had similar problems when he tried his first Bixi. Pierre Foglia had trouble too. (UPDATE June 4: Riga has more problems.)

These people aren’t morons. So I’m forced to conclude that Bixi has some usability issues, particularly when it comes to the procedure of actually removing a bike from its stand.

Riga points out other problems (there’s no map to nearby stations for when one is empty or full). Let’s hope they’re ironed out quickly, before we start seriously marketing this to tourists.