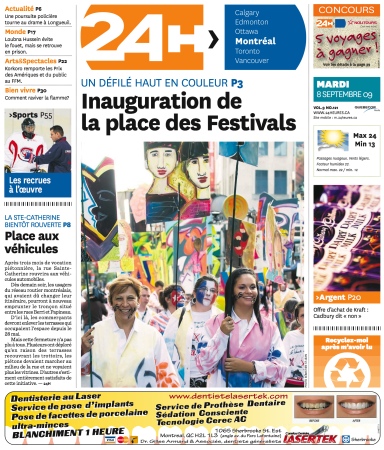 The lesser of the two free dailies in Montreal launched with a new look today. In addition to a new logo, it includes a new colour scheme (orange and white instead of black and yellow) and new fonts (ones that seem to make it look more like Metro). 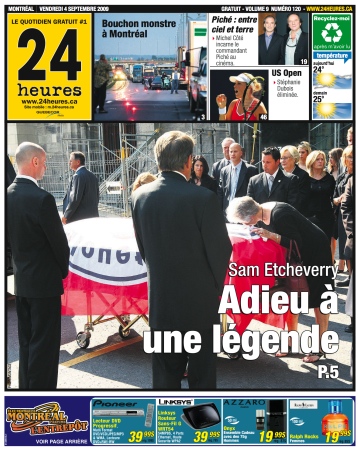 The new colours shouldn’t come as any surprise to people who have seen its sister papers in other cities. They’ve been using orange and white for a while: 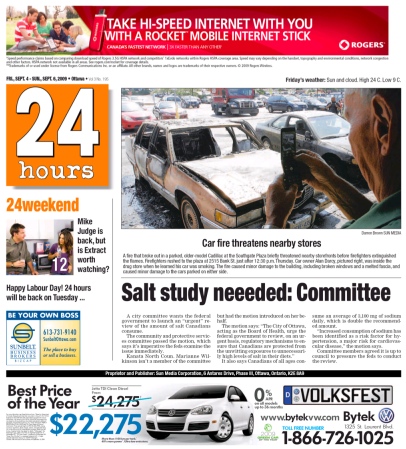 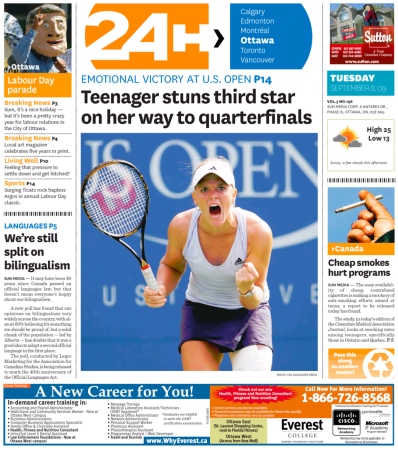 The new design is being implemented at all six of Quebecor’s free dailies in Canada. Just to accentuate that, the names of those six cities are in all the logos, with the home city’s name bolded. This is one of those things that sounds great to upper management who want synergy and a cohesive brand and all the other corporate buzzwords. But to local readers it only serves to re-emphasize that the big corporate bosses see these newspapers as cookie-cutter versions of each other, with a big “insert city name here” on the cover.

The papers all say they consulted readers on the new look and new features, but considering everything is the same across all six regions, are we to assume that readers in Montreal, Ottawa and Edmonton have no difference in their preferences? How convenient for Quebecor Media.

But perhaps I’m just being cynical. 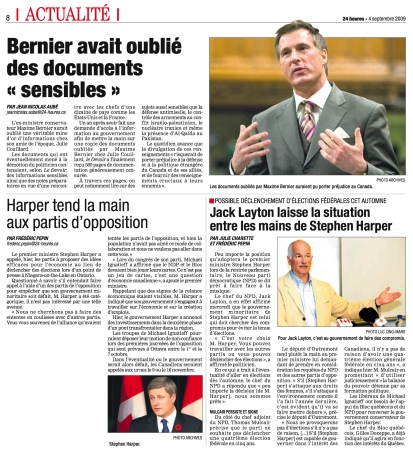 Before: 24 Heures Montréal inside Sept. 4 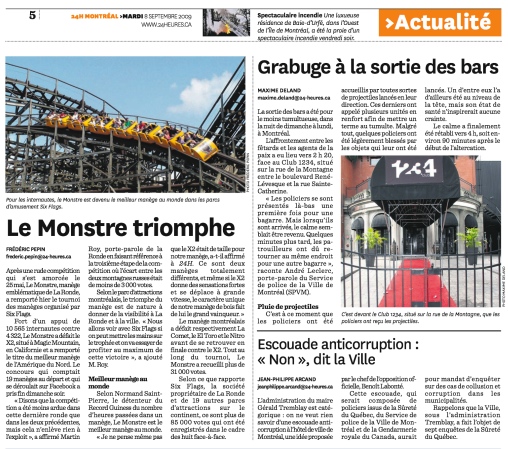 After: 24 Heures Montréal inside Sept. 8

You can see the effects of the new design on inside pages.

Content-wise, it’s basically the same short articles and filler. The paper wants you to pay attention to all the new lifestyles features they’re putting in, but the only thing really worth noting is that the ICI insert (you’ll remember they shut that “alternative” weekly down to save money) moves from Thursdays to Fridays.

I’ll let them explain the rest: 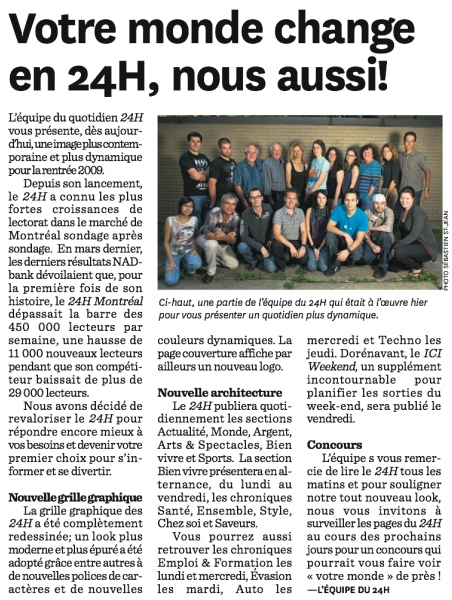 The change also comes with a redesign of the 24 Heures website (Montreal is the only city with a full-featured website, the rest just point to digital editions of the paper). The design and content of the new website, like the old, is entirely unremarkable. 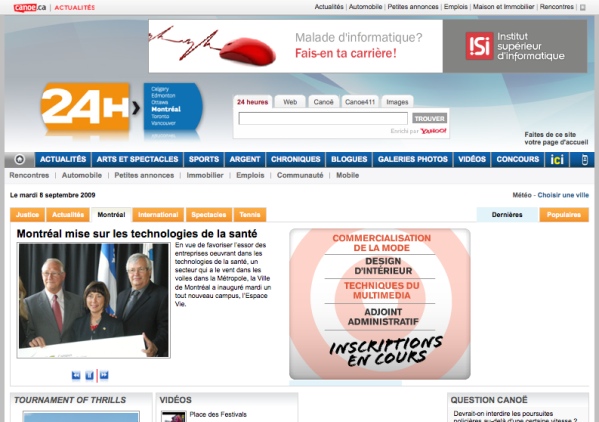