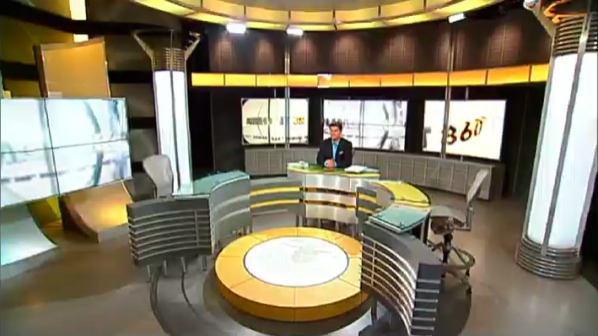 Though the rebranded station launched on Aug. 31, Dumont’s show made its premiere a week later (ironically, on Labour Day, when most people with weekday jobs would take the day off) with Dumont introducing himself.

The critics’ analysis: It could have been a lot worse (updated Sept. 9 with more links).

Dumont 360 is basically a 60-minute talk show with Dumont as the moderator of a panel discussion. He’s joined by Ève Couture, who chips in with news, man-on-the-street interviews and other stuff with the help of the giant touch-screen wall: 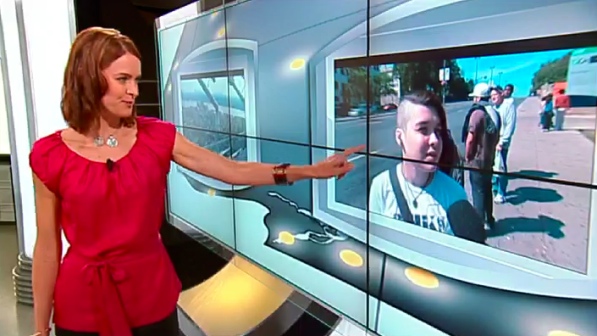 A five-minute segment of headlines is the closest the new TQS comes to having a newscast.

Rather than spend the hour on a bunch of different topics, Dumont picks one topic and sticks with it throughout the show. On Monday, it was the Olympic Stadium. On Tuesday, school dropouts. Serious, debatable issues, at least.

There’s also a short segment in which Dumont gives his opinion (which I guess means the rest of the show is not-opinion). The segment is only a minute long, but he manages to get a good point in there.

Dumont and his producers weren’t perfect in the debut, but that’s understandable. The errors will lessen as they get more comfortable.

What struck me most about this show is how good an orator Dumont is. Perhaps it shouldn’t have – this guy had been single-handedly running a political party for almost two decades – but he seems to speak to the camera better than Claude Poirier or Richard Martineau on LCN.

Nevertheless, I have a few humble suggestions for improving the show: 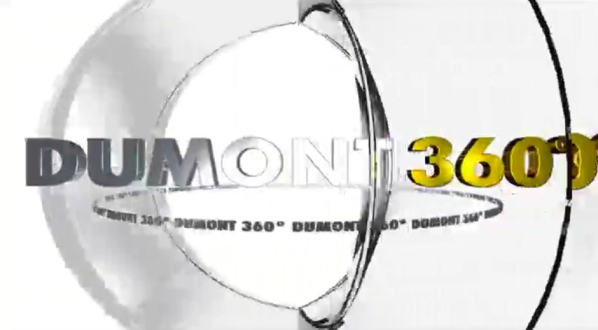 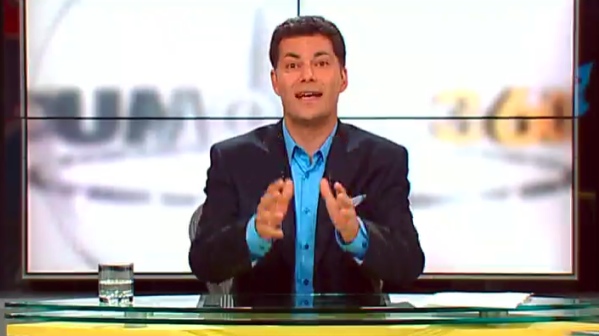 Dumont loves to use his hands

You can get more comments from Twitter users (#d360 seems the official hashtag, but #Dumont360 is more popular, or just search “Dumont 360“), or hear them straight from the horse’s mouth: Dumont was the guest on V’s Le show du matin Tuesday morning and asked what he thought of his premiere (Part 1, Part 2)

I’d make a suggestion about the news segment, but I’m hoping the powers that be recognize the viewer-attracting power of a proper newscast and bring back a news department some time over the next year.

Any other suggestions for Mario? Add them below.

UPDATE (Sept. 11): Patrick Lagacé says we should wait a bit before passing judgment. I agree that we shouldn’t evaluate the show completely based on a single episode or two. But I don’t think it’s ever too early to offer suggestions on how Dumont could improve his show. Besides, first impressions are very important.