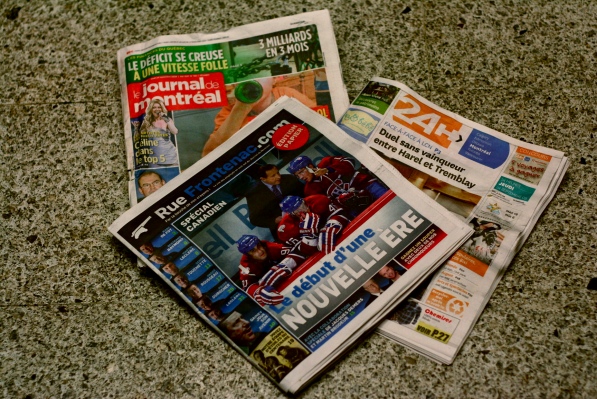 As Montreal’s favourite hockey team suffered yet another preseason loss, many fans had in their hands a new newspaper put together by some very experienced journalists. Rue Frontenac, the news website put together by the 253 locked-out workers of the Journal de Montréal since January, put together its first printed product, a special section on the Canadiens.

You’ll recall that when the Journal de Québec was locked out in 2007-08, they printed their own free newspaper MédiaMatinQuébec to compete with their employer as a pressure tactic. When the Journal de Montréal faced the same fate, it was determined that the larger city, not to mention the existence of two free dailies (one owned by Quebecor) meant doing the same here wouldn’t work as well, so it was decided that RueFrontenac.com would be an online-only operation.

But then, online only gets you so far.

The publication, coordinated by Jean-Guy Fuguère, is strictly a Canadiens season lookahead, with commentary from veterans like Marc De Foy and Bertrand Raymond, as well as union-sympathizing stars Martin Brodeur and Jacques Demers. It’s 40 pages long, and has a few advertisements, from Molson, Chambly Mazda, various unions and Georges Laraque’s WeTeam Ice.

You can get it in PDF format on Rue Frontenac’s website. They will also be distributing 50,000 copies of the paper over the coming days. 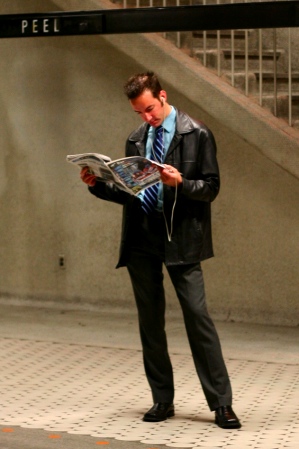 It’s not clear at this point whether this is a one-off thing or whether there might be more paper editions of Rue Frontenac. The Gazette prints a roughly-monthly special section called Hockey Inside/Out which has the same concept: A tabloid section all about the Canadiens. Since advertisers love the Habs, they’ll associate with just about anyone who talks about the CH. 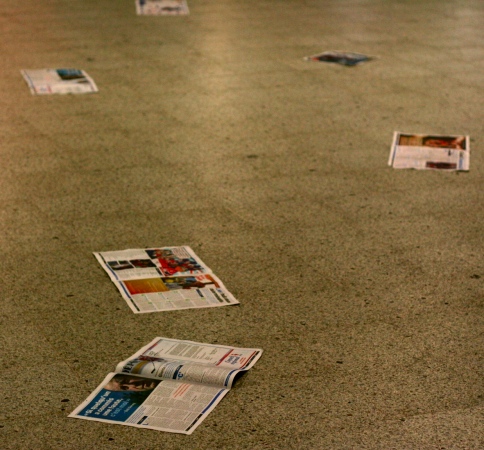 Such disrespect for all that hard work

Among the tidbits you get from actually reading the paper is that they’re working on an iPhone application to get headlines, as well as an ad for a contest to win a dinner with De Foy and Raymond.

My favourite part is that this special section is printed by World Color Press.

For those who don’t know, WorldColor is better known by its former name, Quebecor World. The printer was spun off from the Quebecor empire as it emerged from bankruptcy. And the St. Jean plant where this was printed was apparently more than happy to give the finger to the company that took away its business and moved it to a plant in Mirabel.