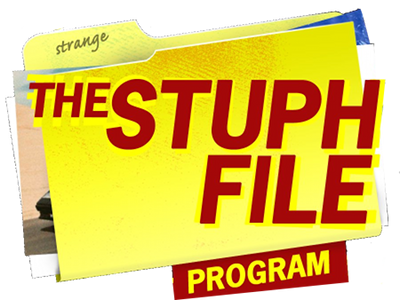 You could call Peter Anthony Holder a pioneer. That is, if he’s successful.

On Aug. 5, Holder got the news, along with many others, that he was being let go from CJAD Radio. The overnight show Holder Tonight, which he hosted since 1990, had aired its last show the night before, and he didn’t even know it at the time. He had to cancel the coming night’s guest and go home.

As fans expressed outrage at CJAD’s decision to let him go in whatever medium they could find to do so, Holder kept quiet. He had planned to go on vacation anyway, he explained on his blog a month later, so he just went ahead and did that, contemplating what he would do now.

He also defended CJAD’s decision to fire people without giving them a chance to say goodbye to their listeners:

People who do live radio do not and should not get a chance to say goodbye. With 50,000 watts of raw power on two radio stations beaming across all of eastern Canada, into three Border States and beyond, no broadcast outlet in their right mind would give a talk show host who is about to be shown the door a chance to vent their spleen. That would be tantamount to being let go from a major corporation in a major metropolitan area and right after they escort you to the curb of their shiny high rise at high noon, they hand you a bull horn.

It seems incredible that someone who has had the same job for two decades – and in radio for most of his adult life (you can see his complete resume on his website) – would be so understanding about his own termination, but Holder points out that, in commercial radio, you’re hired to be fired. The station looked at numbers being pumped out by these new electronic devices that people wear, and they were telling managers that Holder’s show wasn’t attracting enough to make him profitable anymore.

As you can imagine, Holder disagreed with that assessment. He knew there was a business model that could make the show work. But now it was up to him to figure it out.

Besides, he kept reading those strange news stories, and he needed an outlet to talk about them.

“The best part of my job was finding a bunch of weird and wacky people,” Holder said. “After leaving CJAD, it was ‘Oh, I have no reason to call somebody.'”

Holder said the idea of a podcast had been swimming around the back of his head for a while. “CJAD at any time can take away my airtime. They really can’t take away my show. I said that at a time when there wasn’t an outlet.”

Then on Sept. 4, the day after Holder’s blog post, Mitch Joel, the president of Montreal marketing firm Twist Image, a Gazette columnist and a podcaster himself, made a suggestion to Holder (and others in Holder’s situation) on his marketing blog: Keep going, even if you don’t have a salary or a radio show. Podcast your content, give it away free online, and keep your personal brand alive while you look at ways to make money again:

You do not need a radio station or any other mass media channel to give you permission to broadcast your talk-radio show to the world. It is called, “Podcasting” and you can do it for free (or close to it), and your loyal audience can now (finally) extend well beyond the borders of your previous employers limitations.

If you love what you do, and you do not know what your next professional move is, there is no reason not to keep your show going in Podcast format.

No, people like Holder will not make the same kind of money they made in radio from Podcasting, but they will be keeping their name in the public’s eye and be able to build their personal brand while keeping their chops up. On top of that, “you never know” what kind of work and projects will come their way because of the fact that they didn’t disappear into the ether (like many of their peers).

A week later, Holder did exactly that, uploading the first episode of his new podcast called The Stuph File. Joel was his first guest. “If they don’t like this, you’re to blame,” Holder joked during the interview.

He promised a new show every week, an hour long, with the same kinds of stories his nightly CJAD show had, and even some of the same regulars. Steve Walsh, Our Man In The Heart Of America Checking The Pulse Of The Nation™, appears weekly, and each show ends with the Idiot of the Day.

The length of his show, though, presents problems for other former regulars. Instead of three hours five times a week, he has one hour once a week. So he has to be selective. Some appear monthly, or on an occasional basis, like Stuart Nulman and Andrew Fazekas.

One problem he doesn’t have is finding people to be guests on his show, or finding content to fill it. He’s developed so much good will over the years that people who know him don’t question what kind of audience they’ll get if they go on his program. “No one has said no,” Holder said. “One guy in LA said to me ‘I would book with you if you were doing this out of your garage for the neighbourhood kids.'”

If anything, Holder has too much to cram into an hour, a length he decided on because he figured it was the longest someone could sit through a podcast. “A lot of Stuph File stories didn’t get read on the air,” Holder said. “I could easily do three a week without putting any thought into it,” but it would have to be worth his (financial) while to do so. He could even see it becoming a daily show, if only it gets enough financing.

Holder has now released 19 episodes of his podcast, including last week’s Christmas special. And he’s not slowing down.

“I’m still doing what I do because I enjoy doing it,” he said. “I couldn’t enjoy it more. I have complete creative control, it sounds the way I want it to.”

Even though the show is less than four months old, it’s already expanded beyond the podcast. Holder has gotten it added to Cyberstation USA, where it’s exposed to 200,000 listeners, Holder said. The show airs on the online radio station on Monday evenings, and Holder releases the podcast version shortly after it airs. The show can also be heard Wednesday afternoons on the air on World FM in New Zealand.

Mainly for that reason, he no longer calls it a podcast. It’s now the “Stuph File Program”.

These deals aren’t bringing in enough money to put Holder in retirement (Holder wouldn’t discuss any monetary specifics), but he hopes they’re a step on the way to making this adventure profitable enough to support him.

The fact that he doesn’t have much in the way of expenses certainly helps. His studio is already setup, he has no staff, and he doesn’t need to spend money on any direct expenses related to the show. So unless you include home Internet access or electricity, all the money that comes in is pure profit (or, at least, host salary).

“I’m not looking to have another boss,” Holder said. “Plain and simple.” 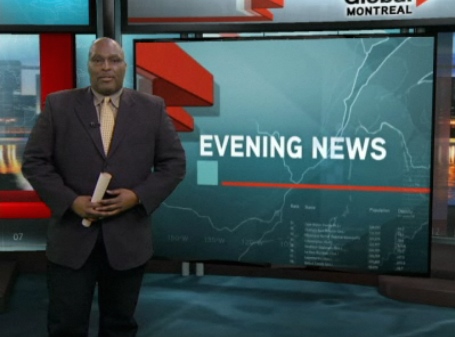 Peter Anthony Holder does a report on Global Montreal

Until then, he’s doing other stuff that does require having a boss, like working part-time at Global’s CKMI Montreal, where he anchored the newscasts on Sunday.

“Sunshine is not a concern for me,” says Holder, who still stays up late into the night despite it no longer being necessary to do so.

Holder records the Stuph File from a studio he setup in his home, originally to do freelance audio work on the side. On a mezzanine overlooking his living room, he has thick theatre curtains setup on runners like you’d find around a hospital bed. They serve to maximize sound insulation and minimize echo. A professional microphone, a sound mixer and a laptop computer are all he needs to produce the show.

Holder starts off by recording interviews with guests. Where on Holder Tonight he’d schedule the guests in advance (a bit difficult to do for locals since the show was on in the middle of the night, but easier for people in Europe or Asia), in the case of the podcast it’s the other way around. He can edit the interviews later and then time his remaining segments to fit with them and keep the show to its length (56 minutes leaves about four minutes for additional advertising on the radio).

In all, Holder says he puts about 2-3 hours of work into each episode, not including the interviews or the time he spends on the Internet searching for stories.

He also makes sure not to dumb it down too much for listeners. When he used to work at Radio-Canada International, he said, it would always explain that Montreal is “the largest city in the predominantly French-speaking province of Quebec” on every mention.

Holder doesn’t have any magical ideas of what the future holds. He’ll keep expanding his audience as much as he can, and look for ways to make it profitable. Maybe it will eventually become more frequent. That will depend on whether someone can make him an offer to do so.

Either way, he’ll keep doing it, and he has no plans to ever retire.

He joked that the last sound listeners would hear would be the thud as he expels his final breath and his freshly dead body hits the ground.

UPDATE (July 4, 2010): Steve Hatton interviews Holder, and asks him about a rumoured return to radio which he says is just that: a rumour.

The good: Holder does research for his show, collecting stories, finding guests. He keeps it interesting, and he’s a good interviewer. The show is also well edited and professionally produced.

The bad: Doing a show about funny news stories isn’t terribly original (something Holder himself admits to, saying he’s “not reinventing the wheel with this”), and he’ll need some unique edge to attract a larger audience. Recycling some of the segments from his old radio show probably won’t be the trick.

The ugly: The running gags, such as the routine we’re forced to listen to every time Steve Walsh mentions a story from Wisconsin or Ohio, are excruciating to sit through. Holder defends the gags as something people expect and look forward to, but to me they’re just annoying.

Also in this series:

4 thoughts on “Podcast Plan B: The Stuph File with Peter Anthony Holder”