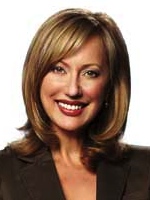 The axe fell Tuesday at CityTV. Everyone found out yesterday that long-time Toronto anchor Anne Mroczkowski and about 60 others have lost their jobs in a new round of cutbacks at Canada’s fourth-largest English broadcast network, which will also result in a lot of local programming being cancelled.

Coverage at the National Post, Toronto Sun, Toronto Star, Financial Post, Canadian Press, Globe and Mail, Reuters, the Wall Street Journal and all the usual Toronto blogs. Eye has a timeline of City cuts. Breakfast Television’s Kevin Frankish has a video of remaining employees talking about how much it sucks.

The irony in this is that CityTV is owned by Rogers, which is part of that Stop the TV Tax campaign by the cable and satellite companies against fee for carriage. Rogers has argued through it and appearances in front of the CRTC that local television doesn’t need the extra funding and that it is committed to local television without government funding.

And so Rogers continues to sabotage its TV stations for its own benefit, and people like Anne Mroczkowski pay the price.

8 thoughts on “Massive cuts at CityTV, but Rogers doesn’t care”