I didn’t think it was coming because it wasn’t listed on the Planibus page, but it turns out the new No. 19 bus is being launched on June 21 after all. 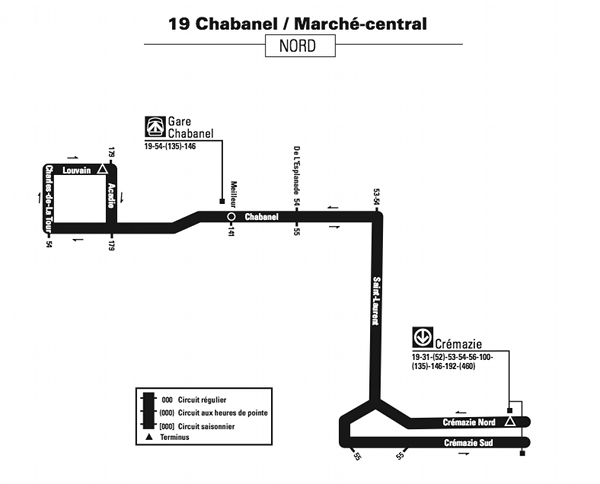 Unfortunately for eager Marché Central shoppers, it only runs after 8pm on weekdays. The idea, I imagine, is to take over from the 54 bus once it stops running at 7:30pm. The 54 connects Marché Central with Crémazie via St. Laurent, but also has parts east and west of those two places that the STM has probably judged aren’t worthy of service past 8pm.

The 19 will have 10 departures eastbound and 11 departures westbound between 8pm and 12:30/1am, Monday to Friday.

Those wanting to access Marché Central on weekends will still be stuck with the 179 from Acadie station, or taking a short walk from stops of the 100 (on Crémazie) or 146 (on Meilleur).