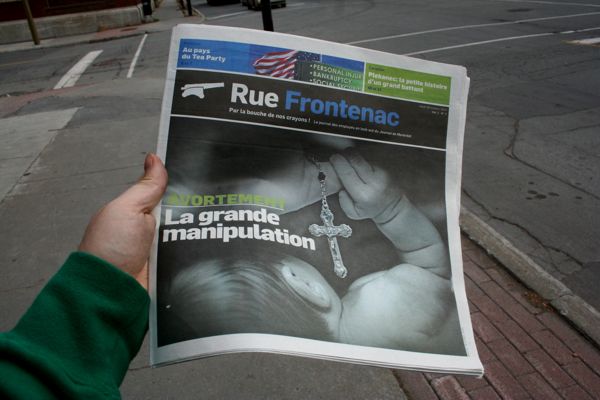 The first edition of the Rue Frontenac weekly (a collector's edition!)

Rue Frontenac, the website run by locked-out workers of the Journal de Montréal, launched a paper version of its public-relations campaign on Thursday morning.

The first edition of what will become a weekly newspaper is 48 pages, all of them colour.

It has a cover piece by Gabrielle Duchaine on how some pregnancy crisis centres hide their militant anti-abortion stance in order to manipulate expectant mothers. (Online, the piece is presented as a Flash graphic.) There are also interviews with Guy A. Lepage (one of Rue Frontenac’s biggest supporters among the artistic community – the paper rewards him by devoting an entire page to showing just his head bigger-than-life-size) and Louis Morissette, a piece about how Quebecor has pulled ads from Le Devoir (supposedly as punishment for Le Devoir’s criticisms of the Journal), and the usual arts and sports news you’d find in a newspaper, plus some puzzles.

Notably, though, there is no wire content (and, of course, no advertorials). All of the articles are written by Rue Frontenac’s journalists. This means the paper won’t present anything close to a complete perspective on the news, but the point is to show that they can still produce serious, quality journalism worth its weight in gold.

Only time will tell whether it’s worth the price. It’s not cheap to print 75,000 copies of a newspaper.

This is the second time Rue Frontenac has actually printed on newsprint. A one-off special issue last year at the start of the Canadiens’ season appears to have been well received, at least enough for them to try again.

The paper has advertising, the vast majority of which is from other unions. There are also ads from sympathetic left-wing politicians including Québec solidaire’s Amir Khadir, the Projet Montréal Plateau team, and NDP MP Thomas Mulcair. 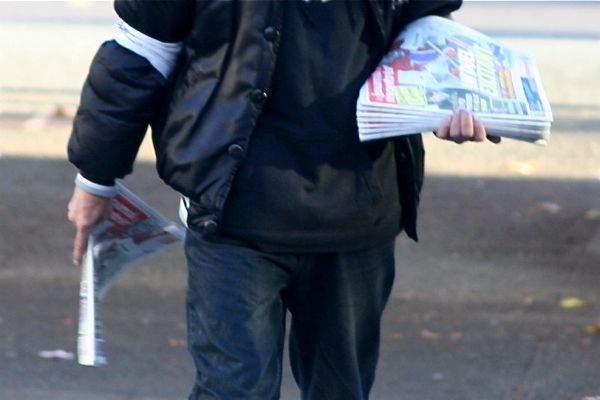 For the most part, commuters breeze by not touching any newsprint. Some will pick a paper they like, or just take the ones that normally aren’t free. Some collect the different papers.

What’s clear is that even here, in the plateau known for its “clique” and which elected Québec solidaire’s only MNA so far, any effect of the Journal de Montréal conflict on its newspaper’s popularity is invisible. People young and old, poor and rich were taking copies of the newspaper at the same rate as those who took La Presse or the free papers. The fact that it is heavily reliant on wire copy and overhyped articles from its remaining managers seems to be of little consequence to those rushing to work in the morning.

That, above all, is what Rue Frontenac has to fight: indifference to their cause from regular folk. The paper might put enough wandering eyes on the quality of their journalism to make an impact. Or it might just annoy Pierre Karl Péladeau even though it’s not doing him much harm. Or it might do nothing, coexisting with its writers’ previous employer for months or years as a settlement of the conflict becomes no closer to arriving. 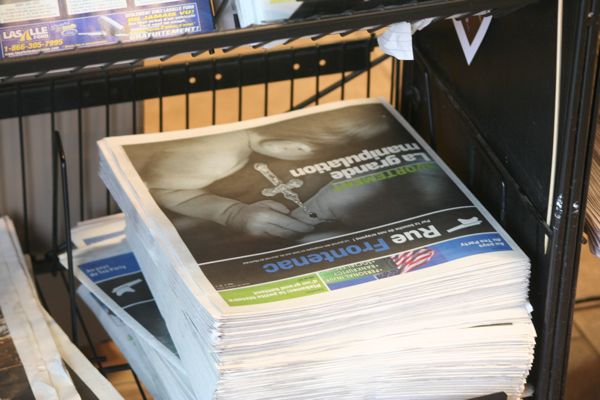 A stack of Rue Frontenac papers at a metro on Mont Royal Ave.

Not seeing any Rue Frontenacs at the metro station, I made my way eastward in the direction of the giant Journal de Montréal logo. I eventually picked up a copy at a recently opened Metro grocery store near the Journal’s offices. I was a bit surprised by this. Even though there were spaces for all sorts of publications, the fact that a major company would appear to take sides in the conflict is noteworthy. (Though the fact that the paper is distributed through Diffumag allows it to reach a lot of distribution points quickly.)

(Micro Boutique, a reseller of Apple products, also took a stance with a half-page ad in Rue Frontenac.)

A Google map shows the hundreds of distribution points for Rue Frontenac, spread out all over the city and surrounding region as far as Valleyfield, St. Jean sur Richelieu and Assomption. There are also distribution points in the Mauricie, Sherbrooke and Outaouais regions, and subscriptions are available for an unpublicized price. 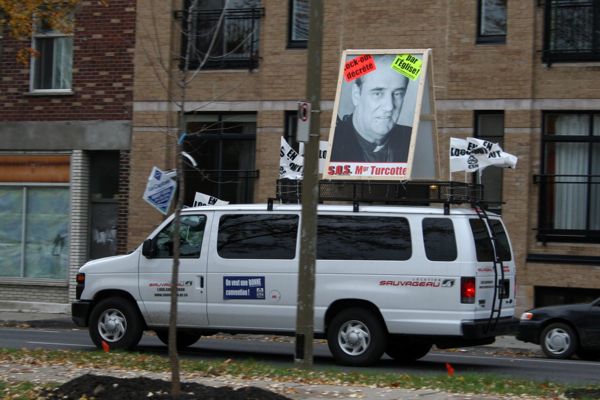 A van appeals to Cardinal Turcotte to stop a lockout

Just across the parking lot from the Journal’s offices (and ironically just after the point where Frontenac St. turns into Iberville St.), a handful of union members at the offices of Rue Frontenac chat jovially before they pile into a van with a giant photo of Cardinal Jean-Claude Turcotte on top. Even though this conflict has been going on for 21 months, morale hasn’t been as low as it had been expected to be. The rejection of a contract offer the union had considered insultingly bad brightened spirits and resolve even though it meant the conflict would last longer. 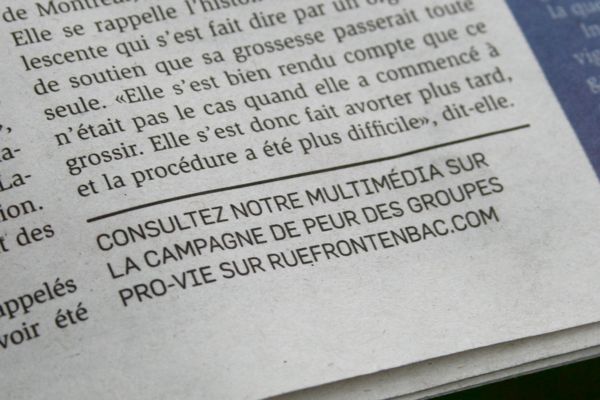 A typo in the website's address got by the proofreaders on Page 3.