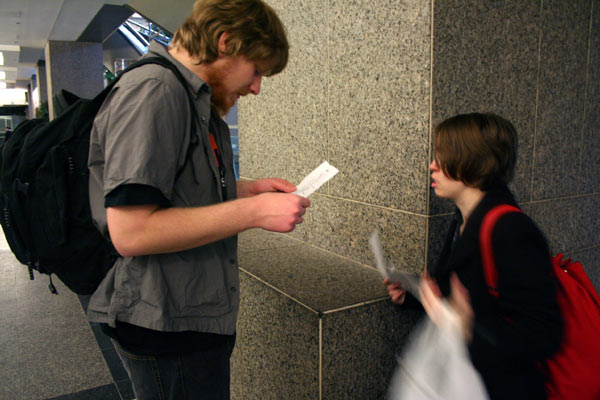 It’s been a while since the last one, but a third Montreal Underground City scavenger hunt is being planned for next Saturday afternoon.

The idea is pretty simple: A scavenger hunt (relatively tame – no stealing stuff or doing anything illegal) whose items can all be found within the confines of Montreal’s underground city. Players are forbidden from leaving the underground city or taking the metro.

Participants are to meet at 2:30 p.m. on Saturday, Feb. 5, at the food court at Central Station. More details at the website or Facebook page, or the Gazette article I wrote about the first hunt in 2008.