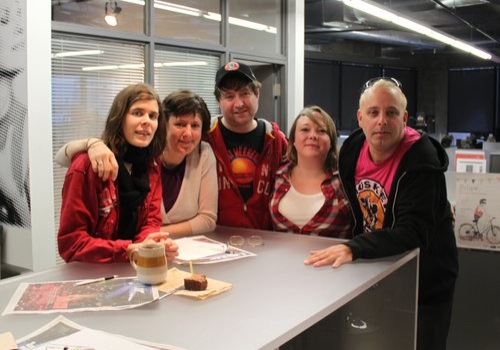 If you haven’t already, go ahead and pick up a copy of Hour that’s on the newsstands. It should be a collector’s item. Unfortunately.

A little more than two months after word came out that the editorial staff of Hour was being canned, it’s happened. This week’s issue is the last for what’s left of them (and many of the freelancers who have supported the paper’s editorial content). Included are goodbye columns from Jamie O’Meara and Richard Burnett, who will be looking for other jobs once they sober up. (Burnett has started up a blog to keep the public informed of his opinions.)

Because the paper’s owners don’t think they need to answer to the media, official information about the changes isn’t easy to come by. (The Gazette is waiting to hear from them.) But here’s what we know from the information those departing staff have:

It all adds up to a giant effort to cut costs for editorial content far beyond what anyone would consider reasonable. Hour’s owners are gambling that people are so desperate for bylines they’ll accept being paid next to nothing, and that there are advertisers so clueless they’ll buy space in a paper nobody wants to read anymore.

It’s a gamble that I’m going to go ahead and predict won’t work. It might take six months, or a year, or longer, but either the slow descent into oblivion will continue as more and more costs are cut or Voir will finally throw in the towel and give up on Hour altogether.

They might as well just put it out of its misery. Despite the best efforts of its tiny staff, Hour has been on death’s door for years.

Former and now-former Hour staff are talking about their beloved newspaper like people talk about departed friends at a funeral. Through a private Facebook support group, they’re sharing stories and photos from their days at the paper, many from more than a decade ago. They’ve even planned a wake for Saturday night.

The race for anglo alt-weeklies was long ago won by Mirror. The tipping point for me was when Hour dropped sex columnist Josey Vogels (who’s nationally syndicated now, but got her start at Hour), and though they briefly tried a replacement columnist, the sex content disappeared when she left too.

As Hour started shedding regular features, Mirror added them. Readers and advertisers chose sides, and the difference between the two started to become more apparent.

It’s not the fault of those people in the photo above. They tried their best to keep the ship afloat. But they had no time and no budget to experiment or do anything beyond going through the motions.

How much management is to blame is also up to interpretation. If the market couldn’t support two francophone alt-weeklies, it’s hard to argue it could support to anglo ones. On the French side, it was Voir that won the war with Quebecor’s Ici. On the English side, Quebecor’s Mirror beat Voir’s Hour. In both cases it was the older paper that came out alive in the end. 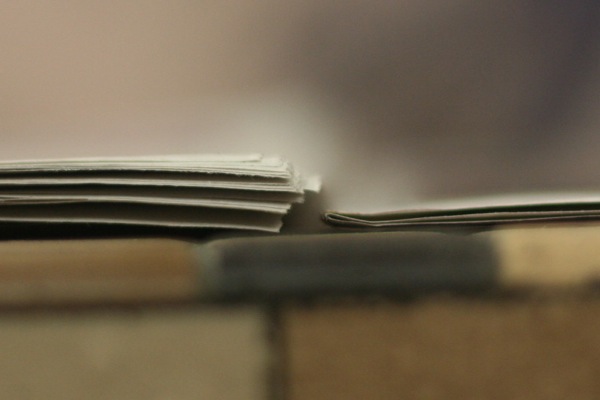 Hour vs. Mirror: A quantitative comparison

When I first heard about the problems at Hour in January, I picked up a copy of the paper. I admit it had been a while since I stopped to pick up either of Montreal’s alt-weeklies. I was stunned by how thin it was. I knew Hour was thinner than Mirror, but it hadn’t hit me how much.

I looked inside to find very little. I started counting what was inside so I could get a sense of scale.

The numbers below are taken by comparing the Jan. 20, 2011 issues of Hour and Mirror, which came out just before Hour staff were informed they were losing their jobs.

Here’s how the numbers add up:

*1 Does not include house ads, filler ads and contest ads.

*2 About 2/3 of The Mirror’s classified ads are for “adult services”, which all but disappeared from Hour.

*3 The definition of “article” is up for some debate. I’ve included columnists but excluded some items too small for a byline.

*4 Does not include a handful of “mini reviews”

*5 Jamie O’Meara and Richard Burnett were columnists up until the end, but their columns did not appear in the issue studied here.

*6 Mirror has a Sudoku puzzle and a horoscope.

*7 This is based on the number credited, not the number employed. Hour, for example, had only two full-time staff.

How it all started

I remember getting a call in October 1992 from Richard Martineau, the editor-in-chief of Voir, asking me if I wanted to have lunch with him and his boss, Voir publisher Pierre Paquet.

At the time, I was at The Mirror, which was being helmed by my former “editorial board” colleagues, Eyal Kattan and Catherine Salisbury.

I agreed and we arranged to meet at L’Express on St-Denis for lunch. Our conversation was light and entertaining as Richard and I caught up, while Pierre and I spoke about our degree of separation, namely his Stanislas school buddy Ivan Doroschuk (Man Without Hat). Pierre had been part of the early Hats along with Dave Hill and Jeremie Arrobas.

Towards the end of our two-hour luncheon, Pierre asked me whether I knew why I had been invited to this meeting. I answered that I thought Richard had phoned to discuss a possible Voir-Mirror bowling night. Then Pierre popped the question, what did I think about starting a new English-language weekly and would I be interested in working for if?

I told him it was an exciting proposition and played coy, but I knew it was an offer I wouldn’t be able to refuse. Starting up a new English-language publication in Montreal was a dream. I had already been involved in setting up the Mirror and now this.

Pierre explained he had approached the Mirror’s publishers about selling, but their price was too high. So he had decided to start his own publication and take on the Mirror.

Over the next two months, Pierre and I had a few more clandestine meetings until I finally jumped on board. On December 31, I went to the Mirror offices and cleared out my desk. I told Catherine I was leaving the paper and would be heading up a new publication to be launched in the new year.

Luckily I wasn’t alone. My friend Lubin Bisson, the Mirror’s former distribution manager, was also on board. And then after several phone calls I persuaded Peter Wheeland to quit his job as editor of the Nuns’ Island paper and join us on a journey into the unknown.

Five weeks later, on February 4, 1993, the first issue of Hour hit the streets.

I would to thank everyone who contributed to Hour – over the years – because of you the paper had a run of 18 illustrious years.

UPDATE (April 16): The new Hour is out, with its new website, new Facebook page and new columnists Anne Lagacé Dowson and Kevin Laforest. The announcement is here.

Also, you might be interested in this Ryerson Review of Journalism piece from 1998 describing Montreal’s alt-weekly newspaper war and Hour’s beginnings.