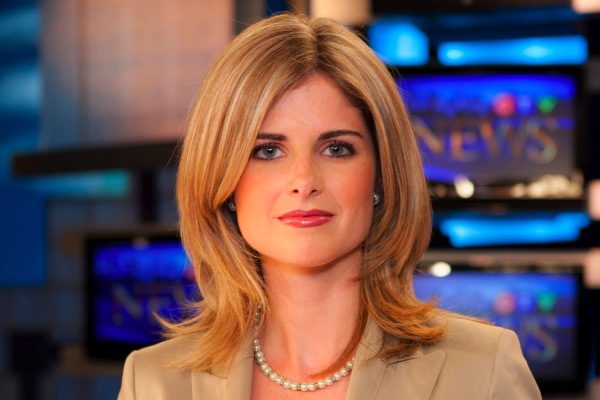 CTV Montreal announced on Thursday that reporter Catherine Sherriffs has gotten the job as 11:30pm newscast anchor, left vacant since the departure of Debra Arbec to CBC last month.

Sherriffs’s appointment is effective July 4, which, coincidentally or not, is the same day Arbec is scheduled to begin as the 5pm anchor at CBC.

“I’m really excited to still be reporting, it will be great to get out into the city,” Sherriffs says in the story CTV posted online. “But being an anchor is what I always dreamed about. Literally, always. I’ve never wanted to do anything else.”

Sherriffs, from Morin Heights, is a 2007 graduate of Concordia’s journalism program, and got her start on radio. She’s the niece of current CFQR newsman Murray Sherriffs.

The choice of Sherriffs is a bit (but not too much) out of left field. Either of weekend anchors Paul Karwatsky or Tarah Schwartz would have been an obvious choice. Or one of the veteran reporters. But not all of them were interested in a job that would see them lose their weeknights.

Sherriffs hasn’t been contributing to CTV long (in fact, she wasn’t even a permanent member of the staff), but her appointment reminds me of that of Andrew Chang at CBC, who was also a noticeably young (and tiny, and cute) pick but who has turned out to be a very good anchor.

Of course, the first reaction from TV watchers, and the thing most of us are too polite to point out in public, is that Sherriffs is very pretty. The thought immediately enters one’s mind that she was picked for the job primarily for this reason.

Let’s be honest here: Looks do matter on TV. In a world where your boss will talk to you about your choice of tie, how you look is a big part of how you’re judged. I personally cringe at the thought of how random strangers would judge me if I ever got a regular job that saw my face (and fashion sense) on television.

Look around the dial and you see lots of pretty faces in TV news (not just on Sun News Network). There’s an element of self-selection in this – people (especially women) who are very pretty seem more likely to see themselves as television reporters, or have people suggest that to them. There’s a natural sociological force that brings pretty faces and on-camera TV jobs together. And there are decision-makers who, when presented with two candidates with equal skills and experience, will convince themselves that the prettier one actually has more skills or more experience.

We can say this is wrong, that people should be chosen for their mental qualifications and not their looks, but at the end of the day it’s ratings that matter, and ratings are driven by the viewers.

So, was Sherriffs chosen because she’s pretty? I can’t get into the head of the decision-makers at CTV, so there’s no way to know for sure what they thought consciously or unconsciously. My guess is that it was a minor factor in the decision. Sherriffs’s hosting experience comes from radio, where nobody really cares what you look like. And her work as a TV reporter gives no indication that she’s a dumb girl wandering the streets with a microphone. Pretty works, but it isn’t enough.

The real test will come next month, when she takes over the anchor chair and begins walking the fine line between being a serious news reader and being a warm, relatable human being that people are comfortable spending some time with before they go to bed.

It’ll probably be awkward at first, but give it a few months and she and their viewers will get used to each other.

I’ve never met Catherine Sherriffs, but from what I know about her through her colleagues and her work, I can tell you this: This is what she wants to do, and few people are as motivated as she is to succeed.

21 thoughts on “A new Sherriffs in town”