A year ago, I introduced my readers to some Concordia University journalism students who visited The Gazette to receive awards (and a little bit of scholarship money) named in memory of some of the paper’s dearly departed.

A few weeks ago, the next crop of journalism students came by to receive awards, and I repeated the process, not wanting these new kids to feel left out. (Apparently some of them found that blog post when they researched the awards.)

These awards are an early indicator of strong candidates among the field of upcoming graduates. Two of the five winners from last year ended up as interns this year – Mel Lefebvre on the copy desk and Katherine Lalancette as a reporter. I can’t imagine that’s a coincidence.

But, of course, it’s not absolute. After all, I didn’t win any of these awards when I was a journalism student, and look how awesome I am now!

Anyway, here are this year’s honourees: 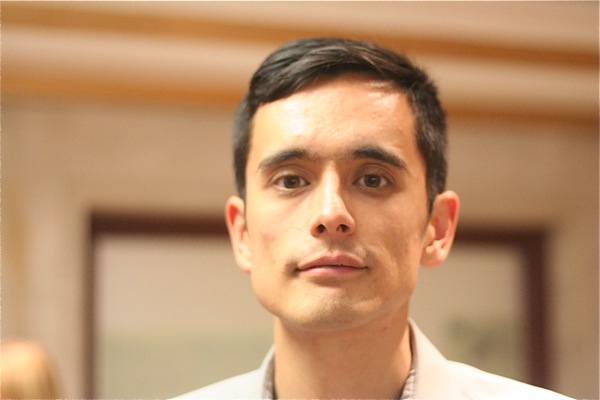 Winner of the Mike King bursary. A 28-year-old from Vegreville, Alta. Third-year undergrad.

Liem is one of those rare journalists who not only understands finance, but is actually interested in it.

Liem had worked full-time before going into journalism, but said he wasn’t enjoying it very much. After seven years of odd jobs, he decided to enroll in the program. And compared to what he used to do, “this has kind of been a vacation for me.”

I pointed out to Liem that good business journalists are in demand, particularly because most journalists either don’t want to do stories about financial matters or don’t understand the issues enough (usually both).

He says he sees himself as “some kind of writer,” maybe for magazines. He’s also interested in foreign policy. So I’m guessing the whole eurozone crisis thing is pretty fascinating for him.

Liem has written for The Link and Maisonneuve magazine. 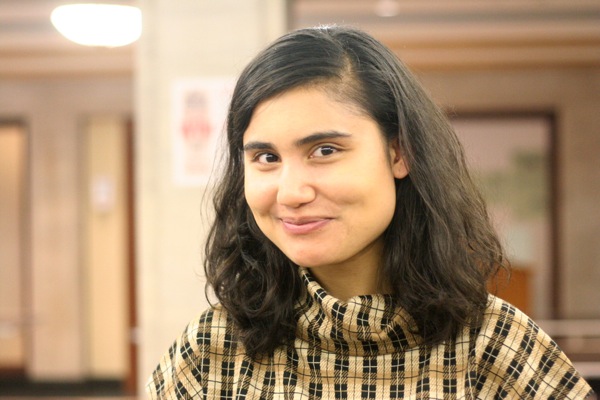 First off, Arkin wants me to point out that she wasn’t feeling well when I took this photo. I think she looks fine, but she insists.

Arkin has freelanced for the Westmount Examiner and worked at The Concordian. She’s interested in human rights issues.

I wish now that I’d gotten to learn more about her, but our conversation was cut short, and by the time we reconnected later, I had mistakenly assumed that I learned enough about her. If I did, those quotes are in another notepad. Sigh.

UPDATE (Nov. 23): Arkin responds to her award with an opinion piece in Monday’s Gazette, in which she talks about Carson’s story (and totally name-drops me). 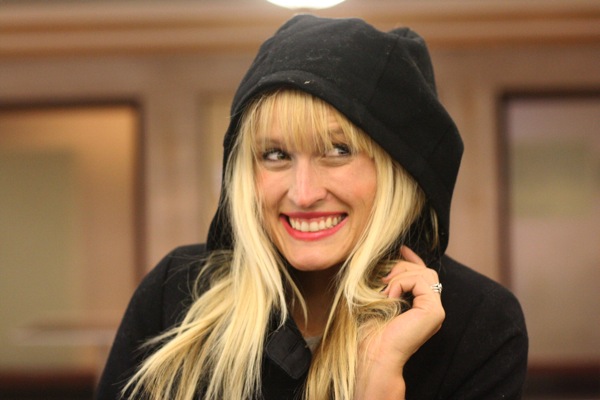 Winner of a Philip Fisher bursary. A 25-year-old from Calgary. Graduate diploma student.

This may be one reason she wins this year’s Most Adorable Photo for Fagstein award, previously bestowed upon Mel Lefebvre.

“I’ve always wanted to write since I was little,” Pankalla says. She enrolled in journalism because she found it was a necessity when applying for internships.

She sees herself doing feature writing, preferably profiles of interesting people (interesting not being synonymous with famous). “I want to be able to invest myself in stories,” she says.

Not only does she want to tell interesting stories, but to do so in interesting ways. “I believe there is a place for beautiful language in journalism,” she says of her interest in creative nonfiction.

Pankalla speaks four languages (beyond the obvious, there’s also Polish and Spanish) and has travelled to 30 countries.

A freelance piece written for The Gazette was just recently published. 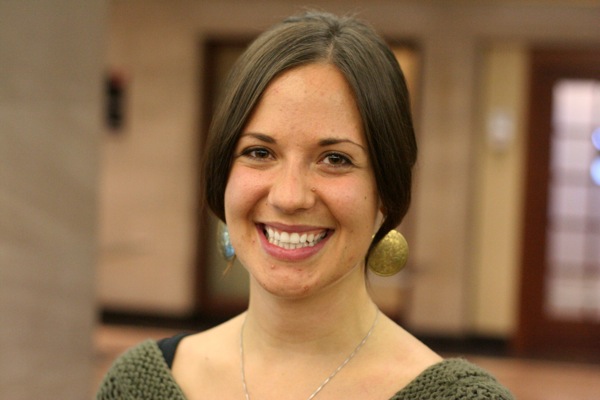 I interviewed Mason and Pankalla as they sat next to each other, laughing at each other. It’s clear the two have developed a strong friendship, as people in the closely-knit graduate diploma program tend to do. (Two of my former classmates met in the program and are now married.)

Mason’s specialty is music, having written for various music publications and worked as music editor for The Concordian.

Unlike her fellow students, Mason is interested more in the broadcasting than the print side, particularly radio. “I surprisingly really like radio,” she says, though “writing is my passion.”

Mason has already interned at the Westmount Examiner and as I’m writing this just finished an internship at CBC Radio.

Also unlike her fellow students, Mason already has her own website. And I could go on about her biography, but she’s helpfully posted it already there. 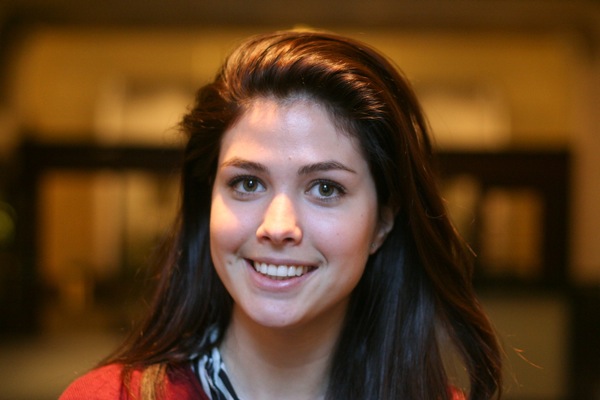 Winner of the Lewis Harris award. A 22-year-old from La Patrie, Que. Fourth-year specialization in journalism.

Aside from having the longest name among the winners, Duchastel de Montrouge also has the most impressive CV so far. Maybe I’m just in awe of the fact that she interned at Le Devoir, which I imagine require pretty impeccable French skills. She’s the first Concordia student to ever intern there. She also went to Paris as an exchange student for six months.

I spoke to her a week or two after the awards were handed out, not having a chance to corner her that night while I chased everyone else down. We met at The Gazette and she told me about her life so far.

Duchastel de Montrouge moved when she was five to the tiny town of La Patrie, in a home with two older siblings where the nearest neighbours were 1.6 kilometres away. “It’s kind of like I lived in the woods,” she said. And while most people in that situation might have a satellite TV to pass the time, she didn’t. Her parents didn’t want her to watch TV, preferring that she read. They were “old hippies,” she said, with all due respect of course. The result is that she appreciates reading a lot.

As an example, she brings up a man she met who worked as a security agent for pornographic webcams, a heavy metal singer who looked pretty scary. But he was “one of the nicest guys I’ve ever met,” she said. “Journalism open you up to people you wouldn’t necessarily meet on a daily basis.”

For the future, she dreams of prestigious organizations like the New York Times. “For me the ultimate is BBC,” she said. But for now, she’ll go wherever she can get work, whether it’s in print or broadcast.

She plans to apply for the annual Gazette summer internship. And while I don’t want to prejudice her chances (I don’t have any say in the decision), she definitely presents a pretty compelling case.

3 thoughts on “More journalists of tomorrow”