For information about the latest Super Bowl, click here. 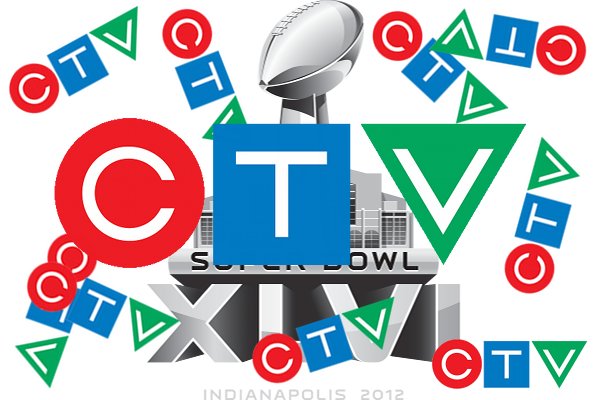 Not much has changed since last year, so I’m sorry to report that Montreal TV viewers will, once again, be largely forced to endure simultaneous substitution during Sunday’s Super Bowl and watch commercials from CTV instead of the originating American network. And cable and satellite providers will have to continue to calmly explain to irate subscribers that they’re only doing what they’re required to do by the CRTC, who will have to explain what “simultaneous substitution” is and why it’s there.

CFCF’s digital transmitter closed the loophole where the high-definition feed wasn’t substituted in Montreal, and now Videotron and other cable providers must replace the WPTZ feed with CFCF in standard and high definition.

Here’s how it works for the various options of getting television:

This method gets a significant boost this year, because the Super Bowl is being carried by NBC instead of Fox. Montreal antennas can pick up WPTZ Plattsburgh (650kW) much better than WFFF Burlington (47kW), so more people will be able to watch the Super Bowl this way. But it’s still difficult to capture American stations if you have cheap indoor antennas.

This is the best method (and the only legal one) for Montrealers to get American ads in high definition live, along with the Super Bowl itself.

CFCF will be carrying the Super Bowl, but obviously it has the Canadian ads.

Videotron has resisted substitution, especially for the Super Bowl, and does so only when absolutely necessary. Still, it is required to substitute both the standard and high-definition feeds in the area covered by CFCF.

This means all customers in the following areas will see their signals substituted:

Quebecers outside of Montreal (as defined above) and the Gatineau region (which is part of the footprint of CJOH Ottawa) will not have their signals subtituted and will be able to watch the American ads on NBC channels.

Other cable providers (including Bell Fibe)

Same as Videotron, I’m afraid. They don’t have a choice in the matter.

Because Bell feeds the same data to all its customers via satellite, it is required (as of 2009) to substitute American feeds with Canadian ones nationwide. So even if you’re in an area not covered by a CTV station, you’re still going to see the CTV ads.

Because Shaw Direct includes technology allowing the provider to control what signals individual clients receive, it can implement simultaneous substitution selectively. The result will be similar to cable: substitution in areas covered by CTV stations, no substitution elsewhere.

These are technically illegal in Canada, but many people have found ways to get service north of the border, either by pirating them or using fake U.S. addresses. Since these are American providers, they are not subject to simultaneous substitution rules.

There’s no legal way to get the Super Bowl itself online except through ways sanctioned by CTV (they’re not streaming it, but it is available on mobile). There will probably be black-market feeds, but why bother when you can get it in HD on cable or over the air?

The ads are another story. Expect all the good ones to be online shortly after broadcast. In fact, many are already online and creating buzz. YouTube has a special site devoted to Super Bowl ads that you can watch whenever you want, in high definition.

Because most of the loopholes have been closed, there aren’t many bars advertising the American version of the game anymore. To provide a high-definition feed in Montreal, they would either have to set up an antenna capable of receiving the American station or subscribe to an American satellite service and hope nobody notices.

If you spot one that promises to show American ads, let me know in the comments.

There are also methods that have no guarantee of success. You could try watching west-coast feeds. Some cable companies offer Seattle stations as a way to time-shift, and then forget to do substitution for live events like this. But broadcasters have become wise to people using this loophole and I suspect the chances of it working is low.

You could also, I suppose, just go to Vermont for the weekend and watch the Super Bowl there.

UPDATE (Feb. 3): The Globe and Mail’s Susan Krashinsky explains the reasons why U.S. ads don’t air on Canadian networks. I’d also add that some are for products that simply aren’t available in Canada.