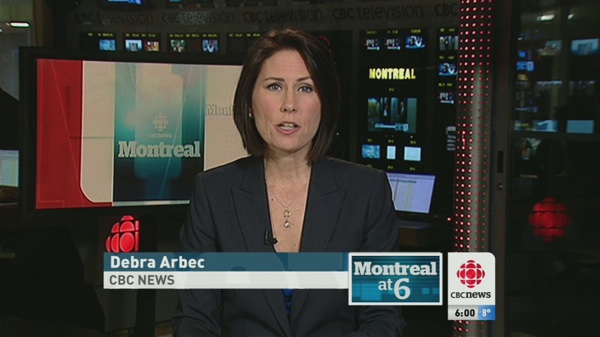 Debra Arbec doing the news from the newsroom set

UPDATE (April 18): The new set is done. See what it looks like here.

Much like CFCF did last year, CBMT is doing its daily newscasts from its newsroom set as its main set is being torn down and redone.

Andrew Chang gave viewers an idea of what’s going into the new set on Monday’s newscast. It will involve a new desk with a Plexiglas top. Behind the anchors will be five HD plasma screens, and a large 70-inch touchscreen will also be on the set, which is being designed in house in the Maison Radio-Canada.

Until then, the evening newscast will be hosted from the set that sits just outside the control room, which itself is just beside the newsroom. Reporters doing live in-studio segments, which were done from this set, have been moved to an adjacent room that is used for remote interviews for CBC News Network or The National. Frank Cavallaro’s weather set is a green screen just a few feet from the desk Arbec is sitting at above.

The 10:55pm newscast is done from this set as well, except with a green screen lowered behind it.

Because the camera for this set is standard definition, anchors won’t be appearing in HD until the camera is upgraded or they move into their new set. And, like with CFCF last year, the set only fits one, so Arbec and Chang will have to alternate behind the desk.