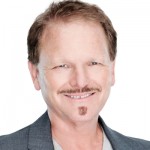 Almost three years after joining what was then 92.5 the Q, Murray Sherriffs is about to be unemployed again.

Sherriffs said he was told on Sept. 1 that the station was looking for a “different sound” and that he was being let go. His last day is Friday, Sept. 14.

It’s unusual that an on-air personality (particularly an opinionative one like Sherriffs) would be kept on for two weeks after being told he’s being canned. I don’t know if it speaks to the professionalism of Sherriffs or of management at Cogeco that he’s being allowed to work these two weeks (and, presumably, will get a chance to say goodbye). Sherriffs says he and Beat program director Leo Da Estrela are friends, the departure is being handled with all professionalism.

Sherriffs joined the station that became The Beat in 2009, after he was similarly let go from CJFM as part of its rebranding from Mix 96 to Virgin Radio.

Give Sherriffs a shot

I can understand the reasoning that Sherriffs’s deep authoritative voice might not fit in with the cheery, up-tempo sound of The Beat. But his voice is unique enough that he really should have a voice in radio somewhere. It’s bad enough Pete Marier is still looking for a job.

Unfortunately, the lack of competition in Montreal English radio limits Sherriffs’s options. Once Bell takes over Astral (and if its plans for CKGM are approved), there will be only two players in town in commercial English radio, and Sherriffs has been let go from both, apparently merely because his sound didn’t fit.

There’s hope on the horizon with an application in front of the CRTC for a talk radio station at 600 AM by the Tietolman-Tétrault-Pancholy group. That application is being considered at the CRTC hearing that begins Monday (it’s a non-appearing item, so there won’t be discussion of it). It will be weeks, perhaps months before it’s approved (though approval is likely), and not until 2013 that it begins operation. And there are just so many out-of-work veterans from other stations they can pick up.

Beat program director Leo Da Estrela confirmed that Sherriffs is leaving on Sept. 14 and that they’re looking for someone to replace him, but didn’t give any further comment.

29 thoughts on “Murray Sherriffs being let go from The Beat”