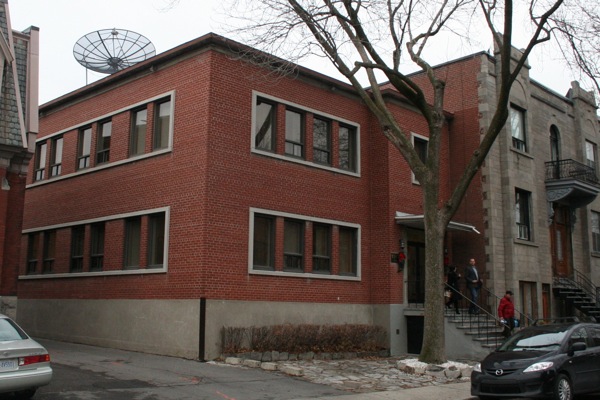 CFMB’s offices and studios on York St. in Westmount

It’s easy sometimes when talking about radio in this city to focus too much on the big commercial stations. They have ratings numbers and promotions departments and big audiences with popular personalities, so it makes sense that they get more attention.

But it’s nice to visit some of the other stations that make up this city’s broadcasting landscape. Stations like CKDG (Mike FM), CJLO (Concordia), CKUT (McGill), CKRK (K103), CKKI (KKIC) and others have a more grassroots feel, often struggling with small budgets, willing to experiment and in it more for the love of broadcasting than the financial rewards.

I’d never been to CFMB before, or met anyone who worked there, so their upcoming 50th anniversary was a perfect opportunity to profile Montreal’s first multilingual station.

My profile of CFMB 1280AM appears in Saturday’s Gazette. It’s packaged with a sidebar listing the multilingual/multiethnic radio stations in Montreal. 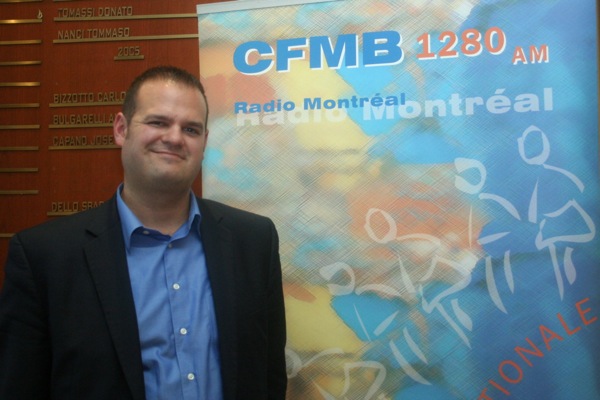 I met with Stefan Stanczykowski, the station’s director and the son of its late founder, back in October, as the station was participating in one of its many remote broadcasts. About once or twice a week, it likes to get out into the community it serves and connect with its audience. A big part of the impression I got of the station is one that is closely followed by a small but intensely loyal audience.

Stanczykowski, by the way, is a very political guy, though he didn’t bring up any political issues during our conversations. He ran for the CAQ in the recent provincial election, coming in second in Mount Royal, and his Twitter account is just about all politics.

But the businessman and lawyer by training is also very proud of his station, which he essentially inherited from his late father (his father’s estate owns a majority stake in the station, and his mother still sits on its board, along with a long-time business partner). 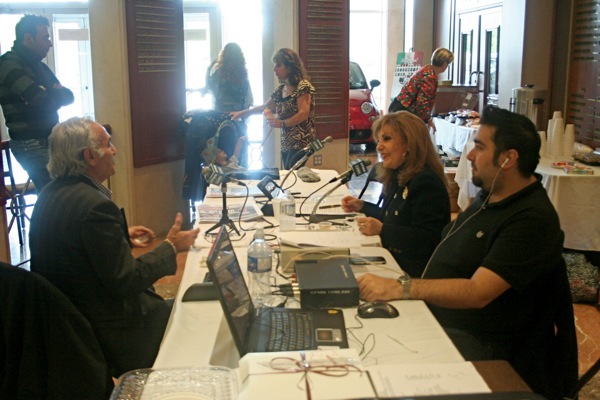 CFMB’s Italian programming on location at the Leonardo da Vinci centre in St. Leonard in October

Though it carries programs in more than a dozen languages (most ethnic stations are required by the CRTC to serve many different groups), its focus is Italian, which consumes most of the day on weekdays as well as mornings on weekends. 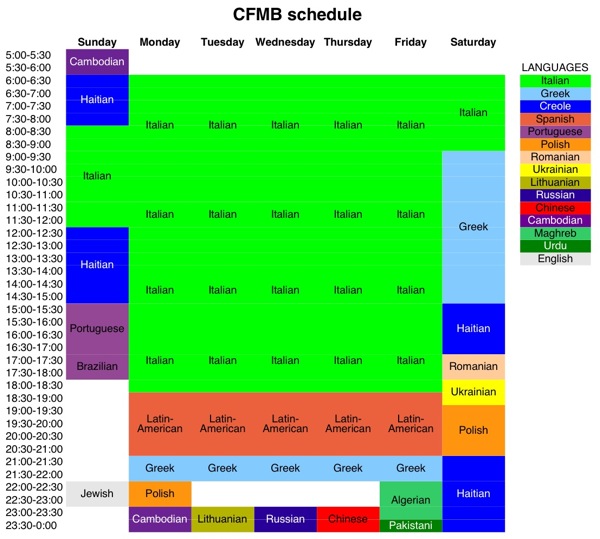 Here’s a schedule of the programming on CFMB. I made it myself based on a broadcast schedule I was sent. The lack of a programming grid is one of the issues that the station really needs to fix on its website. I would also strongly recommend that stations like this look into podcasting, and giving its individual shows their own pages, not only as a way of connecting with younger audiences, but a way to market this programming as well. 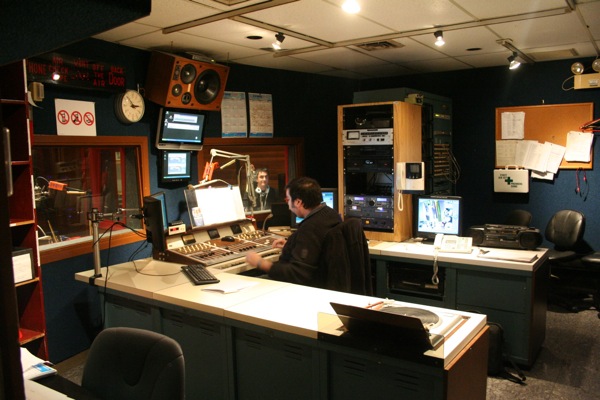 CFMB has been in Westmount since the 1970s. Its studios feel like a cross between modern technology and 70s retro. 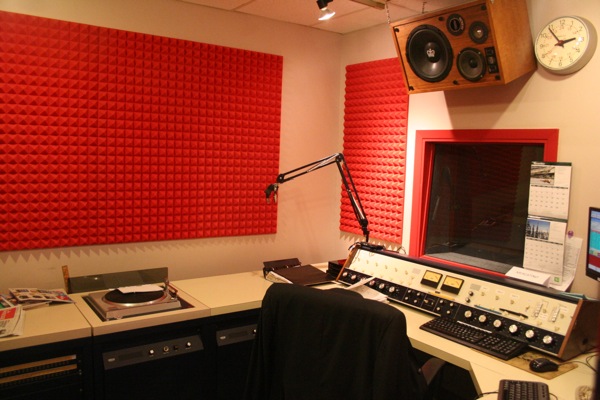 But the highlight of CFMB had to be the conference room I conducted interviews in (and forgot to take a photo of). It looked like the kind of conference room Donald Trump would be firing people in.

So what’s the future of CFMB? The people I talked to agreed that demographics are playing against it. Allophone immigrants have children who have French or English as their mother tongue. The number of unilingual allophones is almost zero.

Plus the usual problem of being an AM station when fewer people are tuning into AM.

But CFMB also has loyal advertisers, including family businesses that have been with them for decades, and continue to stay with them because of the relationship they’ve built. So long as that relationship stays strong, it has a foundation to ensure its continued existence.