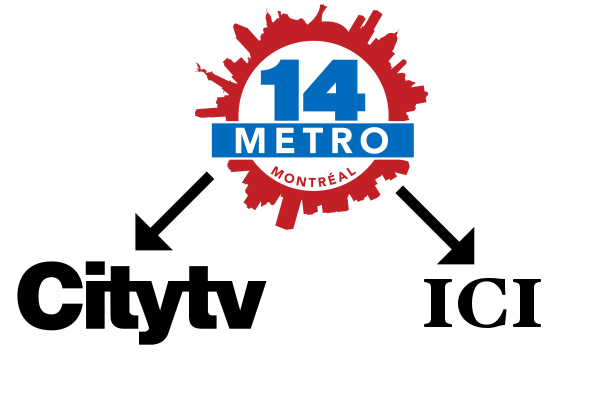 On Thursday, the Canadian Radio-television and Telecommunications Commission gave its approval to applications by Rogers and 4517466 Canada Inc. to reorganize over-the-air television in Montreal and add a 10th television station to the market, the first new one in 15 years.

The applications were essentially approved as submitted, which is great news to everyone involved. CJNT, which will become a Citytv station, will be stripped of all ethnic programming requirements once the Rogers purchase is complete, and will launch a local morning show. Rogers and CJNT’s current owner, Channel Zero, also made significant commitments to support a new station, ICI, which will assume ethnic programming requirements as a producers’ cooperative. (The decisions were important enough that the CRTC even issued a press release on the matter, in which chairman Jean-Pierre Blais says that these decisions “will increase the diversity of voices in the Montreal region.”)

My Gazette story on this news is here, including comments from the various players.

Here’s what’s next for them:

Citytv Montreal as of February

The CRTC has given Rogers until Sept. 1, 2013 to bring its local programming up to 15.5 hours a week. The licence actually specifies that this will be in the form of a three-hour weekday morning show “that includes a significant amount of local news, weather and traffic, interviews and community events” and a half-hour weekly sports show “dedicated to professional, amateur, university, CÉGEP and junior league sports in the greater Montréal area.”

Rogers President of Broadcast Scott Moore tells me the target is to launch local programming in August, after a new studio is constructed and new staff hired. (He already has an executive producer in mind, who he hopes to officially hire soon.)

The CRTC’s decision is less clear on what happens in the meantime. It does say that Rogers has to abide by the standard conditions of licence for commercial stations, which would mean 14 hours of local television a week.

Moore tells me they will look at their options and discuss them with Channel Zero and the CRTC. Moore suggested that the station could carry some local ethnic programming until ICI begins broadcasting.

What about Metro Debut, CJNT’s current local morning show? Moore said there would be discussions with Channel Zero, but didn’t seem optimistic about the show’s future, saying Citytv wanted to put its brand on the station’s programming. Metro Debut, from 7 to 10am weekdays, is produced and hosted out of Toronto.

Moore said he expects CJNT to adopt the full Citytv prime-time schedule by Feb. 4. This would coincide with the premiere of Seed, a Citytv comedy series produced in Halifax.

Other aspects of CJNT’s new licence:

With Montreal, the Citytv network expands to six owned-and-operated stations (Vancouver, Edmonton, Calgary, Winnipeg and Toronto are the others), one cable-only network (Citytv Saskatchewan, formerly the educational SCN network) and three small-market affiliates (Kamloops, Alta., Medicine Hat, Alta., and Prince George, B.C., all owned by the Jim Pattison Group). This gives Citytv a presence in six provinces and access to 9 million homes.

The four remaining provinces are all east of Quebec, which makes an Atlantic station the next logical step for City. I asked Moore about this, and he said that there are no “obvious” roads for Rogers here. Existing TV stations are all either owned by Bell or Shaw, are CBC stations or have community licences. The only notable exception is CJON in St. John’s, but I wouldn’t hold my breath on that one.

So Moore said they will try to be “creative” about bringing Citytv to Atlantic Canada. This means things like signing carriage agreements with cable and IPTV operators there to carry distant Citytv stations.

(Of course, Rogers could just apply for a new station licence in Atlantic Canada. But I guess that’s too obvious.)

Though the CRTC made a big deal of licence non-compliance by Channel Zero (the logs it submitted were not properly machine-readable), the commission hasn’t let that step in the way of the deal. It nevertheless expects the logs to be rectified and for Rogers to ensure the situation is fixed.

The commission also made no mention of whether it considers CJNT’s Metro Debut program as original local ethnic programming.

By the end of January, Channel Zero won’t be an owner of a television station in Montreal, but President and COO Cal Millar says that won’t be the end of their involvement. In addition to the $1-million loan and five years’ worth of free master control services to ICI, Channel Zero will also provide less tangible help, like technical advice. There could also be informal partnerships like those Channel Zero has with the independent station CHEK in Victoria.

Channel Zero will also be expanding elsewhere. Millar wouldn’t divulge even basic details when asked about it, saying he wanted to respect the CRTC’s process, but he told the commission during the hearing that there are other applications in front of it related to over-the-air television, which could mean either the acquisition of existing stations or the creation of new ones. Channel Zero wants to expand the model used at CHCH, which involves almost wall-to-wall local news during the day and some money-making primetime shows at night, to other markets in Canada. 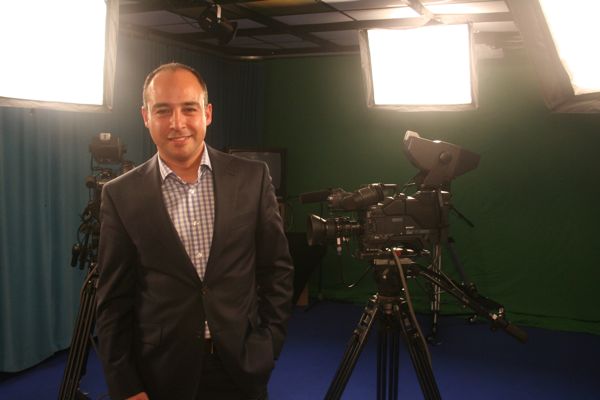 Sam Norouzi, whose family would own 90% of the company behind ICI, in the Mi-Cam studio on Christophe-Colomb Ave.

Mohammad and Sam Norouzi, the owners of production company Mi-Cam Communications and the company that will run ICI, are very excited about their newly licensed baby, especially because it took them four years to get to this point, going to Channel Zero, then coming up with a plan for a new station, and then having to change that plan after Rogers came into the picture, and waiting almost a year for the process to go through the CRTC.

Next up for them is signing definitive contracts with producers, who have already committed to buying about half the channel’s schedule. They also say more groups have approached them interested in launching programs, but they have been asked to hold off until ICI actually got its licence.

If this does not fill up the schedule, there are other options. Norouzi is open to using the 200 hours a year of free OMNI programming being offered to him, including potentially the national daily newscasts in various languages. There is also a large supply of foreign programming that ICI can buy. 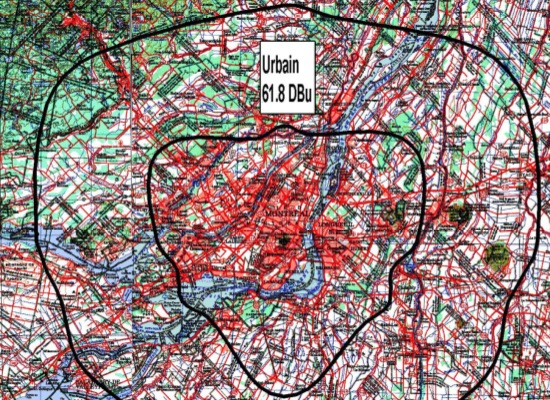 Proposed transmission pattern for “ICI” would be directional, with a triangular pattern.

ICI, whose callsign is to be determined, will operate on Channel 47, with a maximum effective radiated power of 5,500 watts. The antenna will be installed on the Bell tower, which is on Mount Royal behind the police station and stable on Remembrance Rd. Its signal would be comparable to CJNT.

Carriage on local cable would be automatic, since regulations require that all over-the-air local channels be carried on basic cable. Carriage on satellite (Bell TV and Shaw Direct) will be more complicated, up to negotiation. If they offer a significant amount of original programming, expect them to be quickly made available at least in standard definition.

The Norouzis tell me they hope to get ICI on the air by late spring or early summer.

You can also read my previous pieces on these applications, including various questions about their plans, my initial evaluation of the proposal, my analysis of the hearing and my stories in The Gazette about the ICI proposal and Rogers’s plan for CJNT.

UPDATE: Since it was asked for, here is a map of CJNT’s contours, as well as CJNT and ICI overlaid on each other. As you can see, the coverage is about identical: 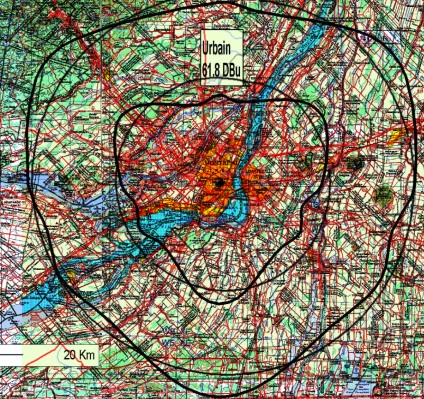 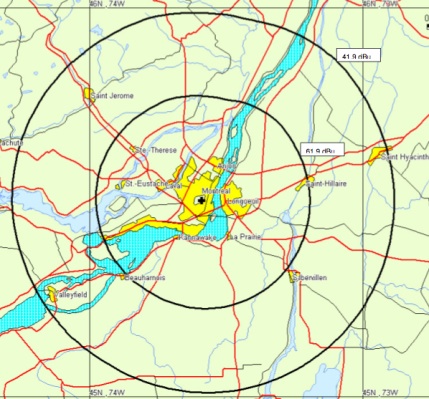