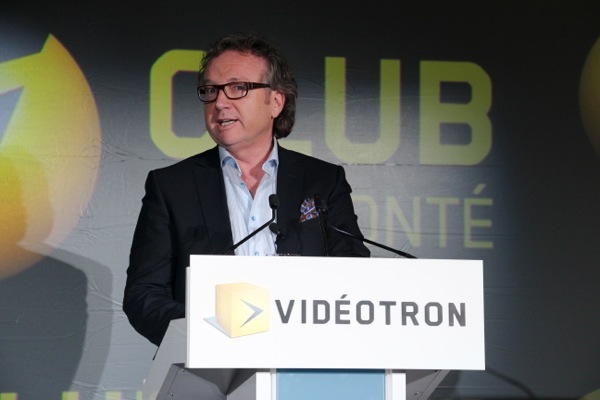 They sent us an invitation, even had English versions of their press release printed out, but they might as well not have. Videotron’s “Illico Club Unlimited” is about as interesting to an anglophone audience as a free dinner with Guy A. Lepage.

The Netflix-like service, which was shown off to the media on Thursday at Quebecor headquarters, will have almost a thousand movies (I couldn’t get an exact number, but around 800-900), about 20 television series, plus children’s programming and concerts. But it’s all in French. Any English titles are actually bilingual ones, and even then represent only about 10% of the initial offering.

The plan to focus on the French market makes sense. According to a recent monitoring report, about 21% of anglophones in Canada had a Netflix subscription, versus only 5% of francophones. With Netflix Canada’s French offering very poor, now’s the time to launch such a service, before Netflix has a chance to catch up.

But for anglophone Videotron users, it probably won’t be worth it. Instead, an $8 Netflix subscription makes more sense than a $10 subscription to Videotron’s service on top of everything you’re already paying them.

You can sign up for a free trial month of Illico Club Unlimited here.