I thought nothing short of an alien invasion would unite the country. Heck, even then I’m sure the PQ would blame the federal government. But the CBC managed to do so last week when it announced that it was rebranding all its French-language services as “ICI”.

But the move has been so universally condemned, from the left, from the right, from its enemies and its friends, that I feel the urge to play contrarian and find some reason to support it. But I can’t.

The reasons to dislike it just pile up:

But the biggest problem with this rebrand is this: It’s screwing the little guy. 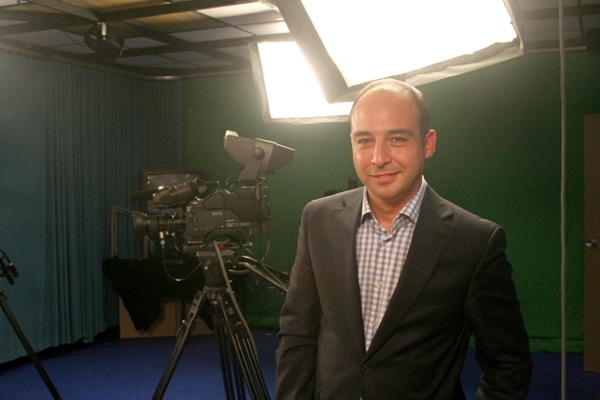 Here’s that little guy. His name is Sam Nowrouzzahrai, but he does business as Sam Norouzi because he wants to save people the trouble of always looking up how to spell and pronounce his name. He’s the man behind a new ethnic television station in Montreal. It’s a mom-and-pop shop, owned by his family and run as a producers’ cooperative. He’s not looking to get rich off of this, just find work for some ethnic broadcasters and bring local ethnic television back to one of Canada’s most diverse cities.

As I explain in this story in The Gazette, Norouzi did his homework, applying for a registered trademark and waiting for it to get approved as the CRTC application process followed its course. Now, weeks before the station is set to go on the air, he has to deal with the CBC’s lawyers who are trying to take his name from him. And while he has a legal team to deal with that, it’s taking up a lot of his time too. “There’s not a day that goes by that there’s not an issue I have to deal with” involving the case, he said.

I first wrote about this story in March, but now Norouzi has decided he’s ready to play offence in his David-vs-Goliath battle. Articles in the Journal de Montréal, La Presse, the Globe and Mail, the National Post, even the New York Times. An interview on CBC Radio’s As it Happens. An angry column from Sophie Durocher. And while he told me back in March that he didn’t have the funds to take this matter to court, he now says he’s ready to fight.

“We have full rights to go forward with the name and we intend to do so,” Norouzi told me. “We will defend ourselves. For us it’s really a question of principle.”

CBC by a technicality

So what kind of case does the CBC have here? Can they really force Norouzi to give up his name?

Companies don’t have to register their trademarks for them to be legal. They just have to use them. Same thing with government bodies and their “official marks” according to the Trade-marks Act. But it helps. And Norouzi’s application for ICI came a year before CBC’s 31 applications for ICI-branded services. (The only CBC mark that predates Norouzi’s is one from 1969 for “Éditions Ici Radio-Canada”.)

I spoke with Pascal Lauzon, a lawyer and trademark agent with BCF. He said most of the case is “very debatable on both sides.” He pointed out that the registrar of trademarks looks through the database when a trademark is applied for. The process also includes a two-month waiting period so opponents can file oppositions to proposed registrations.

But Lauzon also said that there’s a five-year period during which someone can apply to the federal court to expunge a trademark.

Obviously not in a position to prejudge a case like this, Lauzon said the CBC has a strong case, not so much because it can prove it used the name first, but because of what amounts to a technicality.

Part of the trademark registration process is the filing of what’s called a “declaration of use.” This tells the Canadian Intellectual Property Office that you have actually used the trademark you’ve applied for on a good or in connection with a service. Norouzi filed this on Aug. 20, 2012. But his station wasn’t on the air at that time. We didn’t even know it existed because the application for it wasn’t published until a month later.

The CBC alleges in its lawsuit that, because Norouzi did not appear to be actually using the trademark, his declaration of use was “materially false.”

That, Lauzon said, is enough to have the entire trademark registration thrown out. If that happens, Norouzi would have to file for a new one, but that would put his application behind those 31 marks of CBC-Radio-Canada, and would weaken his case considerably.

“He should have waited” until the station was on the air, Lauzon said. He had three years to file a declaration of use, and waiting would not have made his initial filing date of August 2011 any less valid. “If he had waited, he would be in a much better position,” Lauzon said.

An amicable solution is the best solution

There is another way for this to end: The CBC could see the error of its ways and abandon the whole “ICI” plan entirely. Or it could offer to pay the costs associated with Norouzi’s station taking another name. I don’t know if either of those are likely.

Norouzi tells me he has had no communication with the CBC other than through its lawyers, who first contacted him last November complaining about possible confusion. (Norouzi dismissed those claims since they came long before anyone had any idea that Radio-Canada would be rebranding.) The CBC won’t comment except through written communication that goes through its legal department. Which means I didn’t get a response from them by press time. (I’ll update this post with what I hear back.)

The CBC has already started to back away from ICI. On Monday, president Hubert Lacroix apologized for the “confusion” and announced that some services, including the main TV and radio networks, would retain the Radio-Canada name. You can see a full list here (PDF). Names like “ICI Radio-Canada Télé” and “ICI Radio-Canada Première” sound like awful compromises, taking names that were long and making them even longer.

This backtrack was after days of trying to re-explain a move that should have been self-explanatory.

It hurts to throw away a $400,000 project. But sticking with a bad idea isn’t a better option.

UPDATE: I asked for additional comment from CBC about this case. Hours after the request, I was asked to submit written questions. Almost 24 hours later, I finally got this as a response from Radio-Canada’s Marc Pichette:

In response to your questions sent yesterday (and I apologize for the delay), the term “ICI” has been closely tied to Radio-Canada’s identity for over 75 years. That it has risen to increased prominence recently is only a reflection of the close association our audience makes between that word and our brand.

Confusion is in no one’s interest. That’s why the matter to which you refer is part of an ongoing legal process which is before the Federal Court. I hope you will understand that I cannot comment on the specifics.

13 thoughts on “CBC jumps into semantic nightmare with “ICI” debacle”