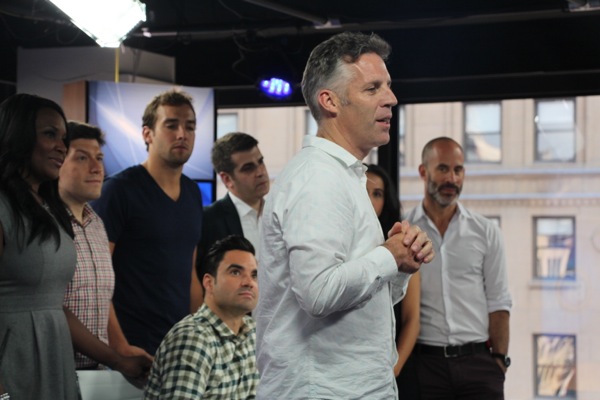 It might be a bit mean to say this, and I know the people at Global work hard to get their show on the air. But while it can make the case that it’s more tied to the community, that it has a better news department, and that its staff are more creative, I just don’t think any of that is going to be enough to counter the fact that they’re outnumbered 3:1 in staff.

The only ratings information we have for Morning News, taken when the show was only a month old, showed it had 500 viewers total. A bunch of people have repeated that figure to me with an expression of either disbelief or pity, or both. Morning TV audiences aren’t that big to begin with, and Global has had neither the marketing push nor the killer content to attract any viewers away from the market leader, Canada AM.

Based in Toronto and branding itself as a national morning show (even though no Bell-owned CTV stations carry it west of Ontario), Canada AM attracts the lion’s share of morning viewers here. But its dominance isn’t absolute. A show that has high production values and more local content could, I think, take away a good chunk of that, though it would probably take some time. 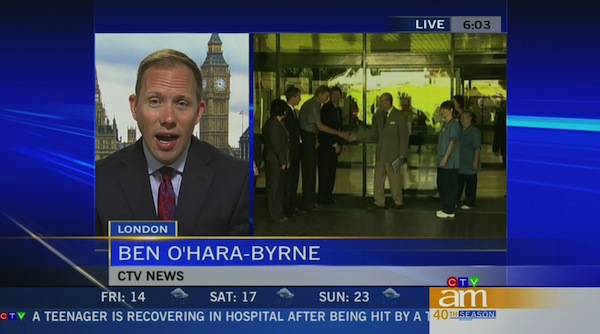 A ticker at the bottom of Canada AM on CTV shows local weather and news. 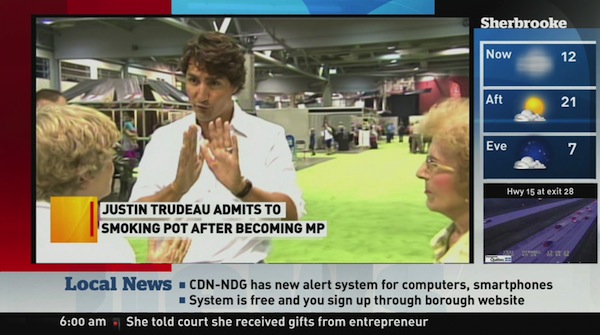 We’ll get our first indication of what kind of effect Breakfast Television has on Jan. 14, 2014, when BBM’s fall ratings come out, covering the period of Oct. 17 to Nov. 20.

There’s reason to be optimistic about BT. In Toronto, it’s the top morning show. Rogers clearly has found a formula that works here. But on the other hand, BT shows in other markets out west aren’t doing so well, falling behind because of the fierce battles between Global and CTV.

Would a successful BT put pressure on CTV to start its own local morning show here? It’s a good question. When I spoke to CTV Montreal General Manager Louis Douville a few weeks back, he said they’re constantly having discussions about doing new things like starting a morning show. But the main reason not to is that it would require bringing in a whole new crew, which would be an expensive endeavour.

There isn’t much to say about what Breakfast Television will be like. It’ll be a morning show, with about four minutes of news every half hour, and traffic and weather about every 15 minutes. (. UPDATE: They’re doing them again.) News reporter Laura Casella will be on every half-hour, and new media expert Elias Makos once in each hour.

Because City doesn’t have a news department here, expect the show to have less of a hard news focus. “We still are largely a lifestyle and entertainment show,” Babinski told me. But he said they would be offering “the news we think you need in the morning.”

There won’t be prepackaged news stories from the night before. Babinski said they’re looking at getting a deal done with TVA for footage of overnight traffic accidents and such.

And if there’s something huge happening, they can make changes. “We have the ability in the event of a particular developing story to then open up our format to go as long as we need to,” he said. “My gut is when there’s a story where we think everyone in Montreal needs to know, that we need to be on that story.” 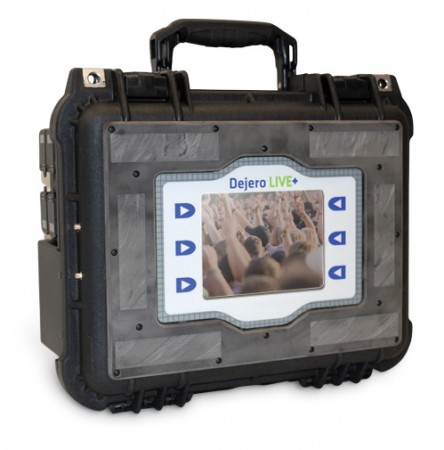 The two field personalities, Casella and Live Eye host Wilder Weir, who will be going to bake sales and doing silly stunts and other morning show silliness, will be making use of Dejero boxes. These portable suitcase-looking things replace most of the functions of a remote truck, and rather than run on expensive satellite or sensitive microwave transmission, uses multiple cellular network connections to transmit high-definition video. (I’m guessing Rogers Wireless will give them a deal on the data plan.) CTV has also been using these devices, with mixed success. The connection isn’t rock-solid, and that means it can cut out. Babinski told me the boxes have been working perfectly during rehearsals though.

Still, even with a big technical team and a week of real-time rehearsals, Babinski expects there will be growing pains. The key will be to stay calm. “If we don’t panic the audience isn’t going to panic,” he said.

Babinski estimates that about 95 per cent of the show will be live. Exceptions include situations where a guest is only available for an interview after a show, or if a Live Eye segment that’s not timely can be filmed and packaged for later use. “The push is to get as much done in that 6-9 period as possible,” he said.

The show hasn’t announced any columnists or regular contributors yet. That’s partly because they want to keep some things close to the vest, but mostly because they’re still working out who those people will be. They’ve already brought a few people in for the rehearsal shows and are trying some people out (yoga instructor Bram Levinson is among them). Nothing is guaranteed yet, and they don’t need a full roster of columnists right out of the gate.

Expect parts of weekly sports show Montreal Connected to be shot in the spacious BT studio by the end of September. Right now that show has its intro segments filmed at various outdoor locations, and has a panel discussion at the W Hotel. Giving it a studio will give it a home, which will make things a lot easier when winter comes.

Breakfast Television starts Monday at 6. Go ahead and set your PVR now.

4 thoughts on “Breakfast Television will crack some eggs – but whose?”