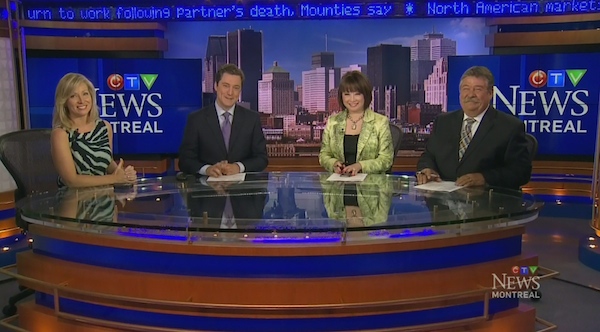 New video monitors installed behind the anchor desk on either side.

If you’ve been watching CTV News Montreal this week — and ratings data suggest you probably have — you may have noticed something new: monitors installed behind the anchor desk on either side of the cityscape background (and, in fact, cutting it off a bit). It’s the first really noticeable refresh of the set since the new studio was inaugurated three years ago.

The purpose is mainly to have graphics to show behind anchors in close-up shots, a cooler version of the over-the-shoulder graphic. 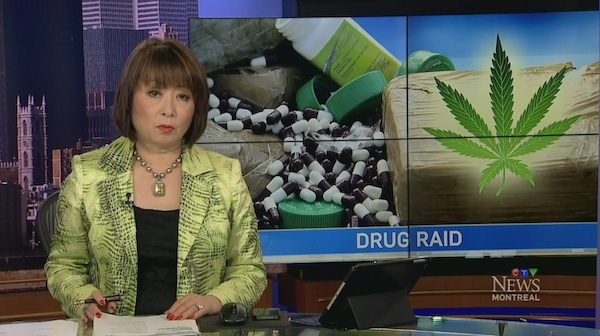 A behind-the-shoulder graphic, with no green-screen required

“We added these over the weekend in the hope of making the set look a little more contemporary,” explains Dave Maynard, CTV Montreal’s Manager of Operations and Production. “When we built the set in 2011 (yes almost 3 years now), I remember looking at the twin set of nine monitors on either side of the anchors and thinking ‘damn, I should have budgeted for monitor walls.'” 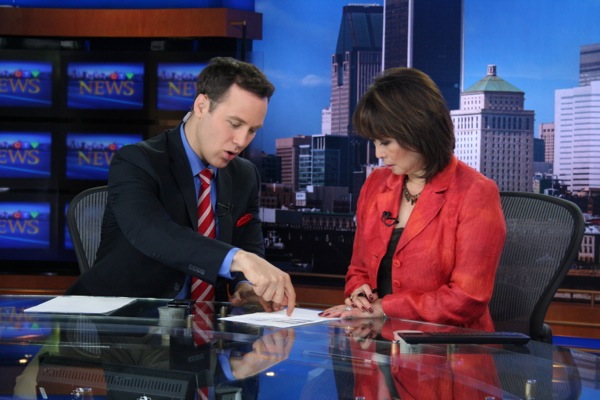 Before: A 3×3 bank of small monitors with the CTV News logo 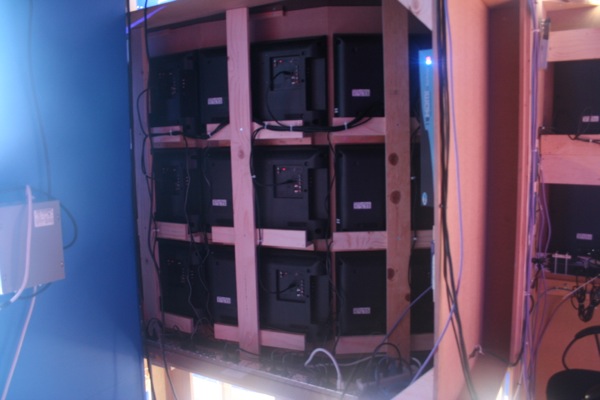 What the unsexy back of that video monitor wall looked like.

But since responsible organizations don’t want to expensively redo something that’s just been redone, the upgrade waited. Three years later, a “refresh” makes sense, and so we have the monitors.

Maynard said the station looked at two options, the other being replacing the entire backdrop with a video wall, as had been done in Calgary (whose studio closely resembles Montreal’s). But “I like our cityscape shots and felt that a monitor could be used more effectively to run graphic and video content if they were smaller.”

The screens are 47 inches diagonal, combined 2×2 to form a 94-inch screen — big enough to fill the screen but small enough to avoid “a shot of an anchor who looks like Frodo next to Gandalf,” Maynard said. The two groups have independent video feeds, so they can cut from one anchor to the other and have a different image in the background. At the moment it’s just static graphics, but live and playback video will come soon, introduced carefully to avoid mistakes. 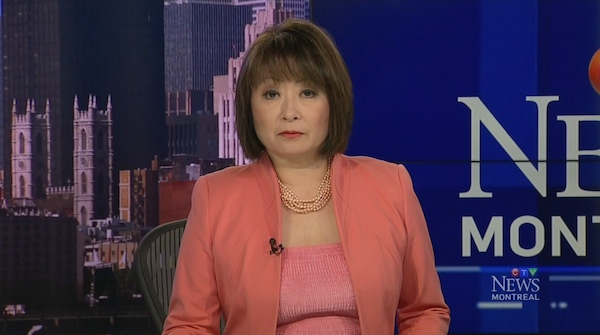 The screens can get into shots when they’re not needed — or wanted.

But the screens also create challenges. For one thing, when they’re not used to show graphics, they can creep into shots of anchors at the desk. Another, Maynard explained, is that the camera has to be perpendicular to the monitors so they don’t look crooked.

“This also means that talent have to be on their exact marks,” he added. 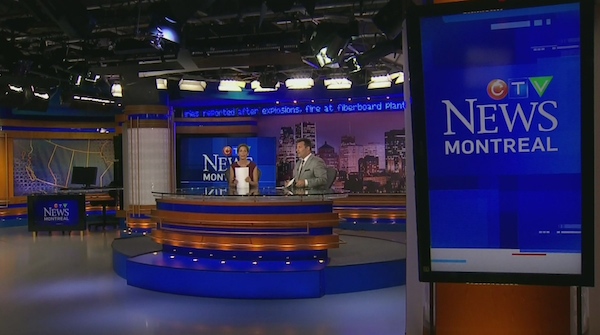 Getting the right camera angle can be difficult because of the four immovable support pillars in the studio (the studio is in what used to be office space on the ground floor). Two of these pillars are behind the anchor desk, where they don’t cause many problems, but the other two are on either side of where the studio cameras are, restricting their movement or even getting slightly into frame.

But they’re working on it, and as the week progressed quickly started reducing the awkward angles and made more use of the new toys. “Each new show brings some insights and solutions,” Maynard said. 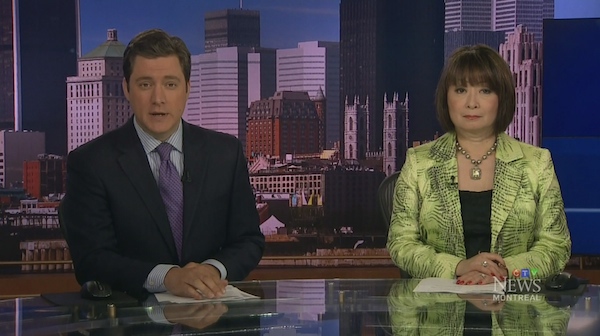 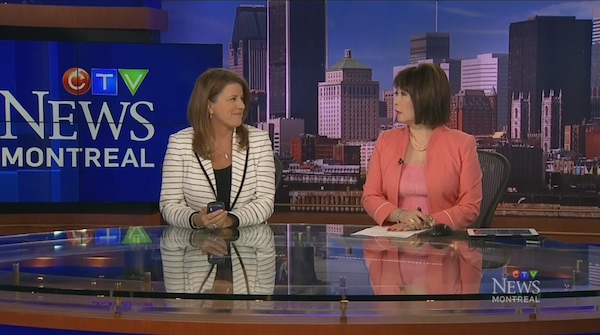 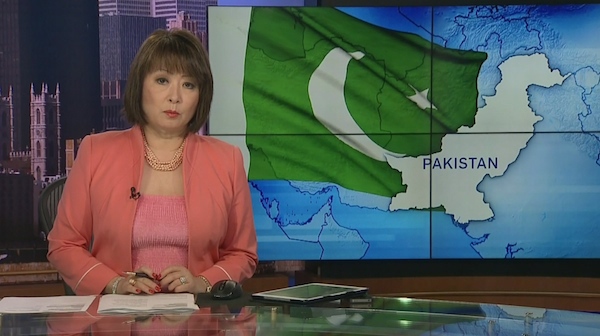 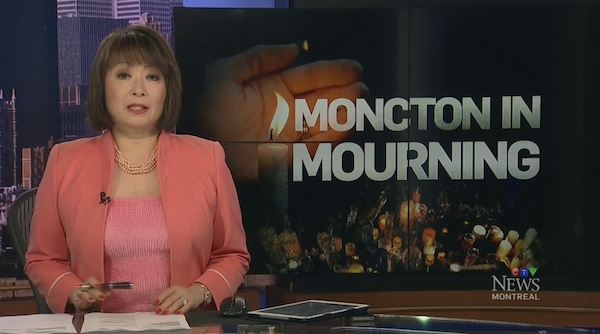 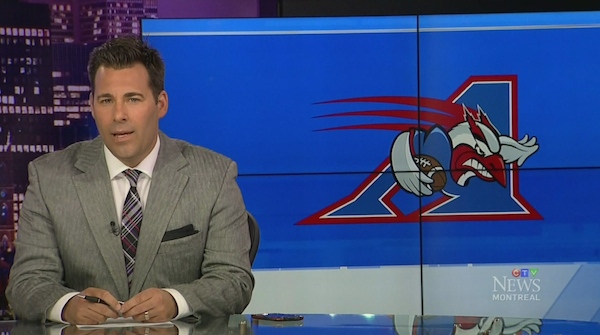