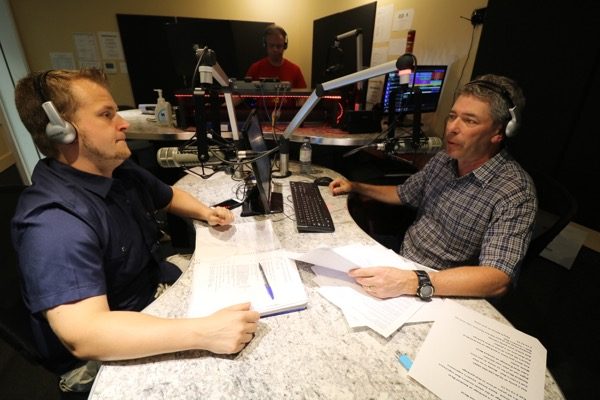 Bienvenue @ElliottFPrice to the Sportsnet Network! Listen to sports talk with a Montreal accent live from 8p-10p ET: https://t.co/AqVxBc6fLs

I asked the parties involved for a story that appears in Monday’s Montreal Gazette, about what Price has been up to since he was let go from TSN Radio 690 last November.

Basically, it’s an agreement for cooperation. Price gets access to Sportsnet’s branding and personalities he can interview on his show, plus Sportsnet’s website hosts his podcast. On the flip side, Sportsnet’s radio stations in Toronto and Calgary get access to Price to give a Montreal perspective on sports stories, and Sportsnet has a “presence” in the market, a benefit that is less tangible.

I could not get them to either confirm nor deny that money is changing hands as part of this deal, but Dave Cadeau, program director of Sportsnet 590 The Fan in Toronto said the deal isn’t financial in nature. Price is not a Sportsnet employee, and he maintains his editorial independence. Price’s show (which has been renamed Sportsnet Tonight with Elliott Price) also carries some Sportsnet-related advertising, including spots for the upcoming World Cup of Hockey.

It was Price that got the ball moving on this deal, and he said he had been working on it since the beginning. Unlike TSN Radio, which has eight stations in five provinces (in every NHL and CFL market except Calgary and Regina), Sportsnet has only stations in Toronto and Calgary, and so needs some help to cover other major sports markets.

So does this mean we could see other deals like this in the future?

“Could I see it? Sure. Are we thinking about it? No,” Cadeau says. “This is all that is planned.”

Price’s situation is pretty unusual. CFMB is licensed as an ethnic radio station (it is required to broadcast programming in 16 languages for 16 ethnic groups, but there’s no particular limit on the amount of non-ethnic programming it can broadcast otherwise), and so is only sports for 10 hours a week.

The likelihood of Rogers starting a full-time all-sports station in Montreal is virtually zero while TSN 690 is on the air. Outside of Toronto, the market for sports-talk simply isn’t robust enough for more than one station. (Rogers did suggest it might be willing to buy TSN 690 during the Bell-Astral hearings, but it’s unclear how serious that offer was.)

So this represents the next best thing. Sportsnet gets a presence in the city that it doesn’t have to pay for, and Price gets to look a lot more professional and get lots of expert guests by associating himself with this big brand.

I asked Price whether he thinks he can get enough advertising to make his show break even. The initial response from advertisers has actually been quite impressive. Since it started as a one-day-a-week show on CFMB, the show has had several local sponsors. He said it was enough that the Sunday show paid for itself, but with the expansion to five days a week (making this a de facto full-time job for Price and co-host Grant Robinson), the advertising demands are greater. He guesses he’s about halfway there, though. 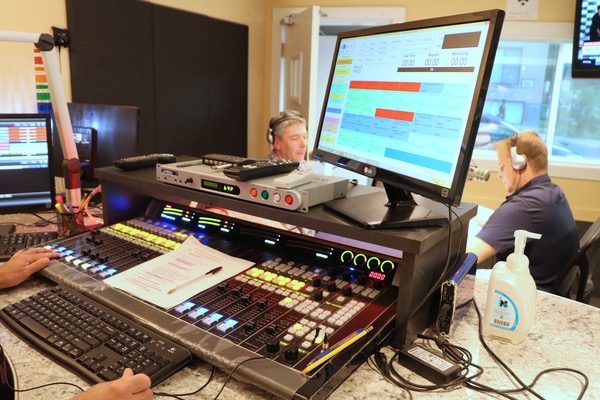 This was my first visit to the new studios of CFMB since the Evanov Radio Group bought the station and moved it to new offices on Papineau Ave. in Rosemont. The building, which doesn’t have any exterior signage, has newly renovated offices on several floors (and half-floors). Upstairs are the studios of sister station AM 980.

The new studio is clean and reflects a the new reality of radio, and the big windows will expose hosts to a lot more natural light than the basement studios the station vacated in Westmount. 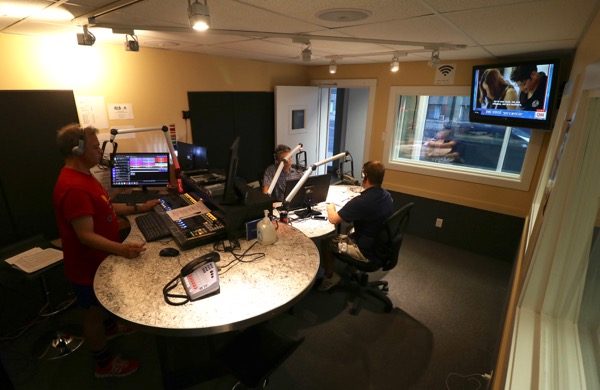 UPDATE (Aug. 11): Price is interviewed on Breakfast Television Montreal about his new show.