For the past five years, one of the most common questions I’ve been asked by people in the local broadcasting industry is what’s going on with TTP Media, a group of local businessmen who won CRTC licences to launch three AM talk radio stations in the city and had promised to revolutionize the market with big investments in quality programming.

Unfortunately, for years now the answer has been “nothing that I know of.” And unfortunately that continues today.

Since getting the licence for 850 AM in 2013, the group’s only on-the-record activity has been asking for extensions and technical changes from the CRTC, each time indicating that the stations were mere months from launch.

But now there’s finally some news, even though it’s not clear what it means. In June, the authorization from the CRTC to launch a French sports-talk station at 850 AM expired. Because the decision approving the station was published in 2013, and the first extension given last year, a second request for a final one-year extension should have been a matter of formality.

But that request was never issued. So on June 19, when the deadline was reached, the authority to launch the station expired.

According to the CRTC, the frequency is now available for anyone else to apply for.

I chronicle my attempts to seek comments from the partners in Tietolman-Tétrault-Pancholy Media in this story published by Cartt.ca. Paul Tietolman, whose father Jack founded the station that used to be on 850 AM in Montreal, was the only one who would talk to me, but he wouldn’t answer questions about the group’s plans, wanting to defer to his partners and not act as a company spokesperson.

My attempts to talk to partners Nicolas Tétrault and Rajiv Pancholy failed. I started with an email to the addresses both have registered with the CRTC. But those emails bounced, because the domain name they use, ttpmedia.ca, has expired. That’s certainly a bad sign.

I called both of them and left messages. Weeks later, I called again. Tétrault answered, and I identified myself. That was followed by a pause, and then he hung up. I called back and was sent straight to voicemail. Someone answered the phone for Pancholy and took a message for me. Neither of them have gotten back to me.

Tietolman-Tétrault-Pancholy Media, officially 7954689 Canada Inc., was founded in 2011 when Cogeco applied to revive two AM transmitters in Kahnawake to start government-subsidized all-traffic stations serving the Montreal area. The three businessmen objected, and said they have their own proposals for radio stations using the two vacant clear channels (690 and 940 kHz). This led to a hearing at which Cogeco and TTP Media presented their proposals, as did Bell Media (which wanted to move TSN Radio to 690 from 990) and Evanov Radio (which wanted to launch an LGBT station and didn’t mind too much which frequency it was on).

The TTP group is composed of three businessmen: Tietolman, who seems to be perpetually working on broadcasting-related projects that haven’t materialized yet; Tétrault, a former Montreal city councillor and candidate for the PQ and BQ whose day job is as a real estate agent (the company’s address is the same as his Royal Lepage office) and Pancholy, a wireless communications executive who’s now CEO of India-based OnMobile (I’m told this means he spends a lot of time commuting between Montreal and India).

A year earlier, Tietolman and Tétrault had attempted to give a counter-offer to Cogeco’s $80-million acquisition of Corus’s Quebec radio stations with an $81-million after-the-fact offer. Corus rejected this and the sale to Cogeco went through.

Though their business plan is based on a lot of wishful thinking, TTP Media succeeded in getting three licenses from the CRTC:

Each had a different transmitter site when approved (940 from the CJMS 1040 transmitter, 600 from the Cogeco Kahnawake site and 850 from a new site built in Île Perrot). But TTP Media eventually found a way to consolidate all three at the Kahnawake site, which they said they were buying from Cogeco.

The group, and Tietolman in particular, talked big about how the news-talk stations would revolutionize radio. Their application spoke of a “face-à-face” format where people of diverging political views would debate the issues of the day. There was talk of something called “radiovision”, offering some sort of multimedia component to counteract the unappealing AM-quality sound. And Tietolman promised other mysterious aspects of these stations, things he couldn’t discuss lest competitors steal their ideas, that would totally change the game.

If Tietolman sounds a bit like a used car salesman to you, then I’m glad I’m not the only one with that impression. He likes to flatter, make big promises and use a lot of hyperbole. He’s a nice, professional guy, but his ability to sell you on such little substance might be a cautionary tale.

Even though last November, when the 600 and 940 license authorizations were expiring, the group said it was a few months from launching and had purchased all the equipment at the Kahnawake transmission site, Cogeco Media president Richard Lachance tells me they are still at the discussion stage about that sale.

For the record, here’s the list of equipment at the Kahnawake site, which has been dormant since Info 690 and AM 940 went off the air in 2010: 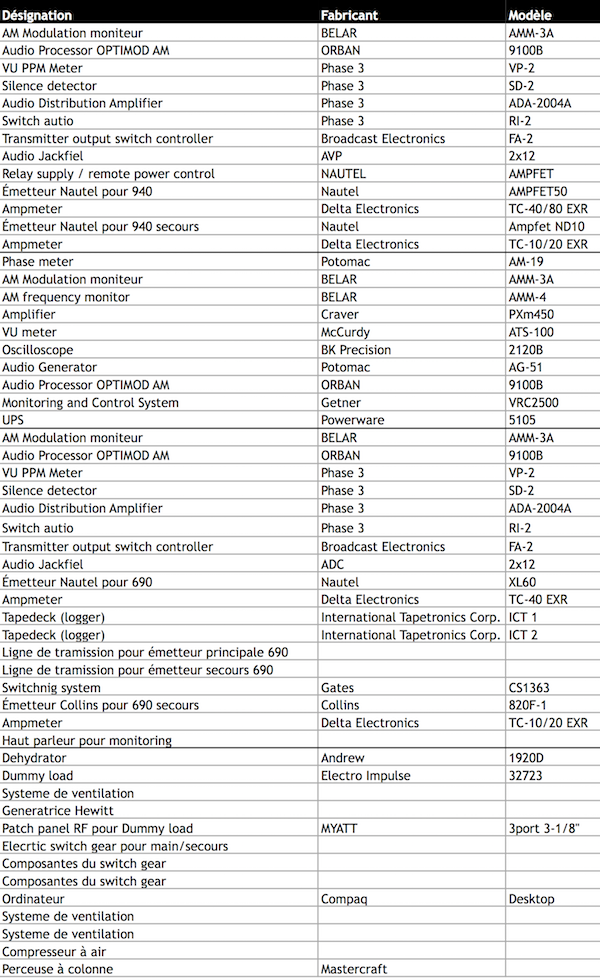 Tietolman didn’t seem too concerned by the group’s failure to apply for an extension for the 850 AM station.

It could be, though no one has confirmed this, that the decision was strategic. A French all-sports station made sense after 2011, when Cogeco flipped CKAC 730 from sports to traffic, moving Canadiens and Alouettes games to CHMP-FM 98.5. And Tietolman had said at the time that getting rights to live games wasn’t a necessity.

But last fall, CKLX-FM 91.9 switched formats to go sports-talk during the day. That makes the business case for a French AM sports-talk station much more perilous. Two sports-talk stations in the same language, neither of which has actual live sports, seems non-viable, especially when you consider 91.9’s ratings.

The 850 station wouldn’t be locked into sports-talk, and could adopt some other talk format, or even a music one. But music doesn’t work very well on AM, and if you’ve already got one talk radio station, why split your audience needlessly?

This is still speculation on my part. But the only other reason I can think for failure to apply for the extension is a catastrophic breakdown of operations at TTP Media. And considering the domain name expiry, Tietolman’s projects outside the partnership, Pancholy’s new job, the group’s failure to communicate and the fact that so little has happened in five years, I can’t discount that.

No one’s waiting to pounce

You might wonder why the CRTC doesn’t put its foot down and yank the licence authorizations. It may do that in November. But there’s so little demand for full-power AM radio stations in Montreal that there’s no pressure to vacate the frequencies. The clear-channel 940 might be useful for a station like CJAD 800 or CFMB 1280 or CHRF 980 or one of the smaller commercial or ethnic stations, but otherwise if TTP Media loses the frequencies they’ll probably still be vacant if they ever come around and re-apply. Both 600 and 850 kHz have been vacant since 2000, and other frequencies like 650 could also be used for high-power AM stations. 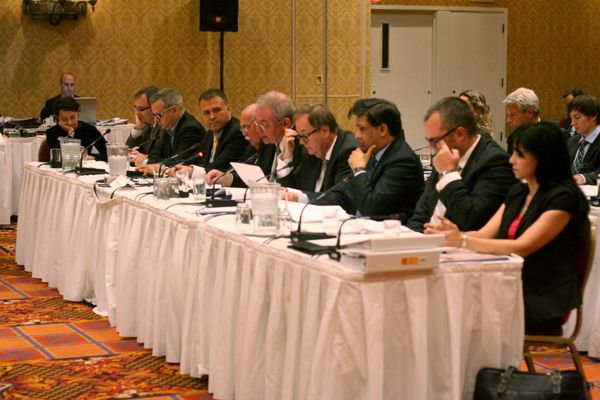 The team of Tietolman-Tétrault-Pancholy at the CRTC hearing (there’s a smaller second row of people behind them, about 15 in total)

When it first went in front of the CRTC in 2011, TTP Media had an impressive lineup of people, including former radio managers and survey experts. Some were just hired for the purposes of the hearing, but others were ready to take over management of the new stations. Unfortunately none of them are on TTP Media’s payroll:

People keep asking me if these stations will ever get on the air. The truth is I don’t know. At this point they have three months before they lose the 600 authorization, and they’ll lose the 940 one two weeks after that, unless the CRTC grants yet another extension and loses all credibility when it says these extensions are “final”. It’s possible to launch a station in that time, but every day closer to that deadline makes it less likely that they’ll pull it off.

If the project does die in November, that will be bad news for all the laid-off radio personalities and graduating students who were hoping for jobs, for the listeners who were hoping for new competition to force an increase in quality, and for me, who wouldn’t mind having another group to report on that isn’t named Bell or Cogeco.

24 thoughts on “TTP Media abandons 850 AM, shows no progress on other unlaunched stations”