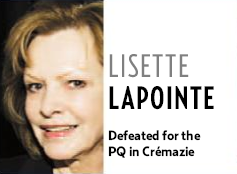 Results on the same page showed her leading with all polls reporting, and a big story a few pages before labelled her victorious.

Now that the election is over, it’s the perfect time to discuss the parties’ platforms.

It’s not like I could have used that yesterday or anything.

Don’t ever make this face again.

I have to go after the latter. He’s inviting people to edit an interview with him, much like he does on Better Know a District. Watch the video where he intentionally makes it easy. I can’t wait to watch the edits.

END_OF_DOCUMENT_TOKEN_TO_BE_REPLACED

The polls have closed, and results are already trickling in from four ridings.

I feel for professional photographers. Today’s cameras have automatic focus, automatic exposure, automatic white balance, and basically do everything by themselves. News photographers can’t play around in Photoshop to be creative, and there’s just so many angles you can use to take a portrait of a guy in a suit.

So every now and then, these people try experiments. They set the exposure very low, taking photos that look dark and mysterious, except for the politician’s face captured in the bright light of a television camera. They set the shutter very slow, to show a sense of movement.

But Marie-France Coallier’s shot in today’s business section just looks bad, like someone accidentally smudged the photo by wiping it down: 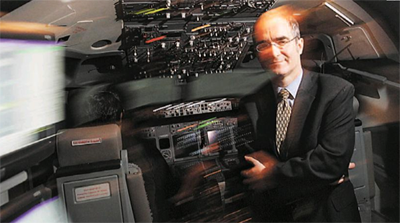 Correct me if I’m wrong, but doesn’t Niagara Falls flow into Canada from the U.S.?

If so, why would someone think they could cross into the States through it on an air mattress?

I’m thinking it’s time to start a “catfight” category, what with stories like this popping up. Apparently Nova Scotia is mocking Calgary in an ad campaign, and (surprise) Calgary isn’t impressed.

My favourite part is the Calgary alderman who notes that if Nova Scotia wants its poor, unemployed homeless deadbeats back, they’re welcome to them.

Apparently a Liberal Muslim MNA created a bill in the legislature that some imams disagree with, and now they’re encouraging people not to vote for her.

How dare they? Denouncing a candidate because of the laws she enacts? What has this world come to?

So voting is today in the big election. Having not finalized who I’m going to vote for, I decide to head to the media websites to find their analyses of the parties’ platforms.

Unfortunately, this is nowhere to be found.

The newspapers have actually increased coverage of this election. Every day there are pages and pages of original reporting, combined with the kind of web coverage we’ve never seen before. There are profiles of the party leaders, endless stories about poll results and missteps, riding profiles, behind-the-scenes videos, election blogs, galleries of editorial cartoons, discussion of whether “election” should be pluralized, even analyses of media coverage.

But not a single website I visited had issues analysis or party platforms in some obvious place.

The closest thing I found was this independent vote-selection wizard. Wikipedia’s French entry on the election isn’t too bad, but still no detailed information on platforms.

Today in the Gazette, Maureen Marovitch, who lives on Hillcrest Ave. on the Ville-Saint-Pierre side of the VSP-Montreal-West border, makes the same point through anecdotal evidence that I made previously: the so-called “traffic problem” on Broughton St. / rue des Erables simply does not exist, and there are no trucks or semis barrelling down there. In fact, it’s quite safe for pedestrians:

I walk almost daily along these streets with my two children, ages 3 1/2 and 1. I’ve watched boys play street hockey complete with nets right in the middle of the road with few, if any, cars in sight.

She also challenges the “it’s only a 29-second detour” Mtl-West talking point response to Lachine’s “think of the ambulances” talking point:

This claim was so hard to believe that my husband, a former Urgences sante paramedic and firefighter, timed the detour at 6 p.m. on a weekday. It actually takes nearly two additional minutes to do the two-kilometre detour. That doesn’t sound like much, but if your child is suffering an allergic reaction, your spouse is having a heart attack or your dinner companion is choking, it could mean the difference between life and death.

Meanwhile, my $20 challenge is so far still unmet.

So Paul Wells was like “stupid Gazoo can’t read polls and they have cooties.”

And then Andy Riga was like “oh no you didn’t, biatch! I’ll let the readers decide whose mama has the bigger army boots!”

And then Paul was like “Meh. Dude done bad-mouth to my blog post, but I ain’t gonna respond. I’ll just link to it at the end so my readers know he be stupid.”

Kate points us to this Hour piece which has some amazingly common-sense opinions on the reasonable accomodation debate.

Happy birthday. The only thing is, I’m surprised a seasoned journalist such as M. Arpin doesn’t know that ripping a picture off Getty Images (watermark and all) without paying for it is considered copyright infringement. I know a certain student newspaper does this all the time, but Canoe?