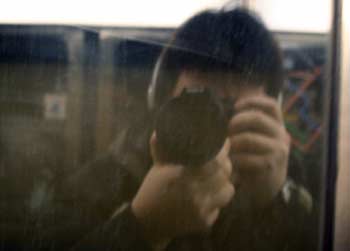 It’s been the subject of advertising campaigns, design criticism and ridicule. People with lots of time on their hands have created computer simulations of it. Others have shot strange foreign-language films there (familiar-language movies too).

It has a sound system nobody understands. It has buskers, some of whom play in front of giant ads with their pictures in them.

And then there’s the (sometimes drunken) dancing. Some use the poles to dance by themselves… upside down. Others aren’t so agile. Some dance with a friend. Some straddle. Some spin. Some twist. Some groove while sitting down. Some … uhh…

Love it or hate it, our metro will live on forever thanks to amateur videographers.

Bonus: Some metro-related things you don’t see every day: Decoupling. The view from the cabin. Door chimes.