Back by popular demand, the second edition of Montreal’s Largest Water Fight is tomorrow (Sunday) at 1 p.m. at Angrignon Park (by the lake just outside the metro station).

Facebook lists 150 confirmed guests, which probably means it’ll get about 75 or so. The weather tomorrow is supposed to be cooler and dryer than today, but still warm and humid.

If you didn’t make it to the last one, check out the pictures on Flickr or Facebook to see what’s in store. 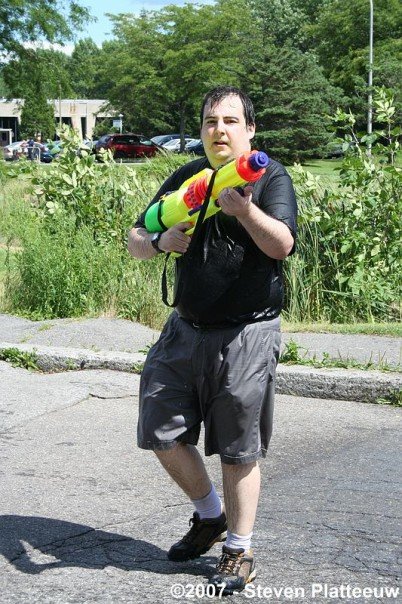 If I can look this sexy after being bombarded by water, chances are you can look better.

A few tips from someone who didn’t think before the first one: