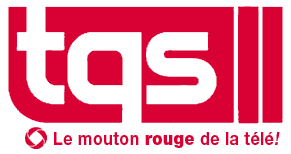 La Presse has a rumour (and CBC/CP rewrites that rumour) that Rogers is going to be buying the Montreal and Quebec City TQS stations, while Radio Nord (which already owns TQS stations in Outaouais and Abitibi) would buy stations in outlying regions.

I suppose it makes sense. Rogers owns what’s left of Citytv, a network without a station in Canada’s second-largest city. (I can just imagine the kind of outcry we’d have if they tried to convert TQS into an anglophone City station.) And if they are buying TQS out, chances are it would be for a significant discount.

UPDATE: Meanwhile, at Le Devoir, Paul Cochon looks at the blame game, and wonders why Quebecor (which owns TVA) isn’t being blamed in the same way Radio-Canada and the CRTC are.

UPDATE (Jan. 16): TQS gets its extension, and now has until Feb. 29 to decide what to do with itself. Meanwhile, Steve Proulx doesn’t think La Presse’s “scoop” is any more than idle speculation, and he thinks the CRTC is more to blame for TQS’s troubles than Radio-Canada.

One thought on “Rogers TQS?”