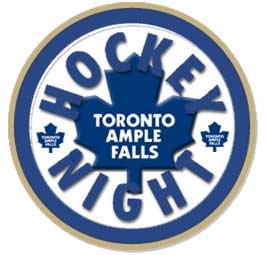 The Globe and Mail (or at least columnist William Houston) seems to have joined the expanding chorus of people who think that Hockey Night in Canada should drop the Toronto Maple Leafs as its default team, since it’s second-last in the Eastern conference and playoff prospects look weak.

It’s sort of a chicken-and-egg situation with the CBC and Toronto. They show the Leafs nationwide because the Leafs have the stronger fan base. But the Leafs’ fan base is largely a result of national telecasts.

I’m not in a position to say what team fans in Winnipeg, Halifax or other non-NHL towns should be watching, but I think the CBC should at least concentrate first on making sure NHL cities can watch their home teams — particularly Ottawa and Montreal. Sometimes the CBC splits its network up so that happens, but it should be for every Saturday where two Canadian teams are playing.

It’s not like cost is such a huge issue — HNIC is a huge money-maker for the CBC. And even then, I don’t care too much about the quality of the broadcast. Hell, they could simulcast RDS unedited and I’m sure cable-less Montreal fans would be perfectly fine with that.

Houston’s right: Ottawa is the dominant Canadian team at the moment, and it’s going to go much further toward a Stanley Cup this year than Toronto could ever hope to go. At some point CBC is going to have to make the switch.

UPDATE: Wow, it actually worked this time. That was fast.

3 thoughts on “Hockey Night in Kanata, anyone?”