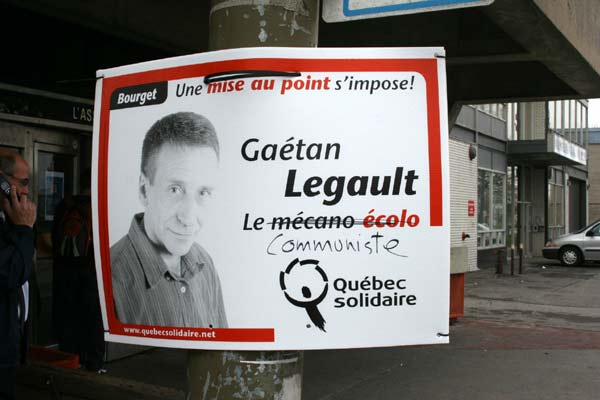 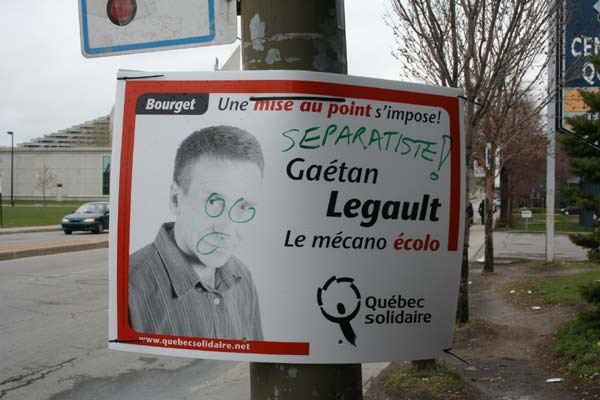 Gaétan Legault of Québec solidaire, who is apparently either a communist or a separatist (or a communist-separatist) is just one of 20 candidates running in three by-elections today in Quebec: Hull, Bourget (east-end Montreal) and Pointe-aux-Trembles.

Aside from the Big 3 parties, there are candidates in each riding from Québec solidaire, the left-wing party, the Green Party, which still takes itself seriously despite never winning anything, and the new Parti indépendantiste, which thinks the PQ is too soft on sovereignty. There are also two independents running in Pointe-aux-Trembles.

If you live in one of these ridings and for some reason haven’t been bombarded with information about this vote, check out the by-elections website.

One thought on “By-elections today”