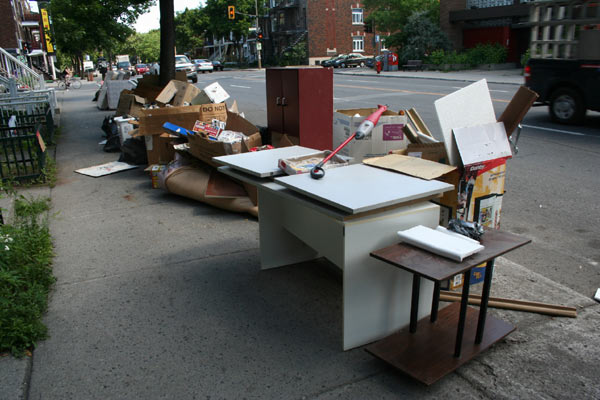 Anyone who wants to understand the vast excess of western society need only walk around anywhere in Montreal on July 1. There, you’ll find discarded furniture, empty boxes and lots and lots of garbage.

What gets me most about it, though, is the thought that before today, people had these things in their homes. Now it’s so useless even people walking the streets want nothing to do with them.

This is a post about Moving Day told in photos. 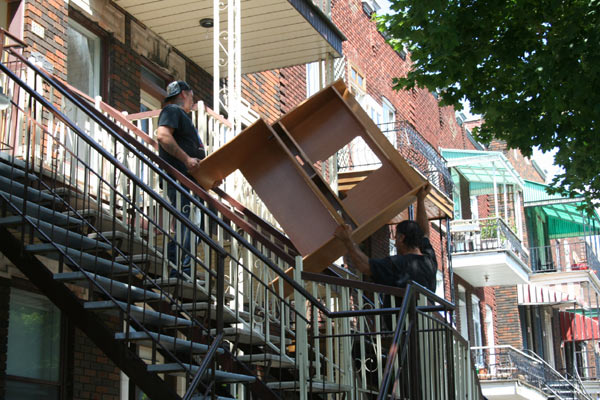 In the three apartments I’ve lived in, only the current one involves climbing stairs. The stairs themselves aren’t as difficult if they’re in short, half-storey bursts and don’t require any tight turns. Unfortunately, many of the city’s winding outdoor staircases don’t have landings and make life difficult for movers. 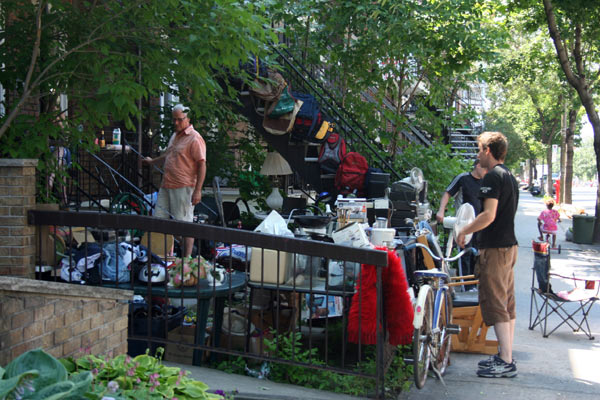 For those unwilling to take their junk with them, there’s always the hope that someone else might buy it off of you. Here, an impromptu yard sale on July 1. 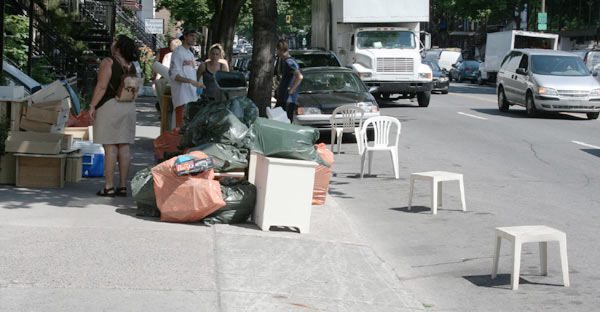 Parking on a busy street is difficult to get, and so many residents resort to putting chairs in the street as if to “reserve” the space for their coming truck. It’s illegal, of course, but desperate times call for desperate measures. 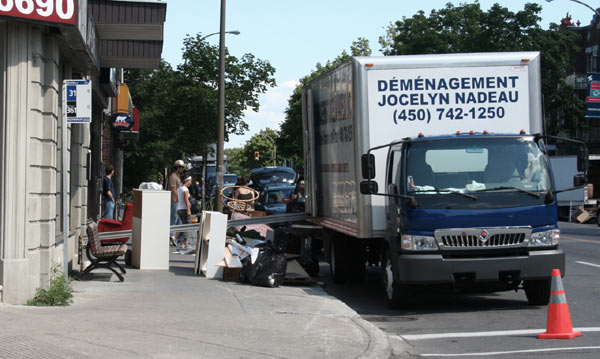 Others have similarly imaginative ways of getting trucks near their destinations. Some park diagonally, on the sidewalk. Others ignore the law, like this truck which is parked at a bus stop and is completely blocking the sidewalk with its ramp. 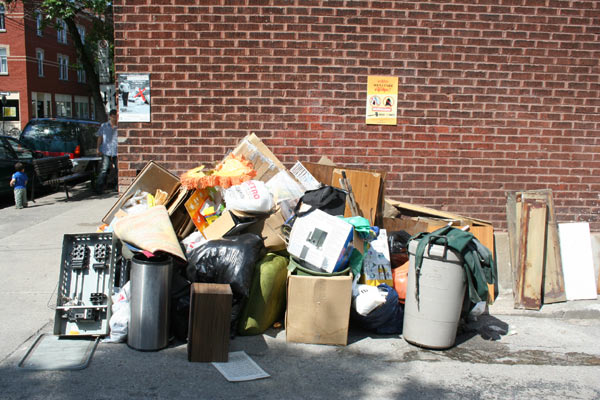 You know, when you’re dumping garbage in an alley, it’s probably best not to do so right under the sign that says you’re not supposed to do that: 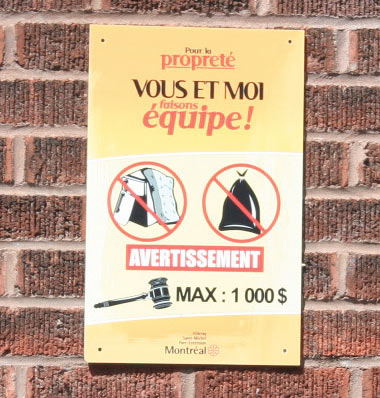 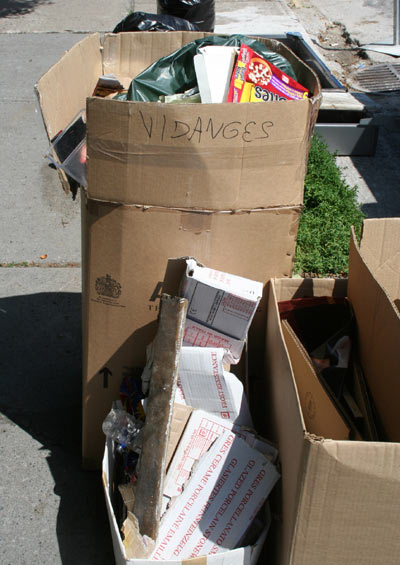 While most people are considerate enough to put their small pieces of garbage in bags, cans or boxes… 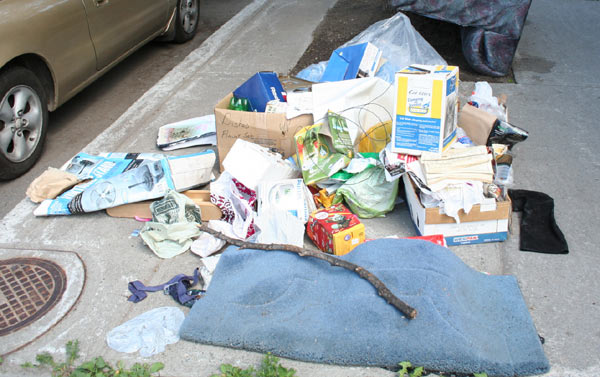 … others just assume the garbage man will clean their stuff for them, I suppose. 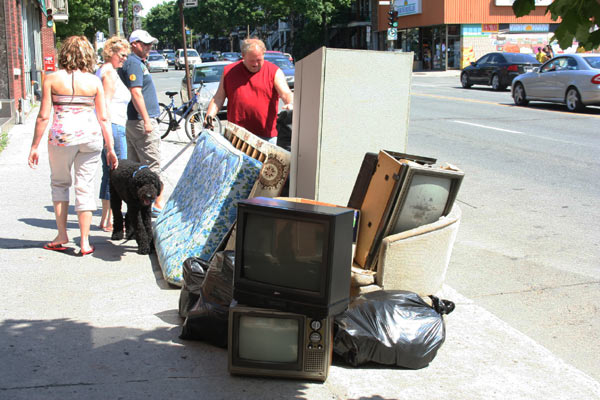 Yes, that’s three television sets. At least two of which were probably made before I was born. 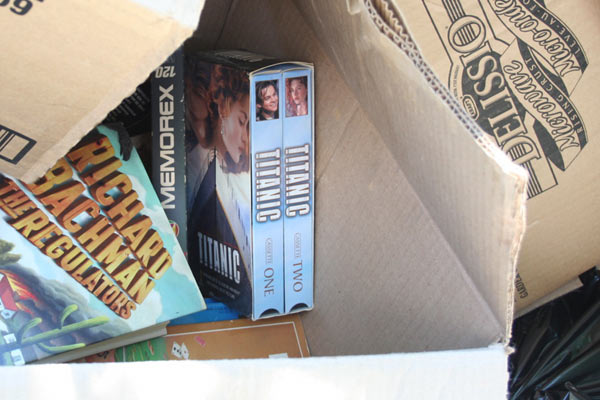 Someone threw out Titanic! 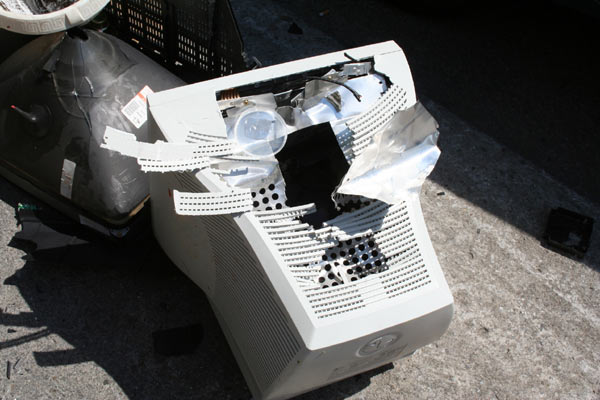 Someone clearly had fun with this before he put it outside.

UPDATE: It’ll be a while before it’s all picked up.

UPDATE (July 4): Chris DeWolf has some comments about the phenomenon at Spacing Montreal, describing it as a used furniture free-for-all. It’s true there are some nice finds out there (I’d have picked up a coffee table if I knew of a way to drag it home), but I’d be happier if those rare finds weren’t covered in garbage.

9 thoughts on “The day after Moving Day”