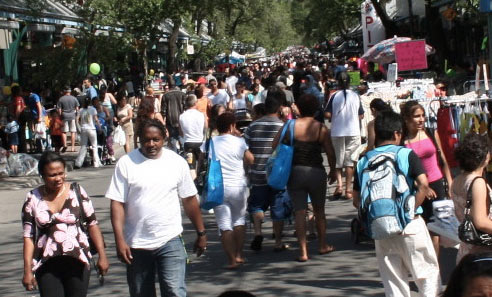 I pity people who have to drive around downtown this weekend. It’s worse than usual because of all the street closures:

And I’m sure there’s plenty I missed. It all adds up to one giant headache for downtown drivers. 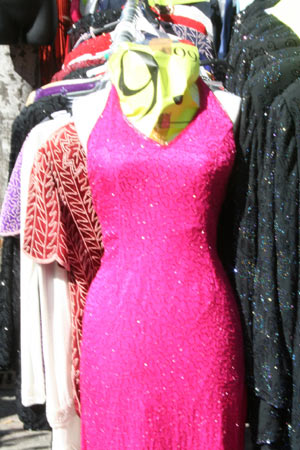 The St. Hubert street sale, which continues through until Sunday at 5, is always fun to go to if only for the $10 dresses they have on special. One might wonder what kind of quality you’d get in a $10 cocktail dress, but considering how many ads I see online for “dress for sale, used once” I guess disposable clothing is the next way forward. (Insert a snide generalization about females here, along with a mention of how I only go shopping for clothes when the alternative is walking around naked.)

But seriously, most stores do sell stuff at about 10% off, and/or take the opportunity to liquidate some less popular items at heavily discounted prices.

Photography shop L.L. Lozeau, at the very end of the strip near Bellechasse, is running a sale concurrently that adds a 10% discount on selected items, including all Sigma lenses. I took advantage to buy a cheap 70-300mm macro lens, which I haven’t had enough time to truly play with yet. 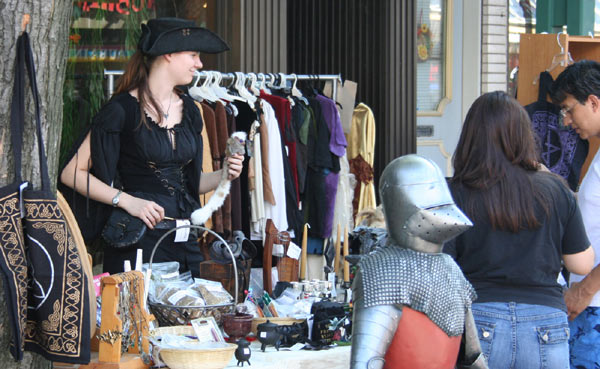 While there are many boring old regular places selling stuff (wallets, sandals and suitcases are never in short supply), there are also plenty of strange shops you’d never go into. Their stuff gets displayed, allowing you to pay attention without committing or having an awkward conversation with a store employee. 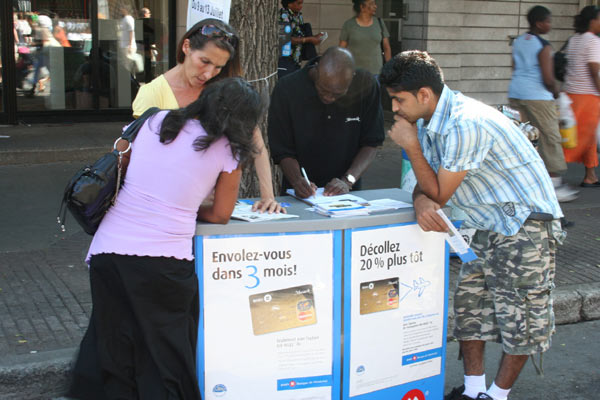 Some places feel they can’t be left out. Like the Bank of Montreal, which setup a table with forms on it. Awesome. 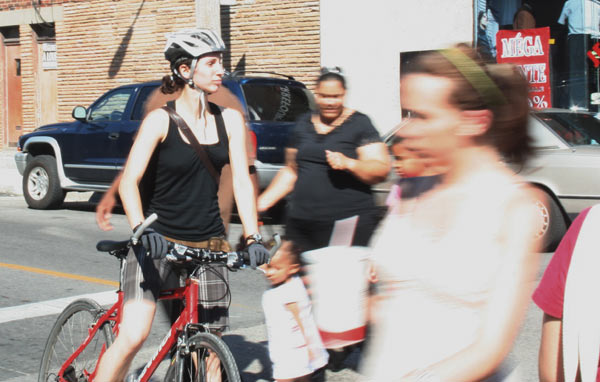 A side note: There really do seem to be two types of cyclists in this city: The one who is cavalier about safety and dangerous to everyone, and the one who is overly courteous and gets the grief for everything that other people do wrong. Pictured above is one of the latter, who despite having a green light was bombarded by pedestrians jaywalking illegally (hired security was, of course, useless in protecting safety here). She just waited it out, even though she clearly had the right of way.

A minute later, the light changed, and another cyclist zoomed by on the red. He was one of the former. 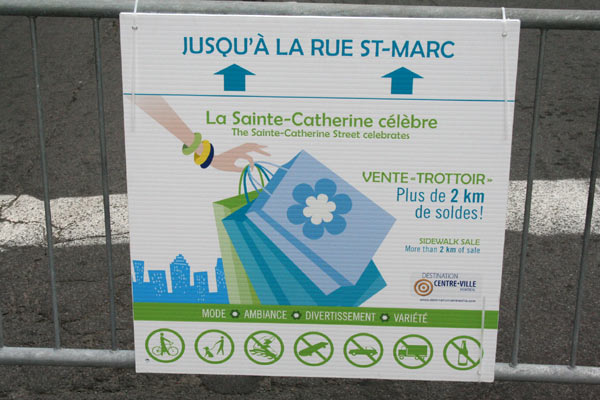 The Ste. Catherine Street sale, which continues until 7pm Sunday (though some shops will close up after 5) was packing up by the time I got there, but past experience shows it’s pretty much the same idea. Lots of restaurants setting up outdoor barbecues, clothing stores with racks on the sidewalk, and all sorts of other stuff under tents.

The sign above appears at every intersection (traffic is allowed to cross on north-south streets). You’ll notice it says “The Sainte-Catherine Street celebrates,” showing that there are still people who think they can translate things and can’t. 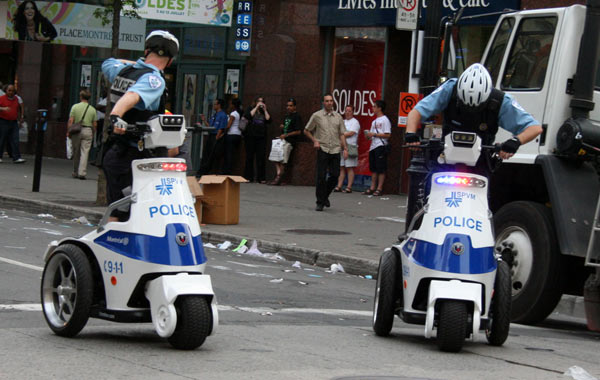 Montreal’s police department took advantage of the event to show off their latest gimmick crime-fighting tool. These three-whelled personal transport vehicles (“tricycles”, the guy outside the strip club called them) look like a cross between a scooter and a Segway. 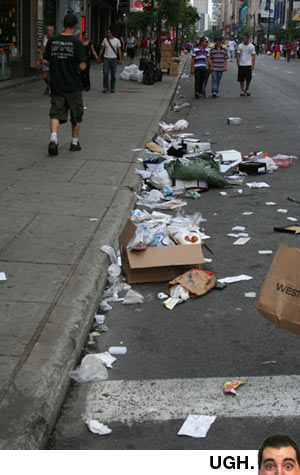 And, of course, the garbage. The Just for Laughs festival has what looks like an army of street sweepers to keep the area clean. The city sends in the trucks after the day is over and they vacuum up everything and wash it down. How so much garbage can get into the street in the first place is an exercise left to the reader. 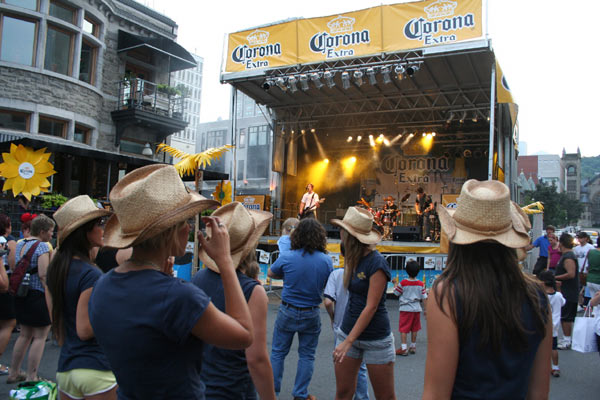 Crescent doesn’t offer much compared to the larger ones. It’s just a block, and mostly bars expanding their terrasses. But at the corner of de Maisonneuve, a stage is setup and a band is entertaining the crowd with songs from Nirvana and Sum 41. (Yeah, I can’t believe I put those two together either)

In the foreground, you’ll notice young ladies in blue shirts and cowboy hats who apparently are being paid for us to look at them and oggle. So enjoy.

All this, and I haven’t even started on the JFL stuff. So if you have some free time during the day today, go out and enjoy the party.