Stephanie Myles, who was once the full-time baseball writer for The Gazette and is now mainly covering Tennis, wrote last week about how she’s become disconnected from baseball ever since the Expos left for Washington.

The piece generated a lot of response from letter–writers, many of whom feel the same way.

CTV Montreal announced Thursday on the air that veteran Brian Britt is leaving his anchor chair, retiring from TV journalism less than two years after taking it from the only man more gravitasial than him, Bill Haugland.

Naturally, this being CTV Montreal, the news didn’t appear on their website until Monday. The news came suddenly to viewers and even some of Britt’s coworkers. Britt didn’t want anything announced ahead of time and didn’t want any big fanfare as was done to Haugland. He simply said his goodbyes a the end of Thursday’s broadcast.

Unsubstantiated rumours that would be journalistically irresponsible to report without verification suggest he was pushed out the door a bit earlier than he would have wanted, but they don’t seem to have any real traction. Prevailing opinion is that this was Britt’s decision.

For those who had Britt as the next off the island, give yourself a pat on the back:

Kristian Gravenor has Todd van der Heyden being promoted to the top anchor spot. That makes sense, since he has all the manufactured gravitas and the boyish looks. But I’m still pulling for ol’ Herb Luft, who’s felt at home in the anchor chair since back when he had hair.

UPDATE (July 28): CTV announced today (video) that van der Heyden will indeed replace Britt and will co-anchor both the noon and 6pm newscasts. Executive Producer Barry Wilson finally got around to giving Britt’s career the obit it deserved.

July 29: The Gazette has a story about the anchor change.

The Suburban’s Mike Cohen has some suggestions for new summer festivals in Montreal (as if we don’t have enough already), including a poutine festival and a smoked meat festival.

I think we should have a festival where underage teen girls dress sluttily, get super drunk on Crescent Street and have to be carried home while throwing up everywhere. I mean, we have that anyway, why not make it official? 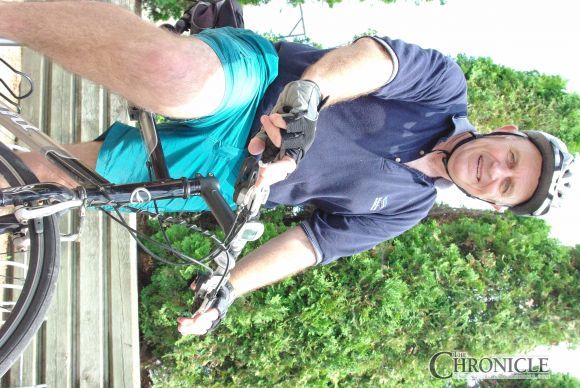 Speaking of how music is everything for dramatic video, it also (combined with a no-shots-last-more-than-a-second editing philosophy) can turn regular police officers into cool cop heroes.

*My horrible transcription skills combined with horrible grammar had the headline originally as “168 fonctions différents.” My apologies to the French language, though I still think it’s stupid of you to assign gender to inanimate objects and concepts.

A tornado!* Run for your lives!

*Not actually a tornado

Le Devoir is apparently being sued by a cookie company because of an article that criticized the company for marketing cookies as encouraging weight loss and preventing cancer.

I can’t find the original article online, but the letter from the company in response is there: It says in no uncertain terms that the company has never suggested that its Praeventia brand cookies had these kinds of benefits:

Well, I guess that settles that, then. 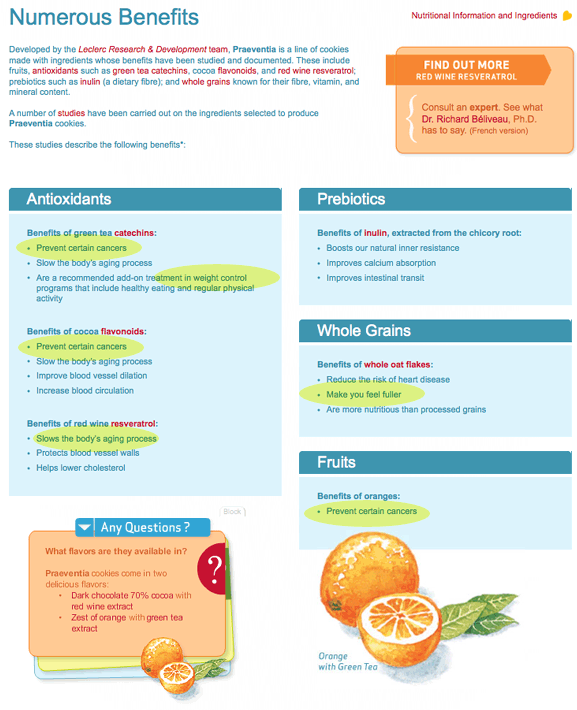 This web page includes the words “prevent certain cancers” three times. And though the company may be correct that they don’t claim it’ll cause weight loss, they certainly imply it pretty hard here (the words “weight control” also appear in the text).

Note to Biscuits Leclerc: Before you file your lawsuit, be sure to scrub exculpatory evidence from your website first.

Noted political commentator and former Mulroney speechwriter L. Ian MacDonald has disappeared from CJAD, according to The Gazette, which strangely couldn’t get in touch with one of its own columnists for comment.

iBliss is just around the corner.

By now you’ve probably heard about the Mike Ward OMGSCANDAL. Basically he made an off-colour joke about Cédrika Provencher in a bit about Revenu Québec. (There was a video on YouTube, but it’s been pulled because of that minor pesky copyright thing that bloggers think doesn’t apply to videos posted on YouTube.)

Today… (err, yesterday), Ward posted a video on his website responding to the OMGontroversy (via The Domster). There, he lambasts people who haven’t seen his show for suddenly having a problem with it a month later, and talks about how he’s being judged by random people on the street, getting death threats and is too afraid to start his car.

Now’s about a good time to remind people what the limits are on free speech:

If fonts were people (via Gizmodo via some bimbo)

(But really, Comic Sans is not a hero)

To complete my public-transit-in-the-news trifecta, The Gazette’s Henry Aubin has some suggestions about how the STM can help improve the network cheaply, based on readers’ comments:

But hey, that’s just my opinion.

XM Canada wants the world to know that it’s sponsoring a music awards show with a whopping two categories, and investing a grand total of $50,000 in prize money. For the mathematically challenged, that’s $25,000 apiece, or enough to cover airfare to the ceremony.

The awards will be given out in September, and rather than judge them based on merit, they’re putting it to a popularity vote.

Between this and the Junos, I think it’s safe to say that Canadian artists are well cared for.