Unless you’ve been living under a rock recently, you’ve noticed Loblaw’s’s new ad campaign promoting locally-grown fruits as part of a green strategy. I applaud Loblaw for embracing greener policies, but there’s still a way to go. 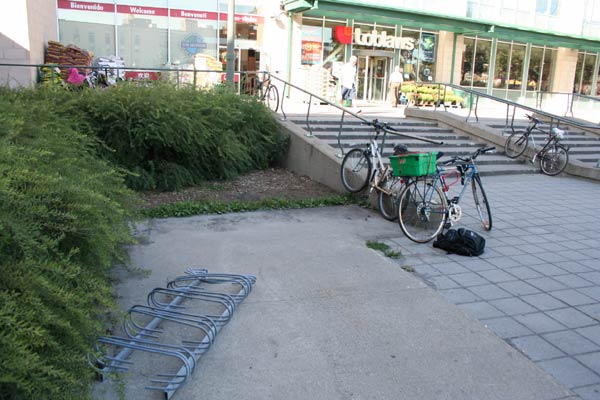 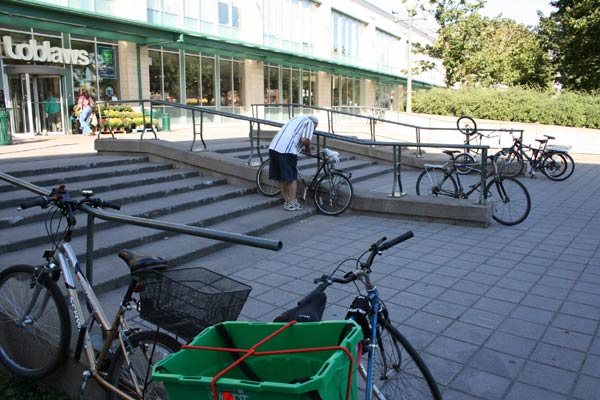 Instead, everyone hooks their bikes up to the solid railings nearby. Although that keeps the bikes relatively secure, it also interferes with anyone wanting to use the railings to help them up the stairs.

This has been going on for weeks now, which means Loblaws is either lazy or just doesn’t care. 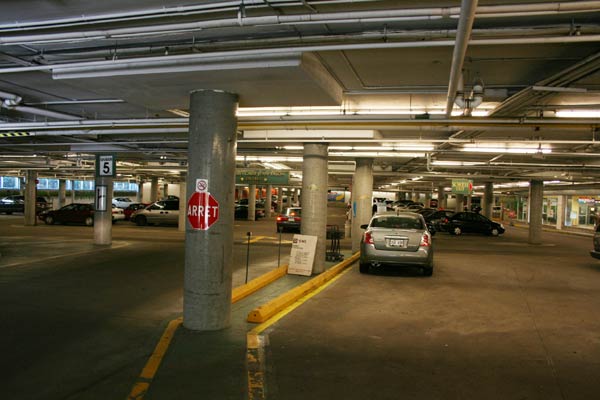 Underground, meanwhile, is a large parking lot that can hold over 250 cars. It’s free for shoppers up to two hours. 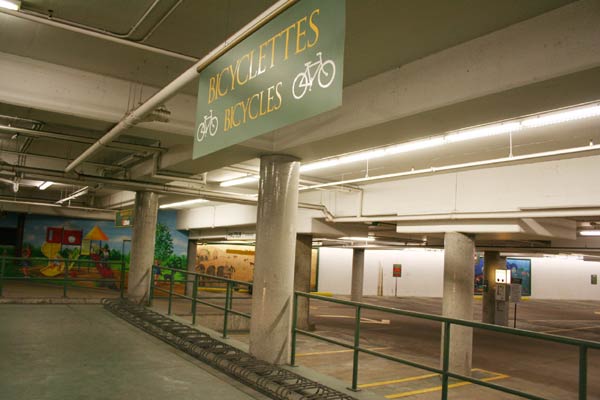 I was surprised to find, at the far end, parking spaces for bicycles. No signage exists anywhere else to point cyclists here, which is probably why it’s empty in the middle of the day (while bikes are locked to railings outside).

For a store so close to Park Extension, Villeray, Rosemont, Mile End and the Plateau, areas where bicycles are perhaps the most popular in Montreal, this store could make even a small effort to make cyclists feel more welcome.

14 thoughts on “Loblaws could do better”