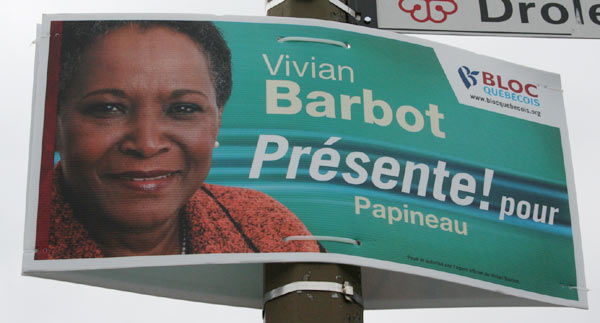 I was going to do a post about this campaign sign from Bloc candidate Vivian Barbot being up a day before the federal election was called, but Kate beat me to it (with the same candidate), and had a follow-up pointing out that there’s nothing illegal about this.

So instead I’ll contribute this, taken a day later: 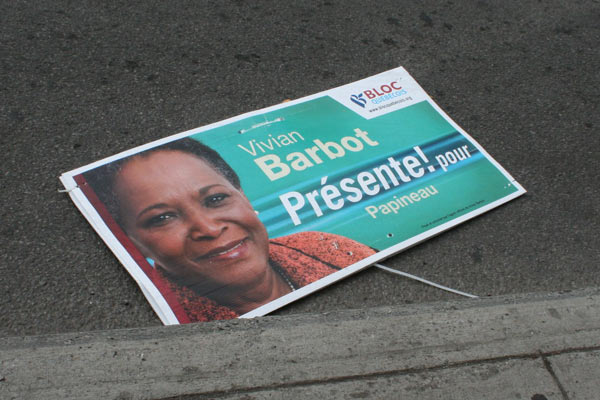 2 thoughts on “What Blocs up must come down”