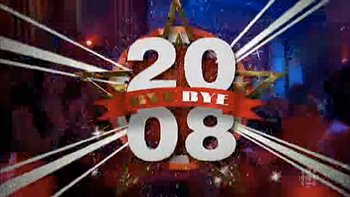 I was going to write a post about how Radio-Canada doesn’t put their television programs online for us to watch (unlike Global and CTV) despite being paid for by our taxes.

Turns out they have posted the Bye Bye and other New Year’s Eve programs for viewing, for a month. I realize licensing can be a complicated issue sometimes, but is it really so hard to get new programming to include unlimited online broadcast rights?

You can see the Bye Bye starting here in Windows Media format (and decide for yourself whether it’s as racist as everyone says it is). There’s also Laflaque, Infoman and TLMEP.

Unfortunately, the battle to get CBC and RadCan away from that horrible video format is still ongoing.

UPDATE (Jan. 6): Presse canadienne reports that 28 people complained to the CRTC about the Bye Bye, which doesn’t really tell us anything since it’s the nature of the complaints that matter. Radio-Canada has received hundreds of complaints.