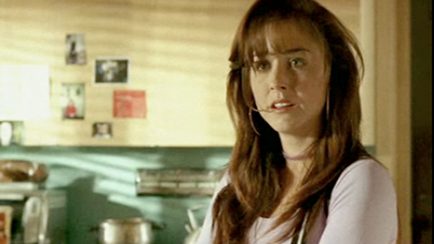 I just watched the premiere of CBC’s Being Erica, a show I was hopeful about a few weeks ago because of stuff it produced that it turns out has nothing to do with the show.

I was worried that this would turn into another amateur-produced series with cliché-crammed scripts that scream “this is a Canadian-produced show that wouldn’t survive 10 seconds south of the border”.

After the first episode, it’s too early to tell either way whether the show is worth watching. There’s plenty of cliché in it (rain starts pouring instantaneously when her date totally disses her). But there’s just enough nudity insanity later on to make up for it… I think.

I’ll let you know when I form an opinion. Until then you can watch it and form your own.

One thing that does annoy me (and, I imagine, most of the country) is the constant unnecessary references to Toronto. The high-school setting is set in 1992 (and makes a joke about a home computer that is at least a decade older than that), and references to the Blue Jays winning the World Series are inserted everywhere. The actual printed word “Toronto” appears at least four times in the 45-minute episode by my count. Even Sex and the City doesn’t reference its home city as often.

I’m starting to wonder if the city doesn’t have some product placement contract with the series somewhere, or if the Torontonians behind CBC television programming are really that obsessed with name-dropping their home town.

UPDATE: The premiere’s ratings were good or awful, depending on who you ask, but it’s hard to judge because the World Junior Hockey Championship on TSN sucked away most Canadian viewers. Nevertheless, critics seem to like it.

Inside the CBC has a post about Being Erica’s social media strategy (which will no doubt be analyzed to death on every Canadian social media blog). It includes the blog and YouTube videos I raved about earlier, as well as a fake Facebook profile (isn’t that a no-no on Facebook?).

UPDATE (Jan. 16): I just watched Episode 2, which apparently tried to make up for all the Torontoing of the pilot by mentioning Montreal seven too many times, and name-dropping some other towns too (Etobicoke?). Is the CanCon Committee paying them for every mention of Canadiana?

21 thoughts on “Yeah, we get it, Being Erica is set in Toronto”