Despite the dire warnings of cold snaps, the depressing weather forecasts that call for highs in the range of -20 and wind chills that drop right off the scale, there are professionals out there ready, willing and able to brave those awful conditions unnecessarily for the sake of their jobs.

Every day, dozens of them roam the city, looking for a suitable backdrop for their story about health care or education or politics, and for many the ideal spot for a stand-up report is standing on a street corner. It’s active, it’s bright, in some cases it might even be relevant to the story.

But in most cases, they’re patently unnecessary.

Something must be done.

I warn you, the images below may disturb you. Each features a television reporter standing outside long enough to welcome frostbite for a mere 20 or 30 seconds of TV time (some are from this week, others are from last winter, when conditions were not quite as severe). Some are “live hits” just for the sake of it. Others are prepackaged reports. In both cases, reporters have to stand much longer than they appear on camera, keeping still, with the wind wiping away whatever warmth they might hope to generate with their bodies. 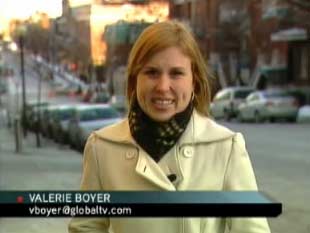 Global’s Valerie Boyer reports on computer hacking. In the middle of the street. 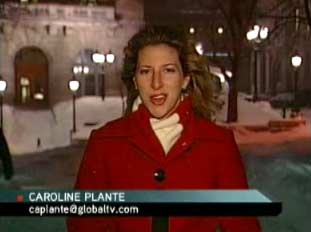 Global’s Caroline Plante reports on the Castonguay report on health care. Outside, in the dark. 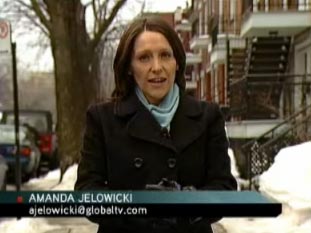 Global’s Amanda Jelowicki reports on Kosovo’s unilateral declaration of independence and Canadian reaction to it. From the sidewalk of a residential street. 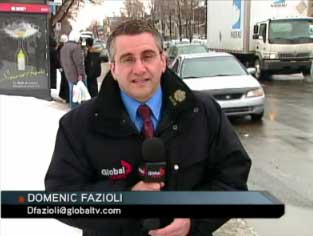 Global’s Domenic Fazioli reports on police looking for two suspects, in front of a bus shelter. 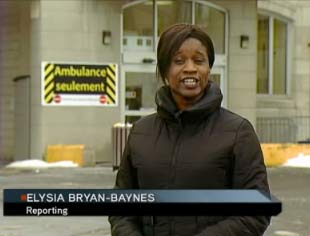 Global’s Elysia Bryan-Baynes reports on small hospitals that don’t want to merge with superhospitals, in front of a hospital. 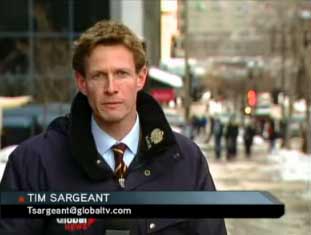 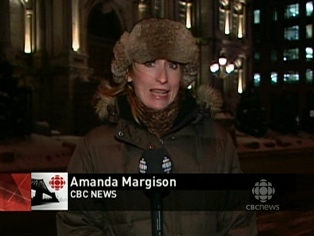 CBC’s Amanda Margison reports on a water main break downtown, 12 hours after it happened, from in front of City Hall (the break was over a kilometre west of there). 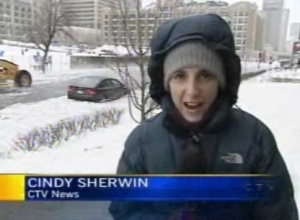 CTV’s Cindy Sherwin, desperate to keep warm, reports on the same water main break (though at least in daylight). 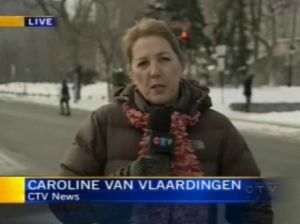 CTV’s Caroline van Vlaardigen reports on Hydro-Quebec asking people to reduce electricity usage, from the middle of the street. 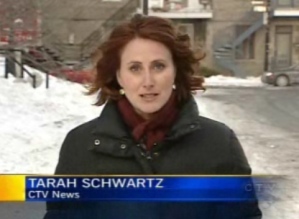 CTV’s Tarah Schwartz reports on a story about whether unions should take part in protests. From some street somewhere (after having interviewed a subject in a warm building).

There have been no published reports of lasting injuries because of reporters being forced to stand out in the cold, but this is no reason to continue this barbaric act. Even dogs get better treatment than this.

We must do something now. Call or email your local TV station and demand they bring these poor defenceless creatures in from the cold.

8 thoughts on “We must do something about the poor reporters”