Not many of you read the print version of my newspaper. Probably even fewer of you look at the classified section anymore. Craigslist and others like it have gutted what was once the most reliable of revenue sources for newspapers. What used to be the thickest section of the paper only a few years ago (recent enough that even I remember it) has now become the smallest, even when you include the comics and puzzle pages.

But while inexpensive listings like furniture and electronics have almost completely disappeared, high-ticket items like cars and homes are still around. The few bucks it costs to put a listing in the paper is still such a tiny fraction of the total cost that it still makes sense. And so the classified section, though skewed toward those two categories (plus employment ads), lives on. 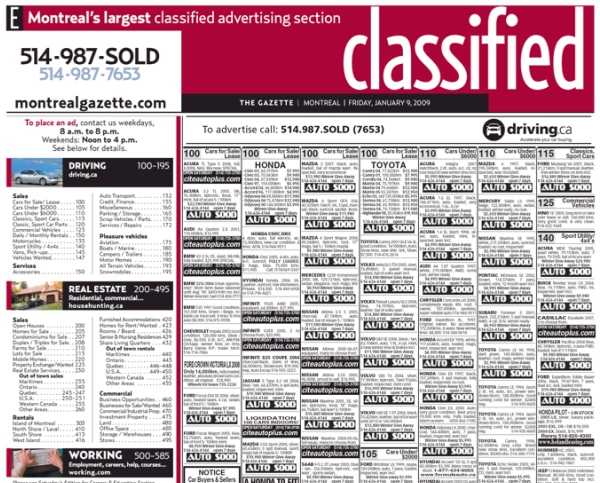 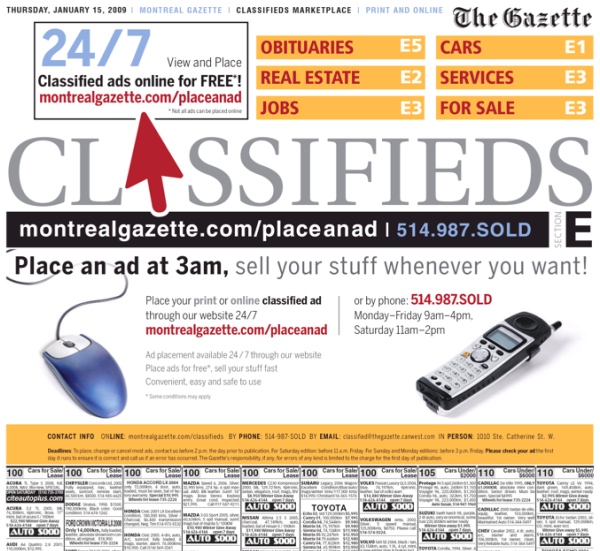 The new layout is a standard one which also appears in the Vancouver Sun and Ottawa Citizen: 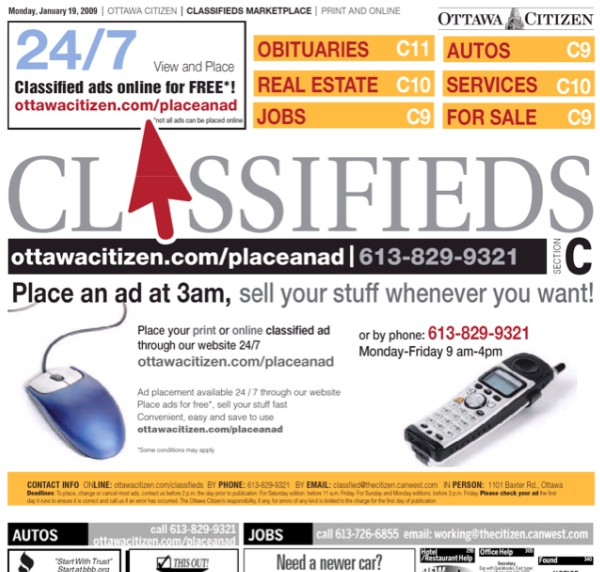 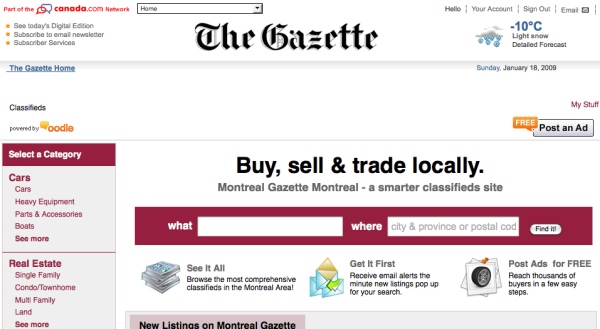 The biggest change that’s being hyped is that the paper will finally begin accepting classified ads online for the newspaper and the website. Some are free online (garage sales and community events, which people wouldn’t pay to post anyway), and others are still very expensive (like employment ads), which will serve to weed out the cheap stuff and hopefully bring in some of that desperately-needed revenue.

The flip side to accepting classifieds online is that there will be less work done on the phone. Opening hours have been reduced from 68 hours a week to 38 as weekday evening hours and Sundays are cut. The union worries that effeciencies will eventually lead to redundancies and layoffs of classified staff.

But it’s a long overdue move considering the staggering decline in classified advertising and the labour saved in having people type in their own ads online.