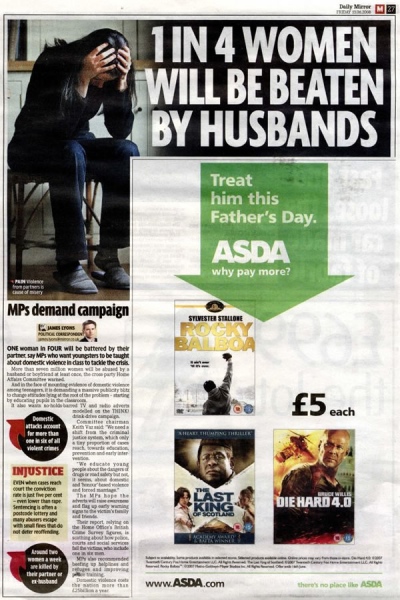 This page from London’s Daily Mirror from last year is getting passed around online as of late. A fellow editor spotted it on LiveJournal. It’s also on Reddit, which pointed directly to an image on Joey deVilla’s blog. Here’s his blog post from June, where the image originates.

The layout of the article here looks funny to me, but that’s because I work for a broadsheet instead of a tabloid. It also shows the problem when editorial and advertising put together parts of a page without seeing what the other is doing until after edition.

7 thoughts on “Ad placement is everything”