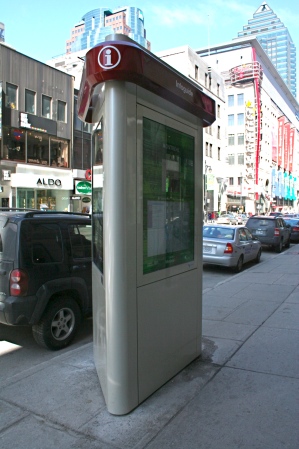 Earlier this month, the city installed a new one of those tourist guide pillars on Ste. Catherine St. just east of Peel. Since that’s just outside the Gazette office, my colleagues quickly took notice. A bit bigger than the three-sided pillar it replaced (but not as big as those giant cylindrical ones), it is noteworthy because the map side is actually an interactive touch screen. 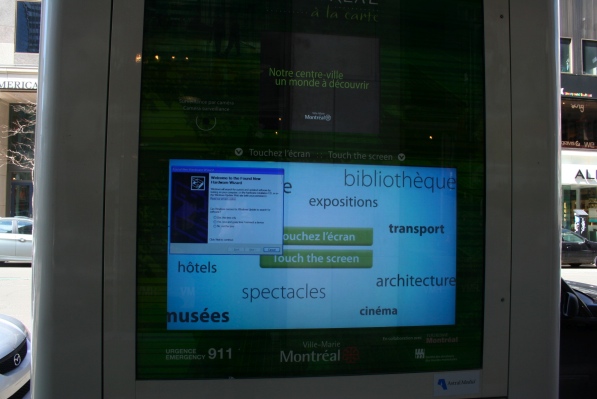 An information screen above a larger touch screen with tourist information

In fact, it’s two screens working in concert, though the top one is easily ignored because its black background blends in so well.

It’s a prototype developed by Astral Media, which owns the other pillars. Right now the touch screen consists solely of a downtown map and some buttons that allows you to locate various types of locations on it (metro stations, hotels, etc.). There’s also a video camera to deter vandalism or attempted theft. 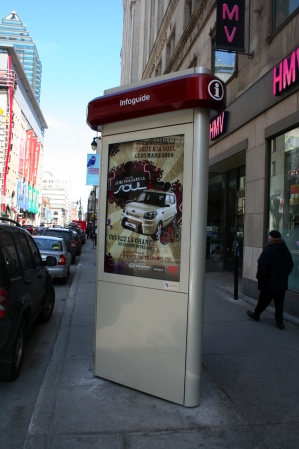 Ads are slightly less static too

The other two sides have static display ads. Though there’s some “innovation” there too. The ads are actually scrolled (I mean that literally) back and forth to either allow some timesharing or just impress some marketing executives. 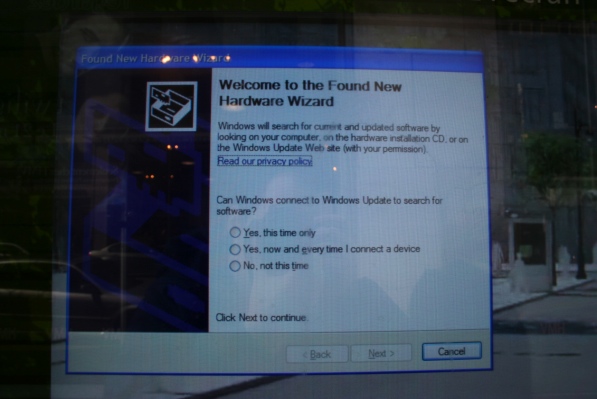 7 thoughts on “The future of street advertising”