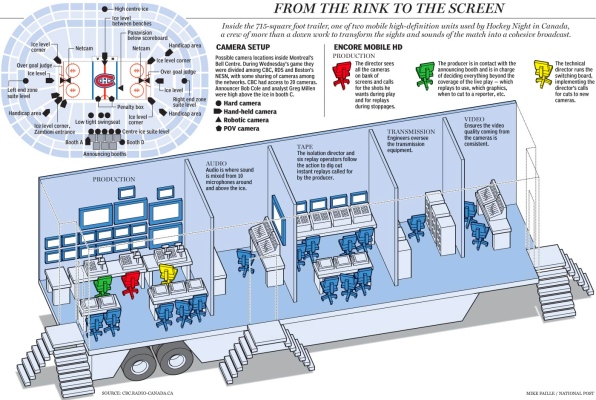 The National Post’s Graeme Hamilton has a feature piece on the behind-the-scenes technical production of a Hockey Night in Canada broadcast. It focuses on what happens inside the high-definition trailer (specifically, the rapid change of camera angles and the rush to get instant replays on air).

It includes the graphic above, which looks at the layout of the trailer and the positioning of the dozens of cameras in a given arena.