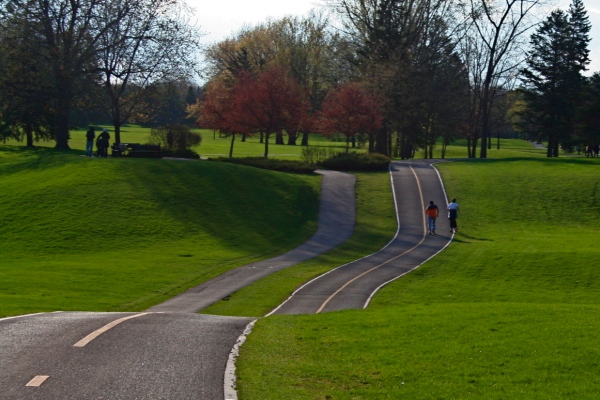 I know it’s a beautiful day and you want to take a nice jog around the park, but you must have realized by now that you’re jogging in the middle of a bicycle path. For various reasons, most notably the speed difference between you and the cyclists who would pass you, it is dangerous for you and those cyclists for you to be jogging in our path. Acknowledging this by shifting to the side when you see us coming doesn’t mitigate that, if only because you don’t see us coming behind you.

It’s not like there aren’t enough places to jog in this city. Most streets have sidewalks on both sides, but even with this city’s stellar reputation as a bike-friendly town, the bicycle path network is a patchy, disconnected mess. This is one of the few isolated bike paths in town, and you’re standing in the middle of it.

I know there’s something about the asphalt winding through the grass that is just so irresistible. If we could give you your own asphalt path to walk on we could.

Oh wait, there’s one ten feet to your left. Your own special lane. There are even little icons painted onto the ground at regular intervals to make clear that there’s a walking path and a bicycle path. Using our path when you have one of your own, that’s just being a douchebag. 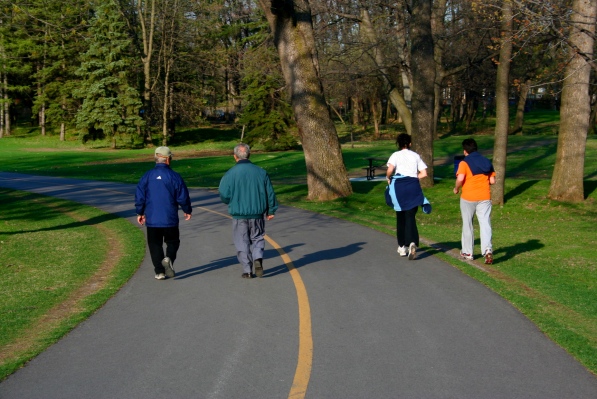 The best part is when you pass by some senior walker douchebags who are walking in the lane for oncoming traffic, creating a pedestrian wall to make it even more dangerous for everyone. 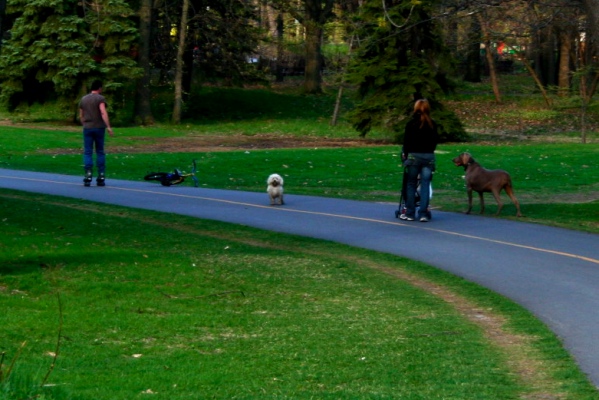 I see you have a child (not pictured) with you today, and he’s on his bike. Well, actually he’s not on his bike. His bike is on its side on the bike path.

As one of the safer bicycle paths in the city, this is a perfect spot for children. I fully support his right to use this path, even if he may be slow and prone to randomly changing directions.

You, however, are not on a bicycle. The stroller you’re pushing may have wheels, but they are not sufficient to qualify for this special lane.

Oh, and your two dogs, who are off their leashes and randomly cross the bike path oblivious to bicycle traffic? Yeah, that’s pure douchebaggery. 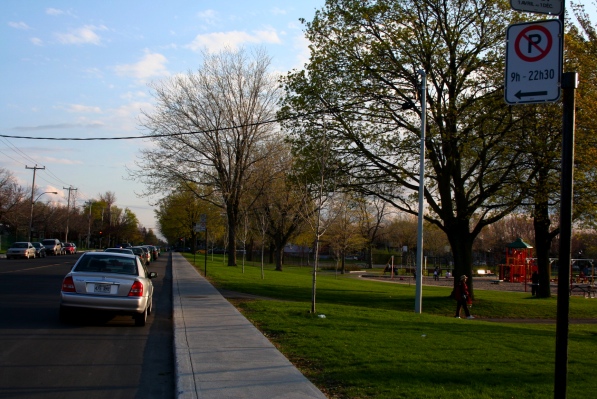 I understand that there aren’t any painted lines here that denote the fact that you’re parked in the middle of a bicycle lane. There are those green posts though, and all the cars in front of you are parked six feet from the curb. Did you not stop for a moment and wonder why?

No, instead you stayed in your car (which, I might add, would be parked illegally even if it wasn’t in a bicycle lane) and did nothing as I tried to squeeze by in the narrow groove you left on your right side. I suppressed the urge to let my handlebars scrape against the side of your car making a long noticeable gash. This time.

And while I’m at it… 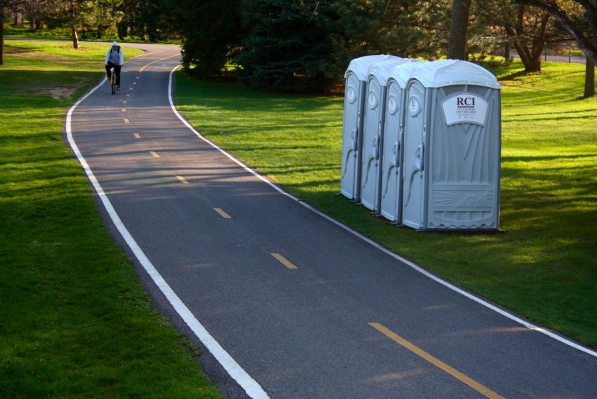 This is a large park with lots of fields on it. You couldn’t figure out anywhere better to put your portable toilets? Did you not consider the danger inherent in an opaque door opening onto a bike path at the bottom of a hill? Could you not have put the toilets on the other side, or had the doors facing another way, or even just moved them over a few feet to reduce the chance of a bathroom-goer getting smashed by a cyclist at high speed?

Some things to think about folks.

35 thoughts on “What part of “bicycle path” don’t you understand?”