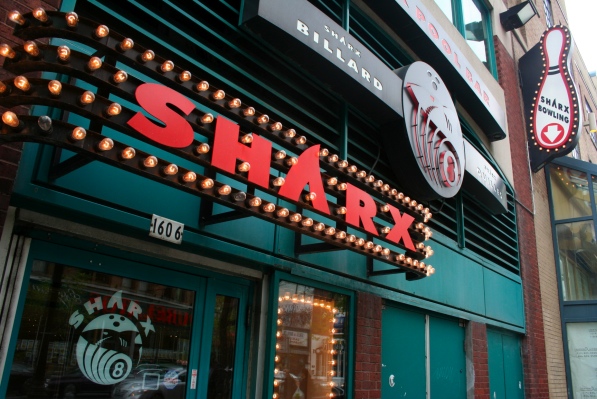 Sharx, a pool/bowling bar on Ste. Catherine St. W.,  has a reputation as an elegant, relaxing place to spend an evening and have fun with your friends. It’s a perennial favourite in the Mirror’s Best of Montreal under the “best pool hall” category, which it won again this year.

But thanks to an article in the New York Times on Sunday, it now has the additional honour of being the most credit-unfriendly place in Canada.

It’s not Sharx’s fault, but apparently, according to a study done in 2002 based off data from Canadian Tire credit cards, 47% of people who used their cards here missed a credit card payment over the next 12 months. That’s higher than anywhere else in the country.

(Of course, this only applies to people who use Canadian Tire credit cards at Sharx. Perhaps those who use cash or bank-issued cards are more trustworthy with credit?)

Thankfully, such fine-tuned criticism of people’s credit card histories isn’t the norm (yet), because of concern from the industry that people might resent the companies knowing so much about them.

Especially when they can’t always be trusted with that data.