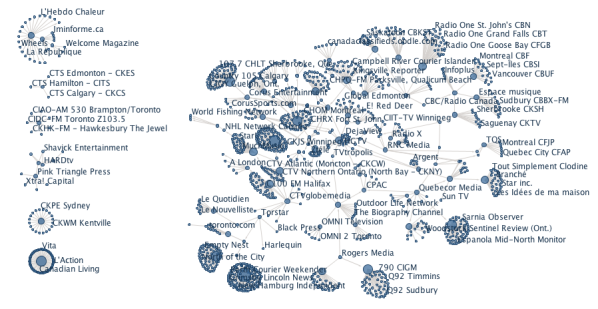 The CBC has played with cool new technology from IBM to create a network map of media ownership in Canada as part of a special section dealing with the future of television.

While it does look cool, it’s not particularly useful for understanding media ownership. For one, large corporations are represented by tiny dots, and the network looks a lot more incestuous than it should because of things like CPAC (which is financed by all Canadian cable and satellite providers) and other joint ownership situations.

That data behind it, however, are publicly available and can be used to create other visualizations. Making the size of the dots proportional to gross yearly revenue might make it more interesting.

One thought on “Ownership mothership”